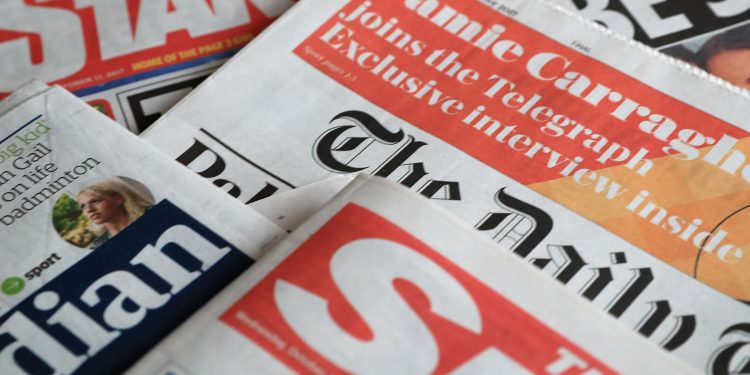 The Daily Mail, Daily Mirror and The Sun report Ali Harbi Ali carried out years of research on high-profile targets, including Communities and Levelling Up Secretary Michael Gove, before killing Sir David in October 2021.

Elsewhere, Metro carries a first-hand account of the evacuation of two journalists from the besieged Ukrainian city of Mariupol.

The Times says Russian forces have stepped up their assault on the city and threatened civilians in an effort to “break Ukrainian resistance”.

Russian troops have even opened fire on peaceful protesters in the captured city of Kherson, according to the i.

The Daily Telegraph reports Italian authorities have been urged to seize a £500 million superyacht which is allegedly owned by Vladimir Putin, while The Guardian says more than 17 billion dollars of global assets have been linked to Russians with alleged ties to Putin.

The Daily Express leads with calls for Chancellor Rishi Sunak to raise the state pension to help fight the cost of living crisis.

The Independent carries comments from Nazanin Zaghari-Ratcliffe, who said she “should have been back six years ago”.

The Financial Times reports the chief of the US Federal Reserve has signalled an “expeditious” tightening of monetary policy.

And the Daily Star leads with Chris Kamara’s decision to quit live TV after being diagnosed with a speech disorder.