What time is Moon Knight episode 4 released on Disney Plus? 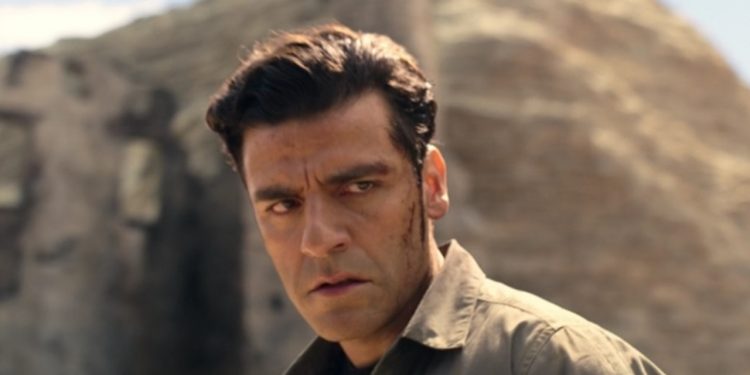 
Moon Knight episode 4 will kick off the second half of the Marvel TV show’s six-episode run. And, without wanting to sound hyperbolic, we don’t think you’re ready for how surreal things are about to get.

How do we know that? Well, we’ve seen the Disney Plus show’s first four episodes – check out our spoiler-free review if you haven’t yet –  so we’re well placed to say so. Suffice to say, if you’ve enjoyed Moon Knight up to this point, you should be excited for what else is in store for Steven Grant and company.

Before we raise your expectations to “hype train is leaving the station” levels, though, you’ll want to know when Moon Knight episode 4 is due to release on Disney Plus. Below, we’ll walk you through its exact release date and time, plus we’ve provided you with a full release schedule for the Marvel Phase 4 project. Be sure to bookmark this page, then, for future Moon Knight episodes.

If you’re after more Moon Knight-based content, check out our Easter egg articles for episode 1, episode 2, and episode 3. If you’ve read those already, however, crack on with reading the rest of this article.

When is the next episode of Moon Knight released on Disney Plus?

Unfortunately for US viewers, that means it’ll be a late night (or very early morning) if you want to stream episode 4 as soon as it goes live. UK audiences, meanwhile, should have the chance to catch it before they head off to school or work.

India-based Marvel fans could feasibly catch it on their lunchbreak, while those based in Australia and New Zealand can watch the show’s next instalment as soon as the workday ends.

No matter where you’re based on earth, you’ll want to take precautions on social media if you can’t watch Moon Knight episode 4 until Wednesday evening (or even later in the week). We aren’t joking when we say that there’s a hugely significant moment in episode 4’s final minutes, so you won’t want it spoiled for you on Twitter or other social media apps.

Our advice? Make sure you’ve muted #MoonKnight, #MoonKnightspoilers, #MoonKnightepisode4, and #MarvelStudios before April 20 rolls around. You can thank us later.

How many Moon Knight episodes will be released? Full launch schedule

After the show’s fourth episode airs, we’ll only have two more entries until Oscar Isaac’s time as the caped vigilante comes to an end. Well, hopefully for the time being, at least. It would be good to see him reprise his role as Marc Spector/Steven Grant/Moon Knight/Mr Knight in the future, but we’ll have to wait and see on that front.

Regardless, there’s plenty of other Marvel Cinematic Universe content on the way, including Doctor Strange 2 (May 6) and Ms Marvel (June 8). So you won’t be waiting long for new Marvel movies or TV series to watch.

Want to Start an E-commerce Business in Retirement? 10 Reasons Why This Is a Great Idea

Want to Start an E-commerce Business in Retirement? 10 Reasons Why This Is a Great Idea