What to Expect From Release Date to Cast and Plot 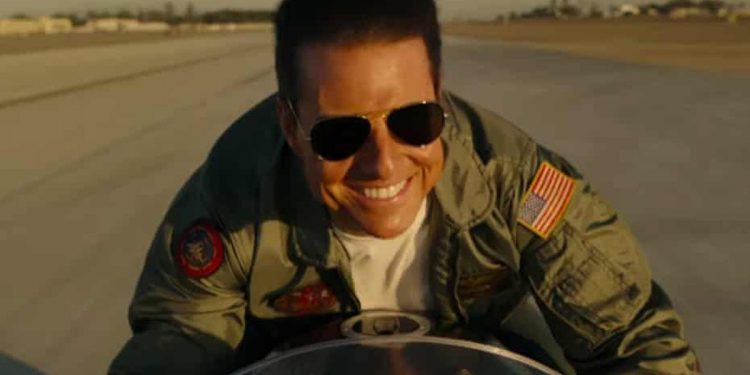 It’s not often that a studio releases a sequel 36 years after the original, but that’s precisely the case with Top Gun: Maverickthe follow up to Tom Cruise’s 1986 classic action flick.

There has been talk of a Top Gun sequel since 2010, and even though Cruise is now 59, he’s showing zero signs of slowing down.

What’s the sequel about?

“After more than thirty years of service as one of the Navy’s top aviators, Pete’ Maverick’ Mitchell (Tom Cruise) is where he belongs, pushing the envelope as a courageous test pilot and dodging the advancement in rank that would ground him.

“When he finds himself training a detachment of Top Gun graduates for a specialised mission the likes of which no living pilot has ever seen, Maverick encounters Lt. Bradley Bradshaw (Miles Teller), call sign: ‘Rooster,’ the son of Maverick’s late friend and Radar Intercept Officer Lt. Nick Bradshaw, aka ‘Goose’.”

“Facing an uncertain future and confronting the ghosts of his past, Maverick is drawn into a confrontation with his own deepest fears, culminating in a mission that demands the ultimate sacrifice from those who will be chosen to fly it.”

Jerry Bruckheimer, who produced the film, told the Hollywood Reporter in 2014, “The concept is, basically, are the pilots obsolete because of drones… Cruise is going to show them that they’re not obsolete. They’re here to stay.”

Director Joseph Kosinski spoke of how Maverick has changed since the first film, telling Empire, “In so many ways he’s still the guy that we remember from the first Top Gun.”

“He keeps that old Ninja under a tarp in the hangar and still wears those Ray-Ban aviators. He’s the best at what he does, and he’s given his whole life to aviation.

According to Jon Hamm, there’s not a lot of CGI in the film. What you see is what they actually shot.

“Those guys are really up in planes and getting thrown around in multiple Gs,” he told Jo Blo.

He added that the sequel has “a very similar vibe to the first one”.

Who’s in the cast of Top Gun: Maverick?

Speaking with Total Film magazine, director Joe Kosinski highlighted that having Kilmer return for the film was a particularly big win for him.

“That was a huge, huge get – having Val come back to play Iceman.

“To get to work with an actor of that caliber, to see the chemistry, the camaraderie between him and Tom, and to have those two characters reunite in this film, was a really special moment, and one of my favorite parts of the film,” he said.

Some of the other stars include Jennifer Connelly, Jon Hamm, Ed Harris, Glen Powell and Manny Hyacinth.

Kelly McGillis, who starred as Charlotte ‘Charlie’ Blackwood in the first film (Maverick’s love interest), revealed to Entertainment Tonight in 2019 that the studio never asked her to return.

“I’m old and I’m fat, and I look age-appropriate for what my age is, and that is not what that whole scene is about,” she said.

McGillis added that while she doesn’t know Connelly, she’s “so glad that she got that opportunity”.

The film was initially set for release in July 2019 after being shot in 2018. Sadly, the studio pushed back to June 2020 due to complex flight sequences that required more time.

There was then talk of a November 2021 release date, but that obviously didn’t happen, either.

The latest Australian release date we’ve received for Top Gun: Maverick is May 26, 2022. It will also be screened at the 2022 Cannes Film Festival in May.

Can I see a trailer?

Yes! Paramount has dropped a couple of official trailers for the Top Gun: Maverick film, which you can check out below.

Where can I watch the original?

If you’d like a refresher on the OG film, you can stream Top Gun (1986) on Netflix, Stan and Paramount Plus.

This article has been updated since its original publish date.