What to know about late ‘Toddlers and Tiaras’ star Kailia Posey: She will be remembered for her sweet spirit – Fox News

Editor’s note: This story discusses suicide. If you or someone you know is having thoughts of suicide, please contact the National Suicide Prevention Lifeline at 1-800-273-TALK (8255).

“I don’t have words or any thoughts,” she wrote. “A beautiful baby girl is gone. Please give us privacy as we mourn the loss of Kailia. My baby forever.”

The family issued another statement confirming Posey’s cause of death, stating: “Although she was an accomplished teenager with a bright future ahead of her, unfortunately in one impetuous moment, she made the rash decision to end her earthly life.

“We are completely shattered as a family and left with more questions than answers,” the statement continued. “We ask for privacy as we attempt to find ways to cope with the senseless loss of our beautiful girl.” 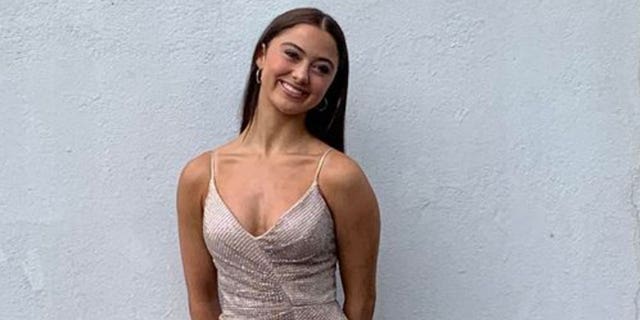 Here are a few things to know about the late pageant star.

Posey made her pageant debut as a toddler

Posey got her start on “Toddlers and Tiaras,” the same TLC show that launched the career of Alana “Honey Boo Boo” Thompson.

Posey made her debut in 2012 at 5 years old on an episode titled “California Tropic Arizona.”

The TLC show ran for seven seasons and ended in 2016. The show followed families as their young children competed in beauty pageants.

During her time on the show, Posey was captured smiling eccentrically for the confessional camera, which was memorialized in a viral meme that has been shared over the past decade. In the family’s statement on Tuesday, her family called Posey the “grinning girl,” referencing the popular GIF.

In 2016, Posey’s mother shared in an episode of “Toddlers and Tiaras” that her daughter began pageants when she was 3 years old.

Posey continued to participate in pageants following her time on the show. She documented her life as a pageant star on her Instagram, which has over 37,000 followers.

Posey’s most recent competition was in February at Miss Teen Washington, where she placed second runner-up. She was also awarded the Miss Photogenic award, which was chosen by the public.

“One word. Thankful,” Posey shared to Instagram with images from the pageant.

The family noted in its statement that Posey has “won countless crowns & trophies after competing on the pageant circuit her entire life.”

‘Highly acclaimed talent as a contortionist’

Aside from her time competing in pageants, Posey spent her time practicing contortion. Her mother began training her when she was just 3 months old.

She often included contortion in her pageants, as she documented on Instagram. Posey shared an image of herself performing during a pageant in Little Rock, Arkansas, in April 2021.

“I had a great time this week thank you to everyone who cheered me on,” Posey captioned her post.

Posey’s family statement noted that her “highly acclaimed talent as a contortionist had already led to professional touring job offers.”

Branching out into acting

Although Posey doesn’t have a long track record in acting, she did make her debut in 2018.

The teen played the character “Agnes” in Netflix’s horror movie “Eli,” which premiered in 2019.

According to her family’s statement, the late teen also had a “longtime” passion for aviation.

Her “dream was to continue in the entertainment industry while pursuing her commercial pilot license,” the statement said.

“Our hope is that she will be remembered for her sweet spirit and the way she touched so many lives in a positive way,” the family’s statement concluded,

The family has also set up a Whatcom Community Foundation fund in Posey’s name with all contributions going to “providing resources to help students in crisis.”