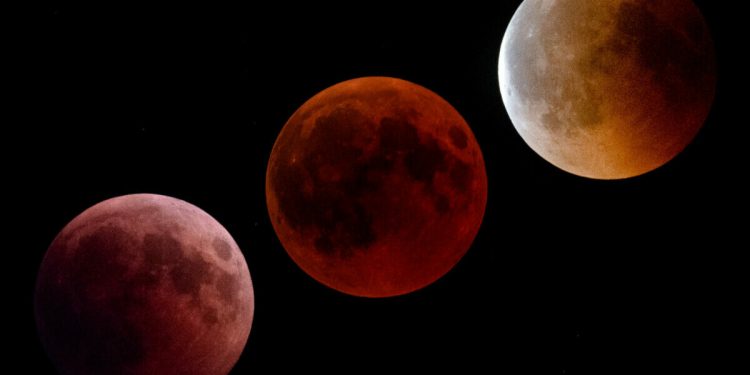 The National Weather Service is calling for cloud coverage and a 20 percent chance of showers tonight. However, we think Sebastian will have clear skies and no rain for tonight’s Lunar Eclipse.

It’s also safe to view tonight’s lunar eclipse with your naked eye, and you don’t need any gear to protect your eyes.

It’s best to avoid bright lights and tall buildings that could obstruct your view. Instead, you could use one of the public docks for optimal viewing conditions.

During tonight’s lunar eclipse, the Moon will turn red because the only sunlight reaching the moon passes through Earth’s atmosphere.

If for some reason, you can’t observe the lunar eclipse outdoors, NASA will feature livestreams of the eclipse starting at 11:00 p.m. from different locations across the globe.

Andy Hodges was born in Annapolis, Maryland, and raised in Jupiter, Florida. He has been a radio and TV personality since the mid-1980s. He has worked for WFLX-TV (Fox 29), WIRK, WLIZ, WIXI, WKSY, WRMF, and others. In 1994, Andy took a break from broadcasting and was a software and systems engineer for various companies. In 2002, he permanently moved back to Sebastian, where Andy’s family has lived for over 45 years. He returned to the broadcasting sector in 2005. Andy joined Sebastian Daily as our editor-in-chief in 2016.