What’s next for Lakers? Notes on Nick Nurse, Russell Westbrook and more – The Athletic 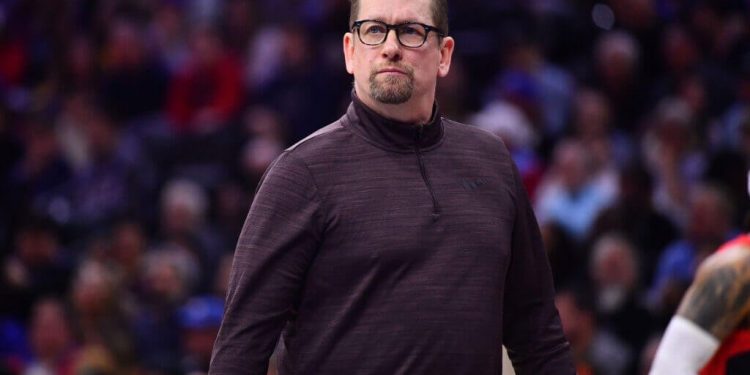 After a failed season that started with a draft-night trade heightening championship expectations and ended outside of the postseason, the Lakers must re-evaluate everything, from their decision-making to how they surround two All-NBA pillars to their coaching staff. And changes are coming.

In three seasons as Lakers coach, Vogel helped lead the franchise to the 2020 NBA championship and had a 127-98 record. But these Lakers have been searching for a new voice, and Vogel, who is entering the final year of his contract, saw defensive slippage and had his voice wane throughout the season.

Nurse, who led the Raptors to a championship in 2019, signed a multiyear contract extension in 2020 and has two years left on his deal. It’s unclear whether he will be attainable or whether he would have interest, but the Lakers are hoping the former Coach of the Year is an option with the allure of coaching James and Davis and the appeal of the Los Angeles market. To acquire Nurse, the Lakers would need to receive permission from the Raptors and likely engage them on a prospective trade. Over the next several weeks, expect several other candidates to emerge, including University of Michigan coach Juwan Howard, who interviewed for the opening in 2019.

Ten months ago, when the Lakers acquired Russell Westbrook on draft night, the storied franchise was expected to compete for its second championship in three years.

Elon Musk decides not to join Twitter’s board