What’s the Deal With Joe Rogan and Spotify? 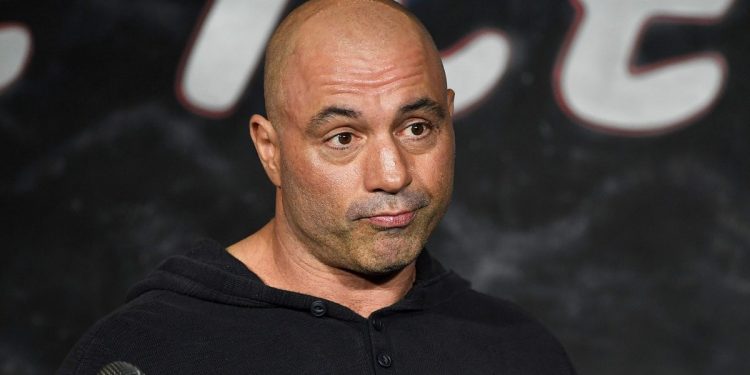 
Joe Rogan is described on his website as “stand up comic, mixed martial arts fanatic, psychedelic adventurer, host of The Joe Rogan Experience podcast.” It’s the last of these that has really made his name, and for many audiences, made the medium of podcasting too.

An estimated 200 million people download Rogan’s podcast each month, making him the most popular podcaster in the US.

When Spotify signed a US$100 million (A$140 million) deal with Rogan in 2020 for the exclusive rights to his podcast the industry took notice. Before this, podcasts were everywhere, and their “platform agnostic” status was central to their appeal for creators and audiences.

The deal was a gamble, but one based on the numbers. As music journalist Ted Gioia put it in May 2020, “Spotify values Rogan more than any musician in the history of the world”. The reason? “A musician would need to generate 23 billion streams on Spotify to earn what they’re paying Joe Rogan for his podcast rights”.

Spotify can justify the spectacular outlay: there is a ton of advertising dollars to be made in spoken word audio, where podcasting is eating up what was once radio’s domain. Spotify’s other stellar podcast hosts include Barack Obama and Bruce Springsteen, Prince Harry and Meghan Markle.

Why is Joe Rogan so popular?

What’s important about Joe Rogan is also the type of listener he attracts. Media Monitors says Rogan’s listenership is “71% male and evenly split between high school and post-secondary graduates. Some 57% of his audience reports earning over $50k per year, with 19% making over $100k”, with an average age of 24.

The Atlantic places gender at the heart of his appeal, suggesting “[Rogan] understands men in America better than most people do. The rest of the country should start paying attention.”

Prior to Rogan signing for Spotify, exclusivity in podcasting was unheard of. In 2001, US “media hacker” Dave Winer made public RSS, the Really Simple Syndication feed that could automatically “drop” a podcast episode online to a subscriber. Winer made the conscious decision to make RSS free and universal, in order to preserve a democratic ethos for podcasting similar to the recently created blogs he loved.

Signing an exclusive deal with Rogan could “make” Spotify as a podcasting platform of choice (and audio empire generally), or it could see Rogan lose fans who couldn’t be bothered to move with him. A study by The Verge showed Rogan gained fans when he first made the exclusive podcasting deal.

Part of Rogan’s appeal is his rawness – with episodes regularly two to three hours long and with minimal (if any) editing. He says what he thinks and feels in the moment, harnessing the compelling emotional power of the voice in a similar way to the great radio broadcasters of any age.

So, what’s the problem?

Rogan often makes pernicious claims. One ironic example occurred when Rogan circulated a fake ad made by Gruen to represent Australia’s pandemic propaganda – made funnier given the ad parodied people who relied on Rogan’s advice rather than medical professionals.

He added a correction, albeit a small one, and these types of mistakes have become memes since then.

A collection of medical professionals have campaigned against misinformation on the platform, and artists including Neil Young and Joni Mitchell have removed their work from Spotify.

In response, Spotify have finally released some “platform rules”, but they are generalised statements that avoid infringing the freedom of creators such as Rogan.

Most important in all of this is the audience. Rogan maintains he is just a comedian having long form conversations. This sounds fine on the surface (and similar to the infamous “not a journalist, but an entertainer” claims made by Australian shock jocks John Laws and Alan Jones), but in practice Rogan’s words are heard by many more people than the average comedian just having a chat.

Podcasting is still the relative wild west as an industry and medium. With ties to both the music industry and radio, podcasting remains mostly unregulated and diverse.

In a podsphere that now counts around three million titles, multi-million dollar projects with immaculate audio production and slick scripting co-exist alongside amateurs uploading rambling, barely audible chats. A near-global and cross-platform phenomenon, podcasting often evades the laws of any one jurisdiction.

Dave Winer’s open origin principle for podcasts has been at stake since Joe Rogan sold his name to Spotify. The question now is: where does editorial freedom sit? Should podcasters be regulated? And if so, how?

In response to the recent Spotify controversy Rogan says he is “not interested in only talking to people that have one perspective”. But as a public figure with such a large platform, should he really give equal weight to voices that clearly have unequal evidence to support them?