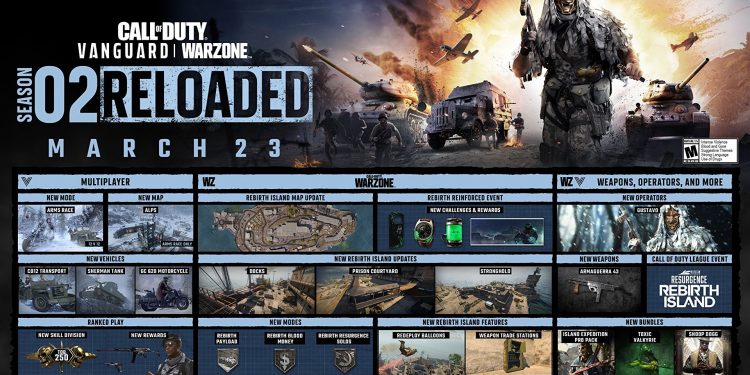 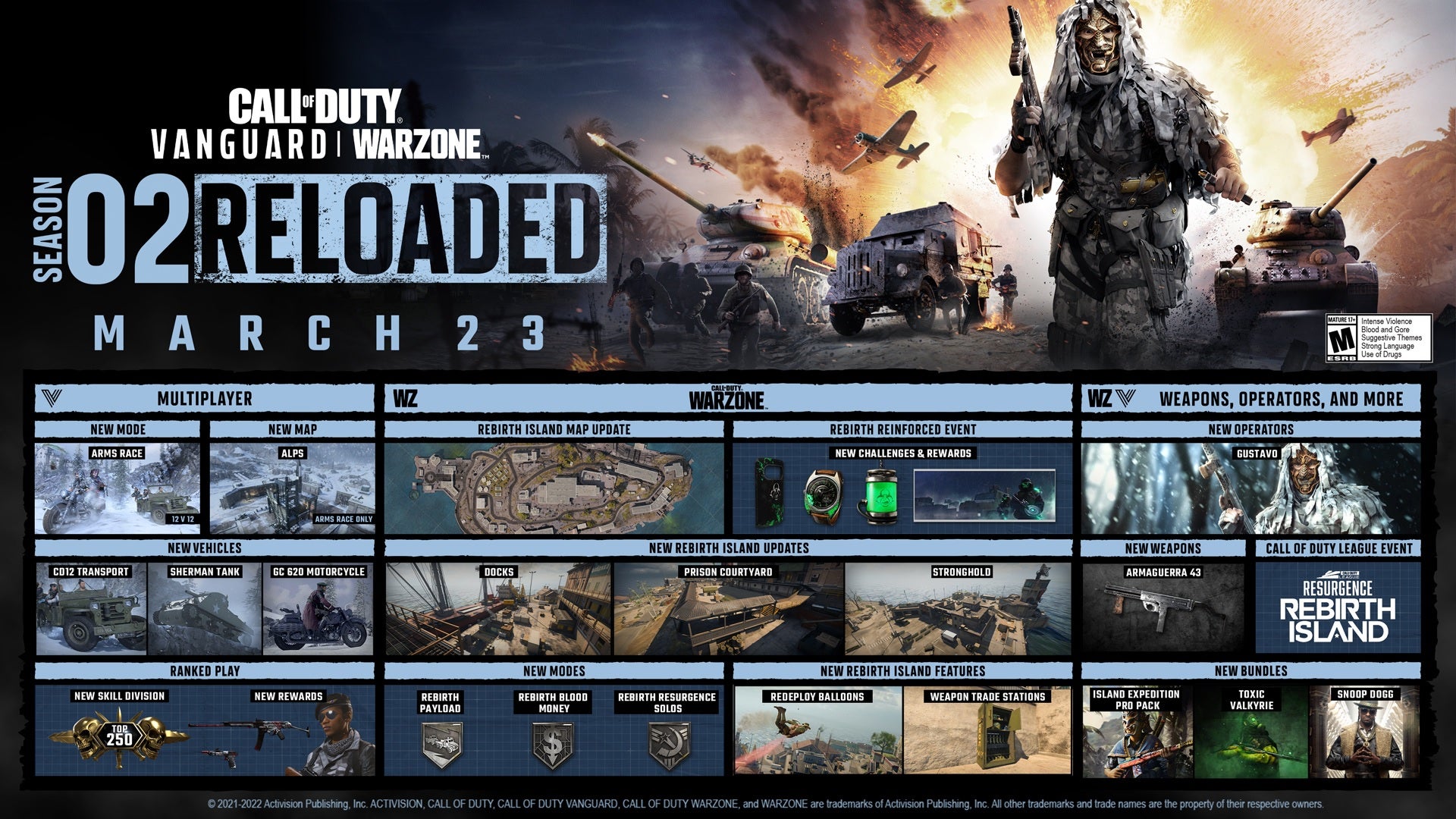 To help you find out, we’ve written up this quick guide with all the major regional times, as well as a super quick recap on what’s coming with this update below.

Warzone Pacific Season 2 Reloaded will be going live at:

This update will come following an update to Call of Duty: Vanguard an hour earlier, so if you play both titles you’ll want to turn on your console / PC and get those downloaded going early.

What is coming to Warzone with Season 2 Reloaded?

The first and most impactful change coming with Season 2 Reloaded is the revamped Rebirth Island. We’ve seen this map skyrocket in popularity recently, and those who are fiends for this higher intensity battlefield can expect some noticeable changes to the scenery.

This includes changes to Points of Interest such as Stronghold, an expanded Prison Yard underneath the Water Tower, and a whole new zone in the form of the Docks. This means that players will have new areas to explore as they jump into Rebirth Island, as well as gaining more reasons to go to previously unpopular landing points. We all know it’s tempting to drop into Prison every game, but now you’ll have additional viable options if you so choose.

In addition, we’re getting more game modes with this update too! First off, Rebirth solos are coming! This is obviously great news for those who aren’t a fan of relying on other strangers to earn a Rebirth win, as well as those whose friends aren’t up super late grinding out weapon XP.

Also coming are Rebirth Island version of Payload and Blood Money. These have previously been playable on legacy maps that are sadly no longer with us, but they’re making a grand return to Warzone on Rebirth Island. Blood Money is a kill-focused version of Plunder, while Payload has players cooperate to escorting trucks around the island.

Finally, we’re getting a Rebirth Island Reinforced event too. This will add several challenges to the game that Warzone players can complete to earn a brand new LMG blueprint. In addition, players will be able to participate in community challenges that’ll provide huge rewards to those who participate, so be sure to jump online and take part!

That wraps up this Warzone Season 2 Reloaded article! If you’re looking for more Call of Duty goodness, check out the newSnoop Dogg bundle coming to Warzone, alongside our Vargo 52 loadout that’ll come in handy on the new Rebirth Island.