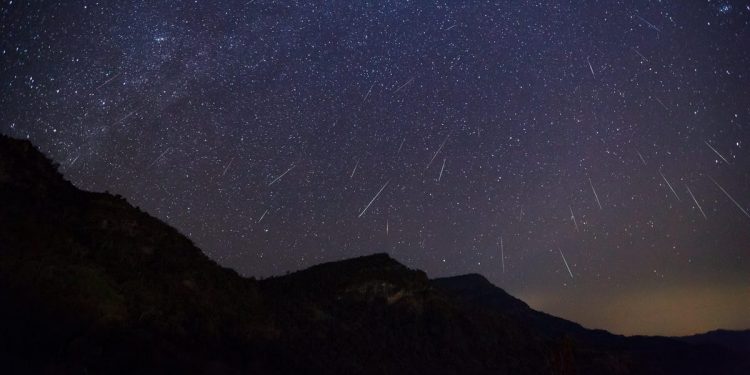 Meteors aren’t rare: There are space particles falling toward Earth constantly, and if you look closely for long enough on any given evening, you’re likely to see one or more streaking through the darkness. However, meteor showers that light up the night sky for minutes or hours at a time are much less common, and there’s a spectacular one coming up this month. Maybe.

If all the stars align (ahem), the tau Herculid shower will appear above the contiguous United States on the night of May 30 and early morning of May 31. It’s what Bill Cooke of NASA’s Meteroid Environmental Office has called an “all or nothing event,” so hope for the best and prepare for the worst.

Here’s what you need to know.

When to see the tau Herculid meteor shower

The meteors themselves are likely to be traveling more slowly and appear fainter than those of the Eta Aquarid shower earlier this month. However, the moon is new that night, so the sky will be dark for peak visibility. Because of the timing and position of the Earth, viewers in the U.S. will get the best show, from about halfway up in the sky to right overhead.

You always want to find the darkest place possible for meteor shower watching, but it may be especially important for the tau Herculids given the slow speed expected for individual particles.

The tau Herculid shower originates from a comet known as SW 3, which was first discovered in 1930 and is believed to have begun fragmenting in 1995. At each pass since, SW 3 has continued to break into pieces, and experts believe that the position of the debris relative to the comet, the position of the Earth, and the speed may create an impressive viewing experience.

However, it’s a guess more than a guarantee.