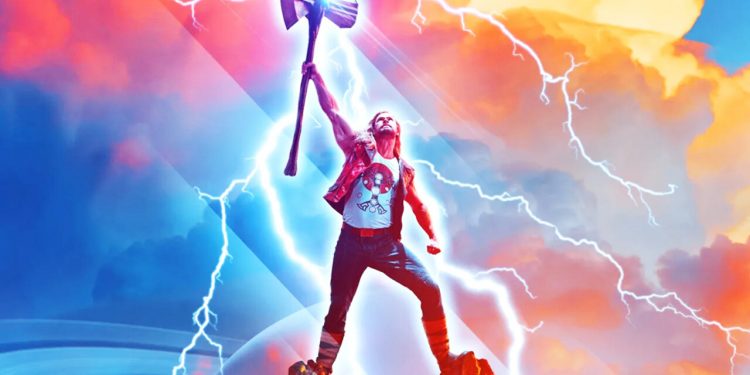 Not long ago, sports fans and superhero fans were two very different types of people, each distrusting the other. But those days are long gone, as demonstrated by not only the vast popularity of the Marvel Cinematic Universe, but also by the fact that Disney uses sporting events to advertise its new offerings. Just this year, Marvel dropped trailers for both Moon Knight and Doctor Strange in the Multiverse of Madness during the Super Bowl.

Over the weekend, Marvel announced plans to continue that tradition, thanks to a video shared via Twitter featuring Thor: Love and Thunder director Taika Waititi, and stars Chris Hemsworth and Tessa Thompson. In the video, Waititi boasts about his innovative way to share with the world the news of the latest trailer for his sequel to Thor: Ragnarok. You’ll have to watch for yourself to see Waititi’s idea in action, but anyone familiar with the Kiwi filmmaker’s wry sense of humor should know what to expect.

More importantly, the announcement shows that the new trailer will release during Game 4 of the NBA Eastern Conference finals, which happens this evening. Coverage of the game between the Miami Heat and the Boston Celtics will begin at 8:30 pm EST and will air on Disney-owned network ABC. At this point, we don’t know when exactly during the game we’ll see the trailer released. However, The Direct has done some digging to find that mid-game trailers from the past have been released approximately 30 minutes into coverage or during halftime. Obviously, Disney won’t release specifics because they would prefer that audiences watch the entire match.

For diehard MCU fans, the trailer cannot come too soon. Despite the fact that the film releases in July, we’ve seen precious little footage from Love and Thunder. An earlier trailer gave us glimpses of Thor with the Guardians of the Galaxy and the return of fan favorites such as Waititi’s Korg and Thompson’s Valkyrie, as well as a quick and intriguing shot of Natalie Portman’s Jane Foster’s return to the series in the guise of the Mighty Thor.