Where Republicans running to replace Newsom stand on issues 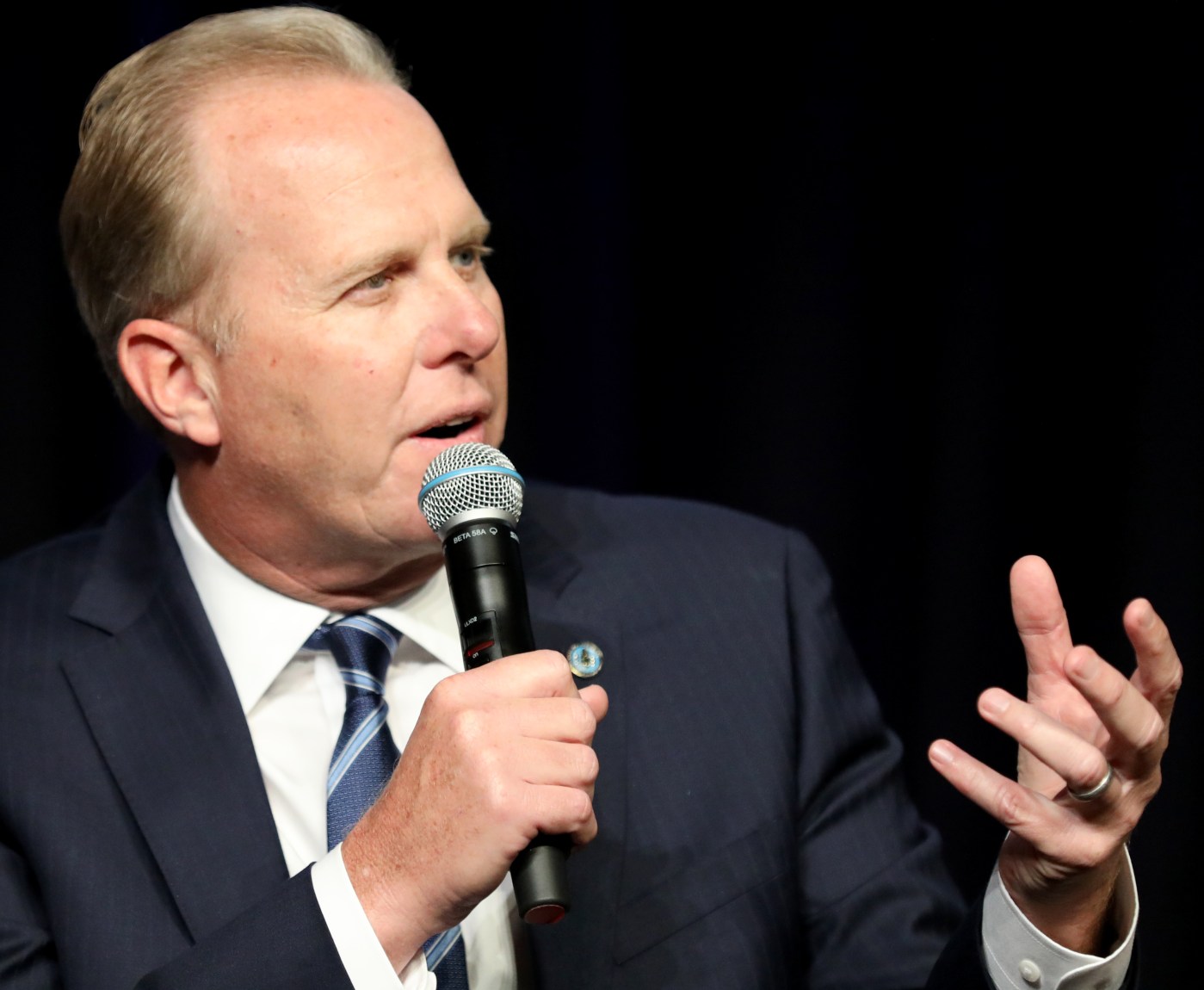 All the major candidates trying to oust Gov. Gavin Newsom and replace him are Republicans, but some wear different stripes. There’s a variety to choose from.

Sorry, can’t help you much on the best-known GOP aspirant: Caitlyn Jenner, the Olympic Gold medal-winning decathlete, reality television star and probably the most prominent transgender candidate in American history. She’s a recluse on public policy and has failed to tell us much about what she’d do as governor.

Back to Elder and Faulconer: One example of how they differ is on racial discrimination.

“It is bull— that racism remains a major problem in America,” Elder, who would be California’s first Black governor, told me.

Sure, he said, there used to be racism in employment and housing, “but not now.”

“The big problem” for Black communities, Elder continued, “is the absence of fathers in the home.”

But what about mistreatment of Black men by white police, as illustrated in the George Floyd killing?

“Police are more reluctant to pull the trigger on Black people than whites,” he contended.

I asked the 69-year-old syndicated talk show host, who grew up in Los Angeles’ Pico-Union and South Central neighborhoods and became a lawyer, whether he had ever felt racial discrimination.

“There’s nobody my age who hasn’t felt something. Nothing significant,” Elder replied.

The radio commentator has been insisting for many years that America is not systemically racist.

By contrast, when Faulconer was mayor, San Diego created a new city department aimed at ending systemic racism and assuring fair distribution of government funds for such things as parks, libraries and contracts.

“Establishing an Office of Race and Equity is an important step forward … to eliminate the historic inequities and barriers that have existed for so long,” the mayor said.

He called on San Diego to “help our nation acknowledge and act on the systemic racism that has held too many Americans back from their true potential.”

Faulconer recently emailed me: “I reject the notion that America is fundamentally racist.” But, he said, “We have much work to do when it comes to eliminating inequities and barriers.”

Racism is a sensitive subject that doesn’t get debated a lot in campaigns for high office. But it’s an important factor when politicians create public policy and divvy up tax dollars. Examples: police funding and use of force, affirmative action in public education and employment, and allocation of school money.

I called Rancho Santa Fe businessman John Cox, another Republican candidate in the Sept. 14 recall election, and asked him how seriously he considers racism.

“Look at Black and brown communities in California, and they’re behind the eight ball. They’re being given short shrift,” he said.

On water, all the candidates are for more storage and desalinating. No controversy.

Bullet train? Derail it, they say.

One caveat in all this: What Elder says may not matter. He waited until the last minute before Friday’s deadline to file official paperwork. So, he didn’t make the secretary of state’s tentative list of candidates that was announced Saturday night.

Elder’s camp said it expects him to be included on the final certified list to be released Wednesday.

If not, it would be worse than Newsom’s team not acting in time to get the governor identified on the recall ballot as a Democrat.

No party has a monopoly on screw-ups.

Recycling Day: Does it really matter if I put the wrong things in the bin?

Recycling Day: Does it really matter if I put the wrong things in the bin?