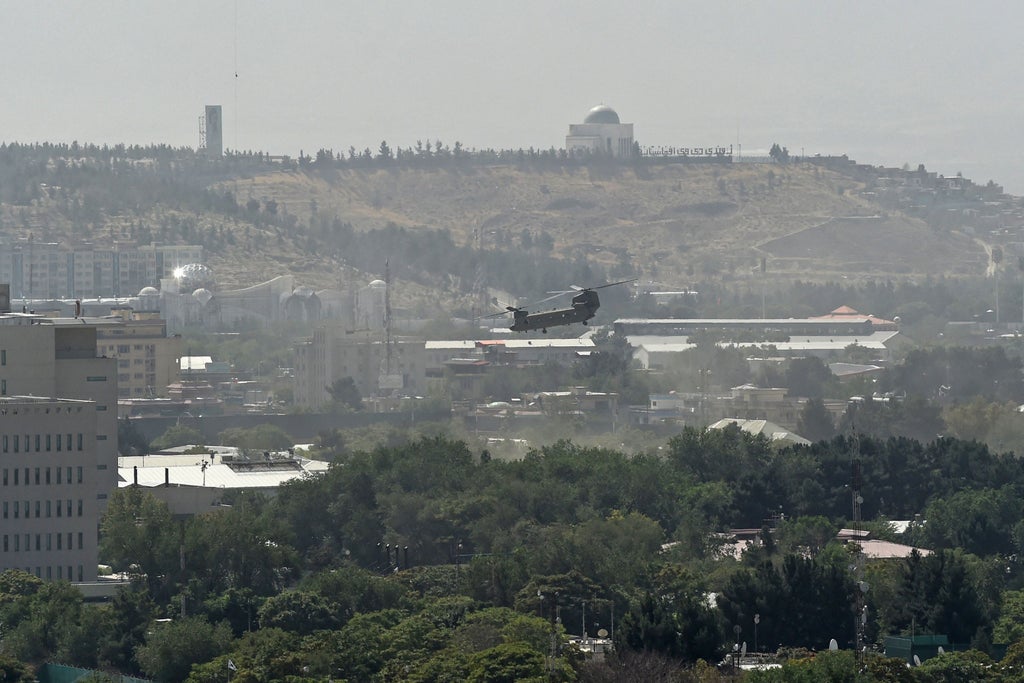 The Biden administration has defended chaotic scenes of airlift evacuations in Afghanistan after President Joe Biden recently declared that there would be no “hasty rush to the exits”.

The scenes from over the weekend and on Monday showed desperate Afghans clinging to the side of US air force jets as they tried to taxi down the runway at Hamid Karzai airport in Kabul.

National Security Adviser Jake Sullivan responded to NBC News’ question on Monday about Mr Biden promising to avoid people being airlifted from the US embassy in Kabul by helicopter by awkwardly defending doing just that.

“To be fair, the helicopter has been the mode of transport from our embassy to the airport for the last 20 years,” Mr Sullivan said.

Last month during a press conference on the US withdrawal, Mr Biden said: “There’s going to be no circumstance where you see people being lifted off the roof of a embassy in the – of the United States from Afghanistan.”