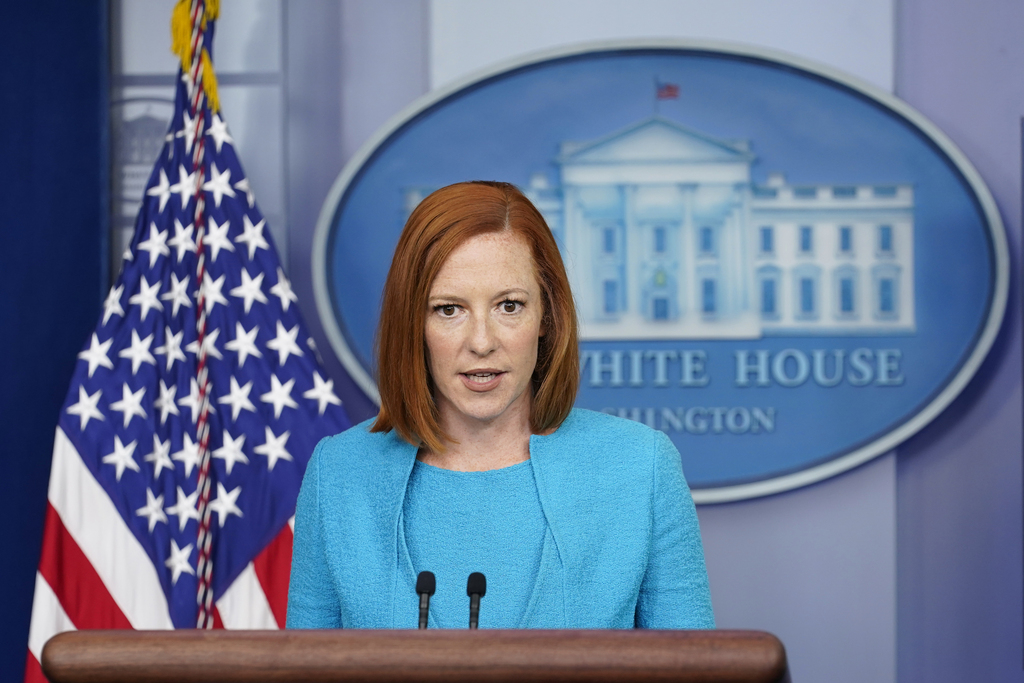 WASHINGTON – Facebook is not doing enough to stop the spread of false claims about COVID-19 and vaccines, White House press secretary Jen Psaki said on Thursday, part of a new administration pushback on misinformation in the United States.

Facebook, which owns Instagram and WhatsApp, needs to work harder to remove inaccurate vaccine information from its platform, Psaki said.

She said 12 people were responsible for almost 65% of anti-vaccine misinformation on social media platforms. The finding was reported in May by the Center for Countering Digital Hate, but Facebook has disputed the methodology.

“All of them remain active on Facebook,” Psaki said. Facebook also “needs to move more quickly to remove harmful violative posts,” she said.

U.S. Surgeon General Vivek Murthy also raised the alarm over the growing wave of misinformation about COVID-19 and related vaccines, saying it is making it harder to fight the pandemic and save lives.

“American lives are at risk,” he said in a statement.

In his first advisory as the nation’s top doctor under President Joe Biden, Murthy called on tech companies to tweak their algorithms to further demote false information and share more data with researchers and the government to help teachers, healthcare workers and the media fight misinformation.

False information feeds hesitancy to get vaccinated, leading to preventable deaths, Murthy said, noting misinformation can affect other health conditions and is a worldwide problem.

A Facebook spokesperson said the company has partnered with government experts, health authorities and researchers to take “aggressive action against misinformation about COVID-19 and vaccines to protect public health.”

“So far we’ve removed more than 18 million pieces of COVID misinformation, removed accounts that repeatedly break these rules, and connected more than 2 billion people to reliable information about COVID-19 and COVID vaccines across our apps,” the spokesperson added.

Facebook has introduced rules against making certain false claims about COVID-19 and its vaccines. Still, researchers and lawmakers have long complained about lax policing of content on its site.

Murthy said at a White House press briefing that COVID-19 misinformation comes mostly from individuals who may not know they are spreading false claims, but also a few “bad actors.”

His advisory also urges people not to spread questionable information online. The head of the Center for Countering Digital Hate, a group that tracks COVID-19 misinformation online, said it was inadequate.

U.S. COVID-19 infections last week rose about 11% from the previous week, with the highest increases in areas with vaccination rates of less than 40%, according to the Centers for Disease Control and Prevention (CDC), and continued to tick up on Wednesday.

Cases plummeted in the spring as the vaccine rolled out following a winter spike in infections, but shots have slowed and just about 51% of the country has been vaccinated, Reuters data show.

“It’s been hard to get people to move” from not wanting the COVID-19 vaccine “to recognizing that the risk is still there,” Dr. Richard Besser, a former CDC chief who now heads the Robert Wood Johnson Foundation, told MSNBC.

Representatives for the nation’s largest tech companies could not be immediately reached for comment on the advisory.

Our migration system may have been halting wages growth