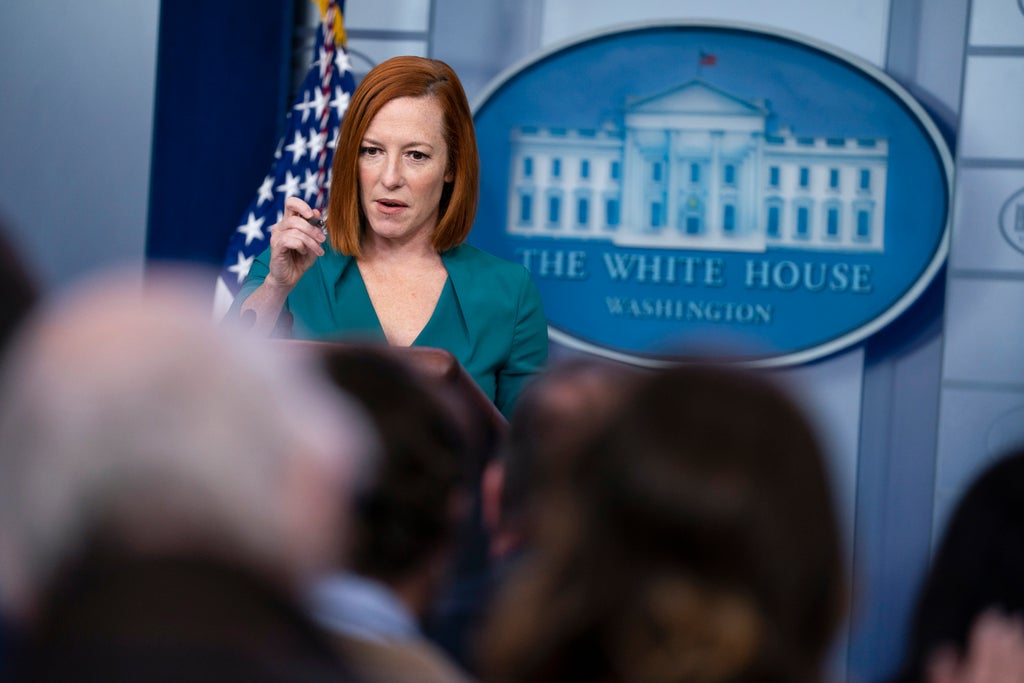 White House reporters are urging press secretary Jen Psaki to move her daily press briefings online, but she is yet to approve of the idea.

The White House Correspondents’ Association has proposed holding briefings virtually on Zoom or using an alternative platform to avoid being physically present in the White House’s 49-seat briefing room that is often packed.

The association has raised concerns that reporters face the risk of contracting Covid while being present there.

The proposition comes even as the US reports a surge in Covid cases driven by the Omicron variant and as the US Congress has been hit by an outbreak, with at least 10 lawmakers having contracted the disease in the span of a week.

Steven Portnoy, the association’s president, sent out a memo to members pointing out president Joe Biden’s remarks on Omicron cases likely being widespread in several workplaces, including at the White House, The Washington Post reported.

He wrote that the association had suggested Ms Psaki to shift the briefings online, but “no changes are expected at this time.”

On Tuesday, the association said that a reporter who attended the briefing on Monday had later tested positive for Covid.

The association had earlier advised its members to not be present at the briefings unless necessary.

Ms Psaki said in a statement that the White House has followed the guidance of health experts, adding “we don’t think it sends the right message to the country or the world to close the briefing room or pause in-person briefings,” reported the Post.

“We are committed to doing everything we can to keep the press corps, our staff and of course the president safe while also ensuring the media has access to the briefing room,” Ms Psaki said.

But reporters are worried of potentially contracting infection from being physically present.

“Why must reporters feel compelled to put themselves at risk if so many other interactions with reporters are done virtually?” an unidentified member of the association told Politico.

The association had established a rotation among news organisations last year. The arrangement had limited the briefings to 14 reporters.

Ms Psaki, hinting at the possible implementation of such an arrangement, had said that the White House would be “open to considering a request to go back to the smaller-sized briefings.”