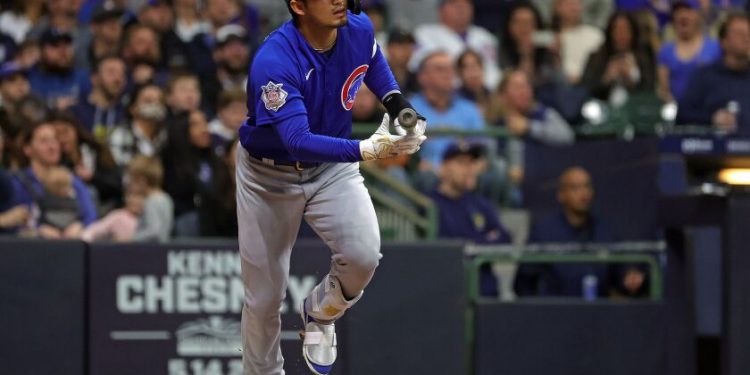 
Is there a revolution afoot in the American League Central?

Was the White Sox’ three-game sweep of the Giants in San Francisco a declaration that they’re finally ready to heat up like a backyard barbecue?

Or is this just another tease, a momentary sparkle that will fizzle out like all the ones before it?

Let’s face it: Though the weekend was mighty nice for the Sox, this season has been no picnic. Every time it has looked as though a hot streak might be coming, a cloudburst of calamities — injuries and managerial head-scratchers included — has doused the Sox’ fun. One minute, they’ve managed to climb back to .500; the next, they’re amateurishly slathering ketchup on their hot dogs.

Anyway, have you heard the latest? The Twins are coming! The Twins are coming! Yes, the division-leading Twins are coming to Guaranteed Rate Field for a three-game series that starts Monday. There still are 4½ games separating the Twins and Sox in the standings — with the Guardians in between — and these upstarts, who swept the Sox in April in Minneapolis, clearly aren’t messing around.

If the Sox don’t win this series, we probably can go ahead and officially cancel that parade.

But if there’s going to be any sort of grand finale for the 2022 Sox, they’d better bring their bats — and their brooms — to the next three games.

You really want something to celebrate? This dud of an intro is done. And here’s what’s happening:

To the Cubs fans who snidely used to refer to Miller Park as ‘‘Wrigley North,’’ it’s American Family Field now, got it? Good. By the way, you’re all still invited. And feel free to bring an appetizer or dessert.

Johnny Cueto allowed three or fewer earned runs in each of his six starts in June. Not to tell the man his business, but maybe he just ought to stick with that.

Michael Kopech opposes Chris Archer, who, once upon a time, was the No. 1 pitching prospect of the Cubs. See? There’s another reason to beat him.

The Sky have won five consecutive games, look way better than they did at any point last regular season and are 2-0 against the Lynx. Other than that, they’re in big trouble.

You’ve got to admit, ‘‘four games at home, beginning tonight, against the worst road team in baseball’’ has kind of a nice ring to it.

No. 1 overall pick Paolo Banchero goes for the Rockets against No. 3 Jabari Smith for the Magic. Will both teams wish they had Chet Holmgren by the first timeout?

And so the Akoldah Gak era begins. That Dalen Terry kid out of Arizona might be sort of interesting, too.

It was right around this time last season when the Cubs lost in L.A. to start an 11-game skid that marked the extinguishing of an era. Sheesh, aren’t we just a ray of sunshine?

Heading into the week, there simply was no denying this was absolutely anybody’s tournament to win. That’s a long way of saying Serena Williamslost in the first round.

Welcome, sharpshooters, fancy dribblers and expert passers. Have a look around, admire the banner up above and please don’t touch the trophy.

The home side has won the last three meetings in this rivalry. Just saying, Fire coach Ezra Hendrickson is free to use that in his pregame speech if he wants to.

A Novak Djokovic coronation would be his fourth in a row here and — no big deal — Grand Slam title No. 21, breaking a tie with Roger Federer and putting him one behind Rafael Nadal for the most of all time.

Let’s see if the champs have enough pull on their home turf to get Candace Parker, Courtney Vandersloot, Kahleah Copper and Emma Meesseman on the floor all at once.