Who are Ketanji Brown Jackson’s husband and kids? 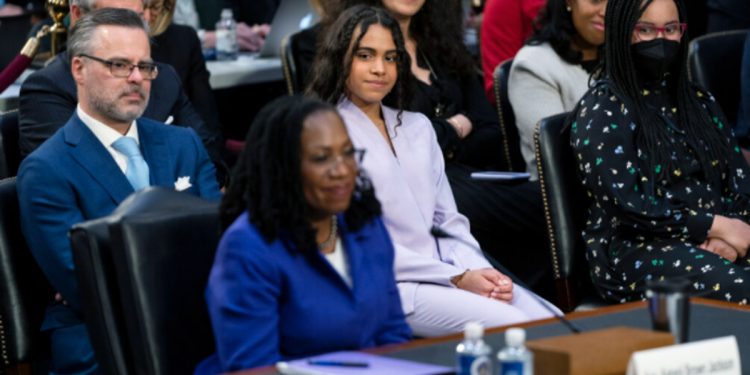 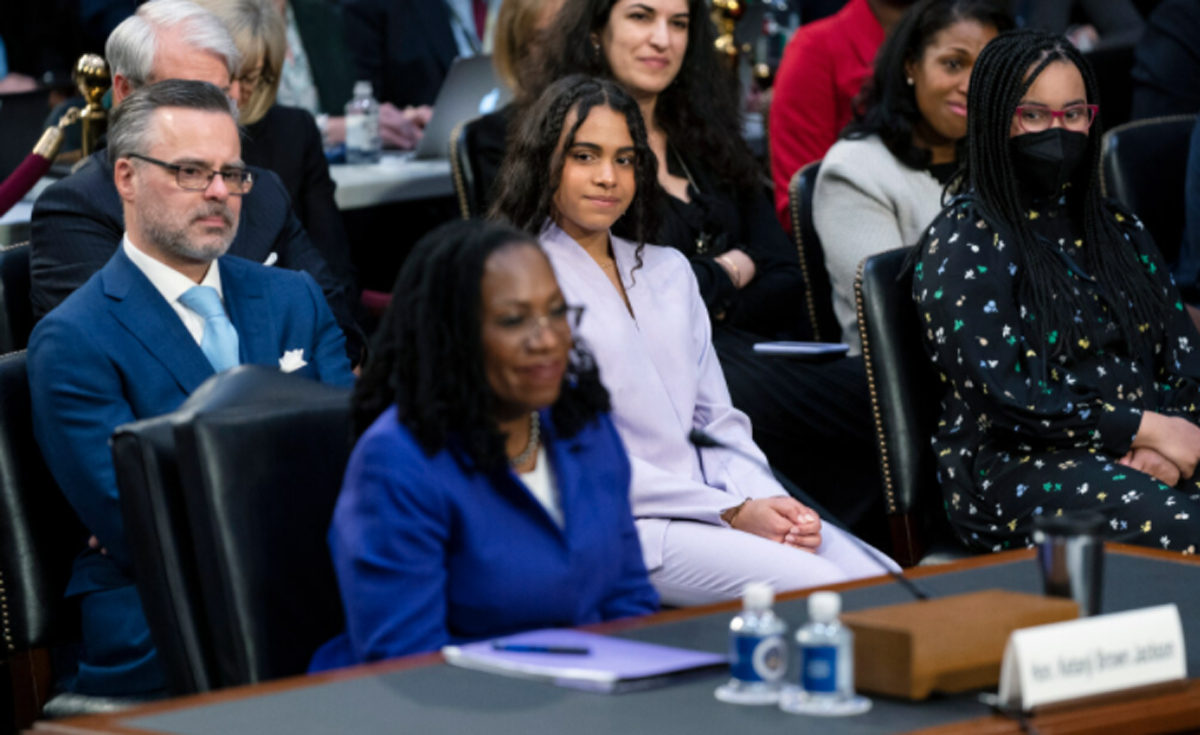 (CNN) — Judge Ketanji Brown Jackson emphasized her family and faith as part of her introduction to lawmakers during her Supreme Court confirmation hearings.

“Even prior to today, I can honestly say that my life had been blessed beyond measure,” Jackson, 51, said on Monday before expressing gratitude to and love for various members of her family.

This is who’s who among Jackson’s family:

Jackson met her husband, Patrick, in college and the two have been married for 25 years. They live in Washington, D.C., with their daughters.

As the Supreme Court nominee referenced her husband on Monday, he could be seen wiping tears from his eyes.

“I have no doubt that, without him by my side from the very beginning of this incredible professional journey, none of this would have been possible,” she said.

Jackson’s daughters were seated in the audience Monday next to their father. Leila Jackson, 17, wore a lavender suit, and her elder sister Talia Jackson, 21, had a black printed dress and a matching face mask.

When she was 11, Leila wrote a letter to former President Barack Obama about nominating her mom to the Supreme Court.

Jackson addressed her daughters in her opening statement, saying: “Girls, I know it has not been easy as I have tried to navigate the challenges of juggling my career and motherhood. And I fully admit that I did not always get the balance right. But I hope that you have seen that with hard work, determination, and love, it can be done. I am so looking forward to seeing what each of you chooses to do with your amazing lives in this incredible country.”

Johnny and Ellery Brown, Jackson’s parents, have been married for 54 years.

Both Miami natives, they were raised in the Jim Crow South, attended segregated primary schools, before graduating from historically Black colleges and universities, according to her White House biography. They settled in DC and both worked as public school teachers.

“When I was born here in Washington, my parents were public school teachers, and to express both pride in their heritage and hope for the future, they gave me an African name — ‘Ketanji Onyika,’ which they were told means ‘lovely one,’” Jackson recalled in her opening statement. “My parents taught me that, unlike the many barriers that they had had to face growing up, my path was clearer, such that if I worked hard and believed in myself, in America I could do anything or be anything I wanted to be.”

After Jackson was born, the family moved back to Miami so Johnny could get his law degree from University of Miami Law School.

Jackson credited her interest in law to her father, recalling in her opening remarks, “My very earliest memories are of watching my father study — he had his stack of law books on the kitchen table while I sat across from him with my stack of coloring books.”

There is a 10-year age gap between Jackson and her younger brother Ketajh, who was at Monday’s hearing seated next to their parents.

After graduating from Howard University, Ketajh worked as an undercover narcotics recovery officer in the Baltimore City police department.

In the wake of the September 11th attacks, Ketajh joined the Maryland Army National Guard, became an infantry officer, and was deployed twice to the Middle East.

Ketajh is currently an associate at the law firm K&L Gates’ Chicago office.

Ryan, who served as speaker from 2015 to 2019, is related to Brown by marriage. His wife’s sister, Dana, is married to Patrick Jackson’s twin brother, William.

The theme of the third...

Boris Johnson planning on remaining in power until ‘mid 2030s’

Boris Johnson believes he can...