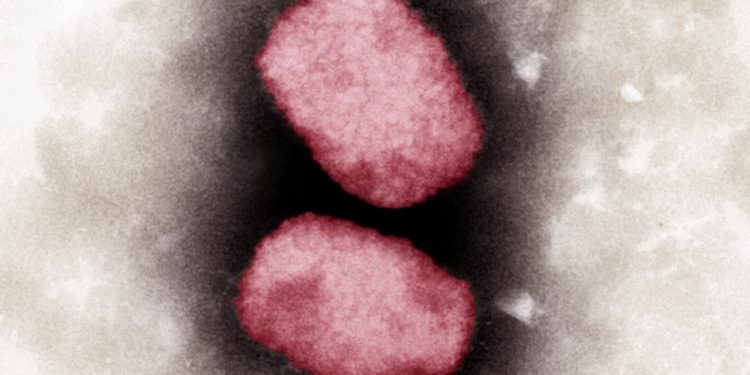 The World Health Organisation has declared the Monkeypox outbreak as a ‘public health emergency of international concern’.

The maximum emergency alert came after the WHO committee gathered for a second emergency meeting, following a global surge of more 16,000 cases in 75 countries. There have also been five deaths linked to the outbreak, including three in Nigeria and two in the Central African Republic.

According to Australia’s Department of Health and Aged Care (DHAC), there have been 41 confirmed cases in Australia as of July 19.

This includes 22 in NSW, 15 in Victoria, two in the Australian Capital Territory, one in Queensland and one in South Australia.

In a media briefing on early Sunday morning, the WHO’s Director-General Dr Tedros Adhanom Ghebreyesus said that while there was a “clear risk of further international spread,” the “risk of interference with international traffic remains low for the moment”.

“WHO’s assessment is that the risk of #monkeypox is moderate globally and in all regions, except in the European region where we assess the risk as high,” he said.

“We have an outbreak that has spread around the world rapidly, through new modes of transmission, about which we understand too little and which meets the criteria in the International Health Regulations.”

Dr Ghebreyesus also said that the outbreak was currently “concentrated among men who have sex with men, especially those with multiple sexual partners,” however he urged against “stigma and discrimination”.

“That means that this is an outbreak that can be stopped with the right strategies in the right groups,” he said.

“It’s therefore essential that all countries work closely with communities of men who have sex with men, to design and deliver effective information and services, and to adopt measures that protect both the health, human rights and dignity of affected communities.”

According to DHAC, the virus “typically starts with fever and swollen lymph nodes and may also include headache, muscle aches, joint pain and back pain”.

Most patients will also experience rashes and lesions which can occur in one part, or the entire body. This includes the mouth, eyes and genitalia. The lesions have been described as “the blisters you see with chickenpox, but larger”.

The onset of symptoms can appear anywhere between five to 21 days from infection, however symptoms typically present within seven to 14 days.

There is also a vaccine and treatment available in Australia.

This is the second time in two years, in which the WHO has declared a global emergency. Currently, the alert has also been issued for the Covid-19 pandemic and the bid to eradicate polio. The same classification was also given to the West African Ebola outbreak of 2014 and the Zika virus epidemic of 2015 to 2016.

Support bill before Congress to save local journalism