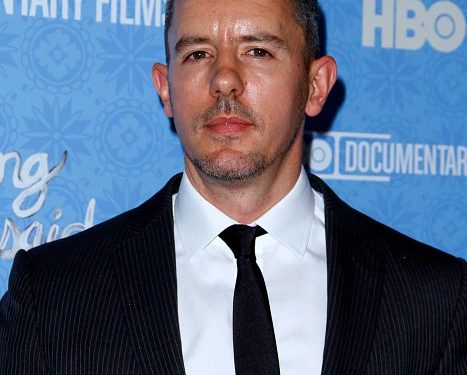 
Anderson Cooper and his former partner Benjamin Maisani have welcomed baby no. 2 via surrogacy.

The good news was shared by the host on CNN today, February 10, 2022. Their second child has been named Sebastian Luke Maisani-Cooper.

The couple introduced their first son, Wyatt, in 2020. Despite having been broken up, they have remained friends and are co-parenting their children together.

So, here’s everything you need to know about Anderson Cooper’s former partner.

Who is Benjamin Maisani?

Benjamin is originally from France. According to The Sun, he is 49 years old, as of 2022.

He completed his graduation in Arts from Hunter College but pursued business as his career.

Benjamin reportedly served at someone else’s bar before opening his own, named Eastern Bloc.

He also invested in the formation of Bedlam Bar and Atlas Social Club.

Unlike Anderson, Benjamin lives an extremely private life. As per Wealthy Persons, the businessman has an estimated net worth of $8 million.

Anderson couldn’t have been happier to tell the world that he was a daddy again!

He said on CNN that he had some “good” news to share before adding that it was “very personal.”

Anderson showed a picture of 22 month-old Wyatt on camera before introducing Sebastian.

“If he looks particularly happy in this picture, it’s because he now has a baby brother. His name is Sebastian and I would like you to meet him,” he said.

“He is healthy and happy even his occasional hiccups are to be adorable. He mostly just sleeps and eats and he certainly poops, but he already seems like a wise and thoughtful little chap,” Anderson said.

At the end of the announcement, Anderson revealed that Benjamin is in the process of adopting Wyatt.

Anderson’s announcement is met with the most beautiful responses on Twitter. Fans have sent their best wishes to the CNN host after he revealed Sebastian’s birth.

One wrote: “Congratulations to your beautiful family @andersoncooper. Your opening on @CNN was one of the most beautiful stories I have seen today! Thank you”

Another wrote: “Congratulations @andersoncooper and Wyatt! Sébastien is absolutely precious!!”

“Congratulations – sending wishes of continued joy and good health to you and the entire family,” said another.

One tweeted: “Congrats..Welcome to our world Sebastian. Anderson Cooper, your monologue here, is beautiful. Happy parenting.”

Another emotional fan tweeted, “IN TEARS. Congratulations @andersoncooper on your beautiful baby boy!”