Who is Natalie Imbruglia? Neighbours role, songs, age of Torn singer unmasked on The Masked Singer 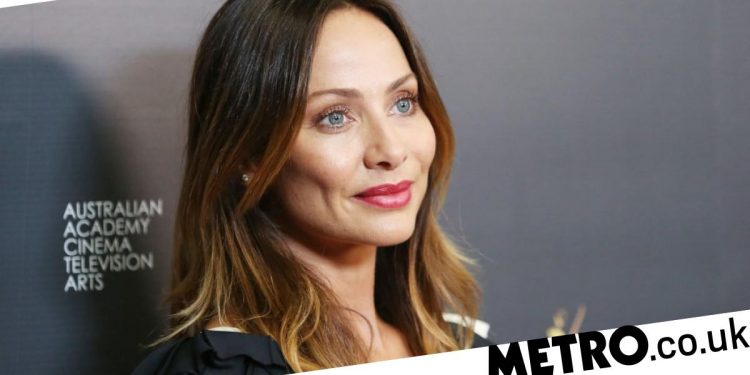 
On Saturday evening, The Masked Singer UK season 3 saw Panda race to the top as they were crowned the winner of the 2022 series, revealing Natalie Imbruglia under the mask.

It was a tight competition right to the very end, as runner-up Charlotte Church was unmasked as Mushroom and Westlife singer Mark Feehily finished in third place as Robobunny.

Natalie has enjoyed an impressive musical and acting career, having played a role on Neighbours in her teenage years before going on to achieve chart-topping success as a solo artist.

The musician’s song Torn is as beautiful and timeless now as it was when it came out in the 1990s, with the artist releasing her sixth studio album in 2021.

Here’s what you need to know about the star.

How old is Natalie Imbruglia?

Natalie is 47 years old, having been born on February 4 1975 in Sydney Australia.

She was born the second of two daughters to her parents, Maxene Anderson and Elliot Imbruglia.

Having grown up in Berkeley Vale, New South Wales, Natalie moved to Sydney with her family when she was 15 years old, where she studied various forms of dance.

When was she on Neighbours?

When she was 16 years old, she was cast in soap opera Neighbours, playing the role of the sweet-natured Beth Brennan for the first time in 1992.

Beth’s main relationship on the show was with Brad Willis (Scott Michaelson), with the pair going through a tumultuous journey that saw Beth leave Brad at the altar on their wedding day after finding out that he was cheating on her.

However, in the end the pair were married during a second wedding ceremony, with the actors leaving the soap in a storyline that saw their characters move from Erinsborough to Perth.

Natalie’s final appearance on Neighbours was in 1994.

Some of Natalie’s other TV appearances including guest judging on The X Factor and appearing on Saturday Night Live, while she also starred in Johnny English opposite Rowan Atkinson.

What are her best-known songs?

Natalie’s first international song, Torn, was a humongous hit and has remained one of her most popular hits to this day.

The ​​cover of the Ednaswap song reached number two on the UK Singles Chart in 1997, selling more than a million copies in the UK.

Her follow-up to Torn, Big Mistake, was released the following year, achieving the same spot on the charts, with other top releases from the singer including tracks such as Shiver, Smoke and Wishing I Was There.

Natalie’s 1997 album Left of the Middle sold seven million copies across the globe, with the artist earning recognitions including two Brit Awards, three Grammy nominations and one Billboard Music Award throughout her career.

Does she have a partner or children?

After dating Friends star David Schwimmer in the 1990s, in 1999, she met Daniel Johns, the frontman of rock band Silverchair.

Natalie and David were engaged in 2002, marrying the following year on New Year’s Eve on a beach in Queensland, Australia.

In 2008, the pair announced that they had divorced, saying that they had ‘simply grown apart through not being able to spend time together’.

Three years ago, Natalie revealed that she had given birth to a baby boy, who was conceived through IVF from an unnamed sperm donor.

Announcing the news on social media, she wrote: ‘Welcome to the world… Max Valentine Imbruglia. My heart is bursting #myboy.’


MORE : Who is Charlotte Church? Husband, children and songs as she’s unmasked on The Masked Singer


MORE : Who is Mark Feehily? Partner, children and Westlife songs as he’s unmasked on The Masked Singer