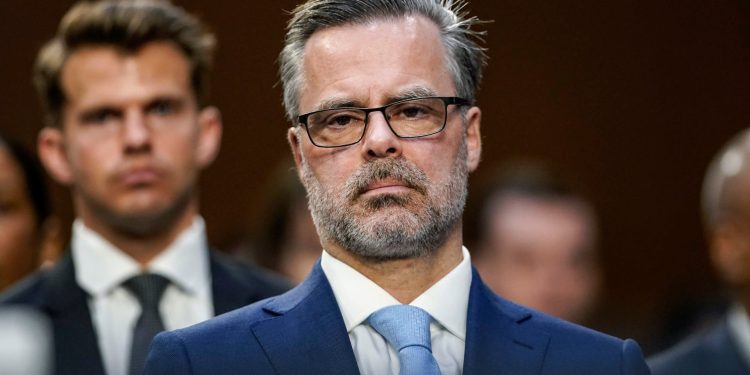 
Supreme Court nominee Ketanji Brown Jackson had some very sweet things to say about her husband of 25 years, Patrick G. Jackson, in her recent speech at the Senate.

A segment of the Supreme Court nominee’s speech left her husband teary-eyed as she thanked him for his ‘unconditional love.’

Judge Jackson also thanked her daughters and extended family in her heartwarming speech.

Who is Patrick G. Jackson?

Judge Ketanji Brown Jackson’s husband, Patrick, is a doctor who specializes in General Surgery. He is currently practising in Washington, District of Columbia, and is associated with MedStar Georgetown University Hospital.

Patrick has over 20 years of experience in the field. He received his medical degree from Columbia University Vagelos College of Physicians and Surgeons and did his residency at the Massachusetts General Hospital.

Ketanji and the surgeon reportedly met each other while the two were studying at Harvard.

Patrick also has a twin brother named William Jackson who is married to Dana Little Jackson, the sister of former Speaker of the House, Paul Ryan.

“Speaking of unconditional love, I’d like to introduce you to my husband of 25 years, Dr Patrick Jackson,” the nominee said during her speech.

“I have no doubt that without him by my side from the very beginning of this incredible professional journey, none of this would have been possible,” Judge Jackson said, as her husband who was seated behind her, subtly wiped his teary eyes.

“We met in college more than three decades ago, and since then, he’s been the best husband, father, and friend I could ever imagine.”

The judge had a very special message for her daughters too.

She said: “Girls, I know it has not been easy, as I’ve tried to navigate the challenges of juggling my career and motherhood. And I fully admit that I did not always get the balance right.

“But, I hope that you’ve seen that with hard work, determination, and love, it can be done.”

Many Twitter users were touched by Judge Jackson’s words for her husband during her speech.

In other news, DurteDom claims viral Tesla jump video was him as LAPD offer $1,000 reward

Why San Francisco turned sour on Uber, Lyft and other ride-hailing apps