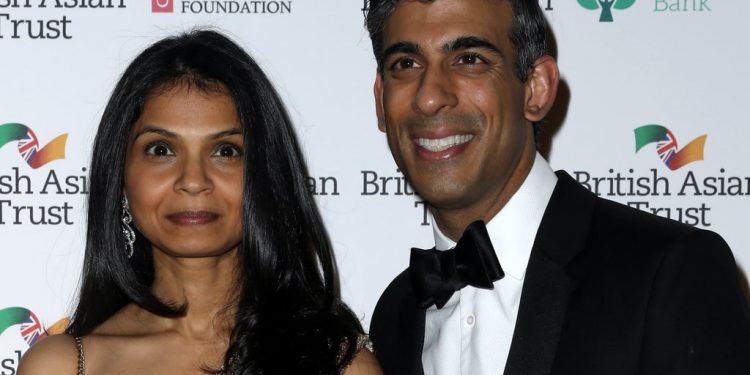 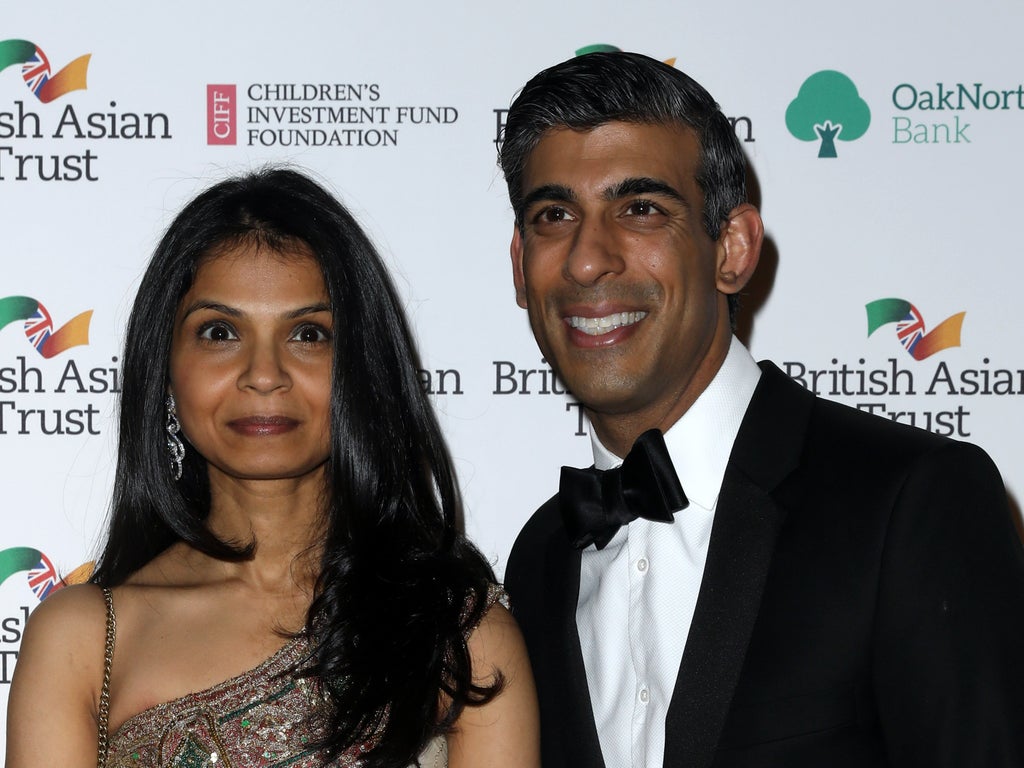 Months after her birth in April 1980, Akshata Murthy’s ambitious parents left her in the care of her paternal grandparents to build a better life for their young family hundreds of miles away in Mumbai.

In a letter to Akshata published in Legacy: Letters from Eminent Parents to their DaughtersNR Narayana Murthy told of how he and wife Sudha made the “hard decision” to leave their firstborn behind as they “struggled to find their feet” in their burgeoning engineering and computer science careers.

Narayana, then a promising programmer who would go on to launch £3.5bn IT services company Infosys, said he flew to a regional airport where he hired a car every weekend to drive and spend time with his little girl.

“It was very expensive, but I couldn’t do without seeing you,” he wrote.

Narayana credits his wife, Sudha, with raising Akshata and brother Rohan, three years her junior, to be the “fine individuals” they are. Sudha, who was the first female engineer to work for India’s then-largest car manufacturer, is now a philanthropist and public healthcare advocate, The Times of India reports.

When a young Akshata eventually joined her parents in Mumbai, they did their best to immerse her in study, reading and debate – by having no TV in the home, according to the book.

Even as business boomed at Infosys and her family grew richer, Akshata continued to travel to school in a “regular autorickshaw” instead of the private chauffeured car typically favoured by India’s elite.

She studied economics and French at the private liberal Claremont McKenna College in California, US, before moving on to the Fashion of Design and Merchandising in Los Angeles and eventually taking an MBA at Stanford University.

It was there that she met Rishi Sunak, a Southampton-born student there on a prestigious Fulbright scholarship. The couple married four years later in Bengaluru, in a lavish two-day ceremony attended by the likes of Indian cricket legend Anil Kumble.

While Narayan wrote that he initially felt “sad and jealous” of Akshata’s relationship, his feelings changed when he met her husband-to-be.

“I … found him to be all that you had described him to be – brilliant, handsome, and, most importantly, honest. l understood why you let your heart be stolen,” he said.

The Sunaks went on to welcome daughters Krishna and Anoushka.

After Stanford, The Guardian reports that Akshata worked as marketing director for a Dutch technology incubator fund in San Francisco, before quitting to launch her own fashion label, Akshata Designs in 2007.

Two years later, she told The Times of India she “couldn’t imagine being engaged in anything else but the business of this venture” – but within three years, the brand collapsed, according to The Guardian.

Murthy’s wealth now comes from her 0.91 per cent stake in Infosys, which is valued at roughly £690m – a figure which is said to make her richer than Queen Elizabeth II.

Together with her chancellor husband, Akshata also owns the London-based Catamaran Ventures UK, The Guardian reports. Sunak transferred his shares to his wife shortly before entering parliament as an MP in 2015.

Akshata, now 42, is also listed as a shareholder in at least six other companies, including Jamie Oliver’s Pizzeria, Wendy’s restaurants in India and New & Lingwood, a men’s apparel store which measures Etonians for tailcoats and silk dressing gowns.