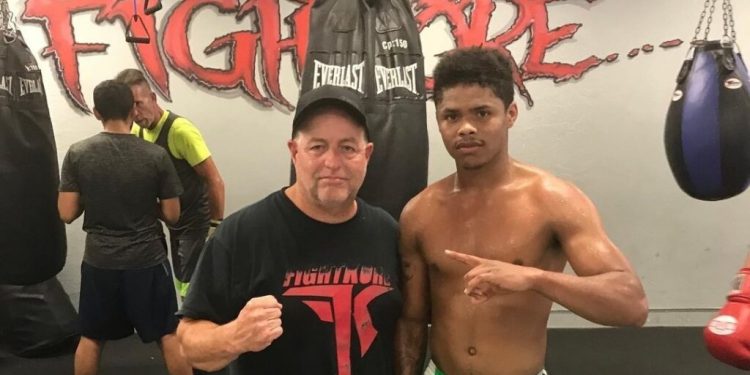 
Sean Sharkey should go into the hall of fame, but he probably won’t.

If you asked Sean what business he is in, I’d guess he’d say the hurt business, but I would argue he is in the helping business. His motto on boxing is simple: “A skilled boxer is like a matador, macho as hell, and fearless.” As a bare-bones framed photo of a word document sits on the gym next to the ring for as long as I have known Sean, that says, “boxing is the theatre of the unexpected.”

In the decade that I have known Sean, he has run FightKore International, a boxing and MMA gym that is run more as a hobby and a safe place for teens and adults to workout than a for-profit business that will kick you out the moment you no longer have money to pay. That being said, the gym’s keycode keeps changing ever so often, so you do have to pay – if you want to stay. The leash is just a bit longer than corporate America.

The notables who have gone through the gym are Andy Vences, Angel Cordon Jr., Manuel “Tino” Avila, Amari Jones, Jonathan Chicas, and even former 49er Jonas Sultan. The most famous Shakur Stevenson came to spar one day while staying in Hayward, California, for a fight camp.

For Sharkey, who grew up training beside George Foreman, the fight gym is a sanctuary and less so a place of pomp and circumstance of fame, ego, and riches.

The son of a pro wrestler, Bruce Sharkey, or better known as “King Kong Sharkey,” and related to Irish boxing great Tom Sharkey, it wasn’t long before he joined the family business of training and fighting. My overwhelming feeling when dealing with Sean Sharkey is good intentions – he might not always be perfect, but he never means ill-will. The intentions are pure; time is just always against him as each day seems to be a marathon to get everything done. Tom Sharkey’s career record was 37-7-6 and was part of The RIng Magazine’s 100 Greatest punchers.

This can best be seen when entering the gym. Regardless of who it is, the answer is always the same. “Hey, buddy,” is the greeting from Sean Sharkey with an outstretched hand prior to the COVID-19 pandemic.

At the old gym located on Main street in Martinez, California, the same boxing gym from the Netflix show “13 Reasons Why” you could often see him mopping the mats before jiu-jitsu from 3-4 pm as the high school kids came to the gym for something to do. He’d talk to you individually, often talking of the athletic achievement of one of the members.

Someone who was a Marine did over 1,000 burpees when he cleaned the gym. He told me all about it when I got there. The strongest member of the gym, a San Francisco member of law enforcement, set a record on the squat. Sharkey told me as I attempted to put a working set of 185 lbs, which I did might I add. Hell, my favorite lift, the deadlift, was taught to me by Sean Sharkey, who watched me for two months on my form. It is always a story, and Sharkey is an ambassador of the gym who owns, runs, and loves.

The evenings were when the pros who showed up after work or the seasoned fighters showed up, such as successful business owner Alejandro Cuadra, the owner and founder of Urban Barber College, to Travis Wilkins, a legendary boxing veteran; the gym was always filled with lively characters. You could see world-class training and someone working hard to get their life back on track in a 30-minute time span. It was partially a workout and partially a social club.

Yet, if you would’ve told a young Sean Sharkey this was his life, he’d probably be confused. “My dad told me, you play ball, you don’t box,” said Sharkey. “I quit not long after.” Sharkey stated with a brief chuckle, the humor that Sharkey lives by in the gym.

I would get to work out, but mostly, people wanted to talk about fights. The gyms will give you the purity the internet does not. These are the conversations that deeply shaped me and grew me. As I look back on that version of the gym, it was a melting pot of many people, all of whom had aspects of obsession about them, and boxing filled the void of something to put all of their energy into. Sean was the reason for this, as he allowed the gym to function as a community. Though at times structure was void, the bond between those who went through his gym was lifelong.

Seeing a great trainer like Jason Harrison open the gym and close the gym for years on end seemingly built his now successful business model that has molded him into one of the emerging coaches in the Bay Area. Sean’s son, Christian Sharkey, is one of the most decorated MMA prospects in the country, who just can’t seem to stay healthy, but is someone who is a mainstay in the gym. The gym feels like the modern-day equivalent of the famed tough-guy gyms of MMA in the past like Team Quest or Ken Shamrock’s Lion’s Den.

It is the only boxing and MMA gym in which no one cares. Everyone works hard, everyone has a lot of emotional baggage, and as young as you train hard, like the mythic legend of FightKore Rick Reger, a true bad-ass of the gym, you would have no issues. No matter who you are, you were welcome, but you had to occupy yourself. During COVID-19, the gym shut down as rent prices grew, and the government didn’t allow the gym to operate. No more kids classes, no more evening classes for women taught by Sean’s wife, Kristina. The gym was working as a major net loss and was moved to a commercial space in an industrial section of Martinez, California.

The new gym now operates as more of a speakeasy than a boxing gym. No signs are posted. If the door or garage door isn’t open, you will not know it is a boxing gym. A sign near a metal box inside the gym tells you to leave your gym dues there. A bit of weight equipment greats you, but boxing is what excites with a ring at the back and a slew of bags in front of the ring.

Sharkey, who now balances a full-time job, being a gym owner, and a co-founder of the Feet First Foundation, a project that was built on his dedication to helping young people along with Dan Dorsett. Dorsett saw firsthand the impact Sharkey’s teachings had on him and his children – hence the start of the foundation. The only problem is that there is only so much of Sean Sharkey to go around, and often Sharkey is running himself thin.

When thinking of FightKore, it is always a sum of all the parts, as the strange will always stand out the most. I once trained there, say a year ago, when someone was doing a slew of donuts in a car outside of the gym, I don’t know why, but it happened, and it made me prolong the workout. I left when I heard nothing and saw the ground graffitied with tire tracks. On another evening, I heard a strange hiss outside that sounded like a massive snake, it made no sense, but I told the fighter I was assisting, Arzhonie to keep working out as we didn’t need to know what it was. When we left, nothing was there.

Gym folklore and tall tales made our gym, as it was a band of outsiders shunned by the world, who would forgo the bar, to help train people as best as we could, even if we struggled to all get along. FightKore is a tough guy gym, a no-nonsense gym not unlike the 70s and 80’s bodybuilding gyms in Southern California with a focus on fighting. It doesn’t matter what your political views are; leave them at the door and work in unison with the members as you will see convicted felons working side-by-side with active police officers, something the media seemingly wants you to believe is impossible. Yet, Sean Sharkey has proven it can happen and be successful.

Yet, Sean Sharkey is the first to tell you when he was wrong about anything. “I once said there was no place for women in boxing,” said Sharkey with a look on his face that showed shame. “I was wrong; just look at the Katie Taylor and Amanda Serrano fight. I just didn’t understand.”

The gym has provided a safe space to Tatiana Almarez, a former amateur fighter who trained for close to a decade out of the Martinez, California gym, seemingly only sparring men. It isn’t remarkable in what it is, but it is important in what it is. Often people cry about the end, but we should change that by being grateful that it happened. That sums up Sharkey’s vision of building a fighting community and letting the memories add up. Not just a community, it is a coping group – when someone is wrong, people have conviction to speak up. People don’t all think alike, but they do care.

The biggest thing about Sharkey is – the investment in the youth. In his 30-or-so-year commitment to the youth, many of the instructors or long-time members started as children. The annual fundraisers are a thing to witness, as random sparring sessions would always occur, and they would get wild. The community isn’t just people paying to use the gym; they end up being life-long relationships. FightKore is the place I thought I would spend 20 years of my life at. As days of seeing Angel Cordon Jr. and Andy Vences throw a medicine ball against the wall of the old Main St. gym which had a thrift store connecting to the gym, we would often wonder if pictures fell off the wall from their extensive training. Seeing Travis Wilkins spar any and all, even after a full day of working hard labor, and seeing people being first introduced to the sport of boxing knowing nothing but being guided safely in a sport that loves to use and abuse the youth.

The wisdom of Karl Sharrock echoes through the corridors as Sharrock is one of the last teachers of the sport of boxing in California, let alone the world, and Shane Wheaton would be working with Noe Perez to prep him in the gym. FightKore has many eras, all beginning and ending with Sean Sharkey. Sometimes a program or gym is viewed as a success based on appearances on TV, world champions, and whatnot, but no other gym allows such a diverse group of people to train together realistically than Sean Sharkey’s Martinez gym. It isn’t for everyone, but it is authentic.

Sean Sharkey created a gym that embodies communal change and an interesting real-time episodic television show. It had a local bar feel, but instead of alcohol, everyone was training and working out. Not bad for an ex-bounty hunter as Sharkey turned Northern California boxing legend simply by wanting to help others.