Why am I so afraid of Elon Musk and editable tweets? 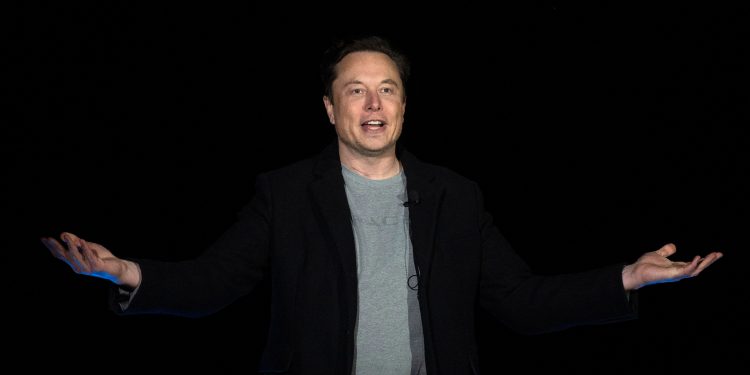 
Twitter will, in the not too distant future, let you edit Tweets. That news, which arrived a few days ago, was momentous enough, but felt more like the shocking aftertaste you get from hard candy with a sour middle – that’s because we were still digesting the one-two-punch news of Elon Musk buying 10% interest in the company and quickly joining Twitter’s board.

This was a lot to take in.

Understand that I’ve been using the social network for 15 years. It’s only been around for 16 years. Through all the changes, including the launch of a mobile app, the introduction of images, retweets, mentions and threads, doubling the lengths of tweets and the launch of a subscription service, there has never been a week like this.

Twitter has been a sort of de facto record of the early 21st century, with billions of posts, capturing tiny events and big moments, traveling around the world faster than a SpaceX rocket can escape the Earth’s gravity.

The only way to change that record has been to delete it; or rather, delete tweets. If you think of Twitter as a personal publishing system (we used to call it a micro-blogging platform), this makes sense. Websites have always given us the ability to add, edit, and remove content. Media sites regularly delete vast quantities of material, mostly to fix search engine optimization issues.

On Twitter, though, most of us never delete our tweets. I do it when there’s an embarrassing, egregious error – a wrong or broken link, or a massive typo. Even then, there are times when I lose control of the tweet – it goes a little viral – and removing it might upset hundreds or thousands of people who liked or shared it.

So I leave it, and dream, once again, of the edit button.

It just got a huge cash infusion and vote of confidence from a new part-owner (and from the stock market, which liked the news), and I have confirmation that, after years of pleading, I will in the not-too-distant future, be able to edit my Tweets.

So why am I so anxious?

I’ve been an avid Musk watcher for years. I first interviewed him in 2012 (opens in new tab) and eventually created a short-lived, daily Musk-watching podcast called 33 Million Miles to Mars (opens in new tab). I understand the guy, and think nothing better captured his genius and surprisingly emotional personality than this 2017 Rolling Stone profile (opens in new tab).

It’s also pretty easy to see Musk’s personality on Twitter (opens in new tab), a platform he loves and hates in equal measure. He’s been on it for years, and often uses it as his visible ID (and ego), letting loose with silliness, abrasiveness, pique, and insight. I’ve had, on Twitter a few really interesting conversations with him about Tesla’s technology (opens in new tab).

Musk cares about Twitter, but he also seems inclined to burn it to the ground; it’s clear that he has no intention of being a silent partner. Former CEO and Twitter co-founder Jack Dorsey admitted as much when he called the current Twitter CEO Parag Agrawal and Musk “a team.”

Viewed as an agent of change, Musk’s arrival on the Twitter board could be welcomed with excitement. What will he inspire? What will he demand? What might he carelessly share about Twitter’s future plans on Twitter?

Adding Musk to the board is not like bringing on anyone else. He is one of the most recognizable people in the world and a polarizing figure. For every fan of his triumphs in the EV and space sector, there are people who believe him a dangerous, self-aggrandizing showboat. My take is that Musk is a true genius (he taught himself rocket science) with an underdeveloped emotional core.

Shortly after announcing his stock buy, and true to form, Musk took to Twitter and ran a poll on whether Twitter should introduce editable Tweets. More than four million people voted, with 73% saying yes (or “yse” as his tweet comically put it).

Knowing Musk as I do, I was still processing his big move when Twitter shocked me, and its 300 million-plus other devoted Twitter users, with news that it’s currently working on editable tweets. The company insisted that it had been working on the feature for months prior to Musk joining the board.

Instead of being thrilled, though, I felt a new wave of anxiety. Saying “editable tweets” is one thing – implementing the feature in a way that doesn’t destabilize Twitter to the point of uselessness is another.

I immediately wondered if I’d be using it to go back and fix silly errors, or a structural problem on my single most viral tweet (opens in new tab). I’m not jumping to do it, because the more I think about editing tweets, the more I realize it’s not about rewriting history (I pray it’s not); it’s about fixing of-the-moment errors. Silly things like typos, and bigger things like where you angry-tweet one minute, and realize five minutes later that you can tone it down and not incite a Twitter riot.

My concern meter dialed back a bit after Jay Sullivan, Twitter’s Head of Consumer Product, offered a few more details (opens in new tab) about how Twitter might approach the biggest change to its platform in a decade.

He noted that Twitter knows people want to fix “(sometimes embarrassing) mistakes, typos and hot takes in the moment,” but more crucially added, “Without things like time limits, controls, and transparency about what has been edited, Edit could be misused to alter the record of the public conversation. Protecting the integrity of that public conversation is our top priority when we approach this work.”

Personally, I hope this means that I won’t be able to go back five years and tweak my viral tweet, that we’ll have change histories, and that historically significant Tweets can’t be altered at any time. That last point is a bigger ask, I know, and may relate to who is tweeting. Public figures might be stuck with policy tweets, and only be able to access the editable tweet feature in the first 10 minutes after posting. Unverified and non-public figures might be given more time.

This would be reasonable, but even as I write this, I feel Musk’s stare. He has thoughts on this, I’m sure, and could push for more extensive and free-wheeling editable tweet settings, especially some that could help him go back and change everything and anything in his Twitter timeline.

Still, Musk is also a savvy businessman, and could not have built and maintained multiple businesses, especially the successful Tesla and SpaceX, without having exercised some restraint. I have to believe that Musk will show restraint here; otherwise… well, I’ll just leave a Musk recent tweet right here.