Why Can Australians Drive, Work and Join the Army Before They Can Vote? 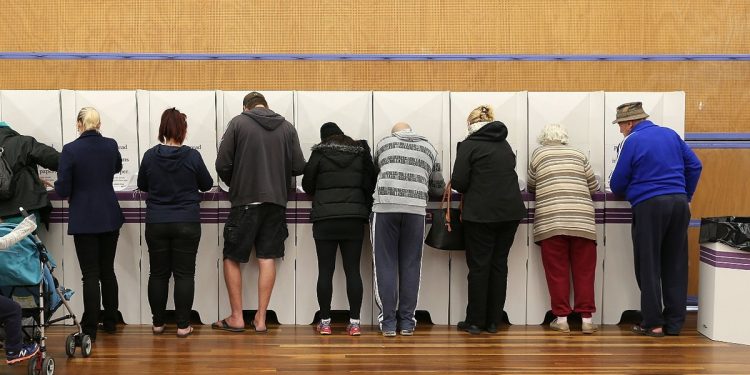 
Young people are growing up in the shadow of a climate crisis and global conflict, amid sky-high housing costs and a precarious economy. For decades, government spending and policies have also been skewed in favour of older people. Yet in Australia, young people don’t get to vote until they are 18.

While the idea of lowering the voting age has come up before, there is now renewed interest in allowing 16-year-olds to vote at the state and territory levels.

We need the voting age put on the national agenda in Australia as well. This 2022 federal election should be the last election to exclude 16 and 17-year-olds.

The ACT has been considering reducing the voting age from 18 to 16 for territory elections and allow residents to enrol to vote as early as 14. This Greens-initiated bill has significant community support from groups such as the Youth Coalition of the ACT and ACT Council of Social Service.

There has not yet been a vote, but a Liberal-chaired parliamentary inquiry last month recommended the bill not be passed.

Last month, the NSW Greens similarly announced another bill, which would lower the voting age to 16 in that state by permitting, but not requiring 16-year-olds to vote.

What about other countries?

This is not the first time lowering the voting age has come up in Australia.

In 1973, during the Whitlam government, federal parliament lowered the minimum voting age from 21 to 18. In 2015, then Labor leader Bill Shorten pledged to lower the voting age to 17 or 16. In 2018, the Greens also proposed voluntary voting rights for those aged 16 and 17, which resulted in a senate inquiry but no change.

This is not a hypothetical concept. Many countries have lowered the voting age, including Argentina, Brazil and Ecuador who also have compulsory voting.

Scotland’s voting age is 16 for local and national parliament elections. The Isle of Man, Jersey and Guernsey reduced the voting age to 16 for local elections in 2015. Cuba, Greece, Indonesia, Israel, North Korea, Nicaragua, and South Sudan, have a voting age of 17.

And if you think 16 is young, there is even debate among political scientists on the merits of lowering to voting age to as low as six.

Research shows there are many benefits in lowering the voting age.

Giving young people the vote will encourage them to register and turn up to vote on election day. In the 2014 Scottish independence referendum, 16 and 17-year-olds voted at rates as high or higher than their 18 to 20-year-old peers.

This suggests lowering the voting age is part of the solution to the growing distrust in western governments, falling voter turnout and declining membership of political organisations.

Being able to vote also means having direct democratic influence.

Politicians and others will be more inclined to visit the settings that matter for young people, including schools and higher education venues, and listen to their opinions, if young people are on the electoral roll. In turn, the experience of being recognised and having your views and interests taken into account can build confidence and trust in formal politics.

The fear that giving 16-year-olds the vote will affect election outcomes might explain major parties’ resistance to doing this. Certainly in Britain, the 2019 general election saw an unexpected influx of new young voters, leading some to talk about “youthquake”.

Much of the opposition to reducing the voting age depends on ageism and the idea young people lack sufficient moral judgement, cognitive ability or life experience to vote responsibly.

But there is plenty of research showing 16 year-olds have sufficient ethical and cognitive capacities to form political judgements.

We also know that by 16 you can do paid work, pay tax, enlist in the military, drive a car, consent to confidential health care and be charged with criminal offences.

The least we can do

Democracies have always been strengthened when more people are allowed to vote, from men without property to women, to Indigenous people and then those under 21.

It would be exactly the same if younger people were allowed to enrol and vote.

At the same time, lower the voting age acknowledges the national and global crises that young people are experiencing and will inherit.

Supporting the vote for young people who, by definition, have the greatest at stake in the political process, is the least that older generations can do to redress this imbalance.