Why does the metaverse look so… normal? 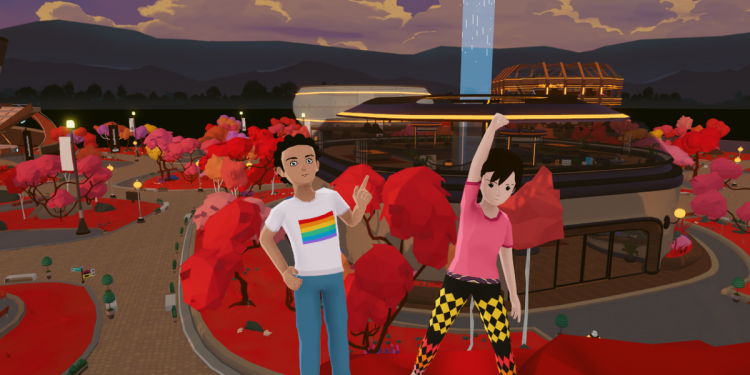 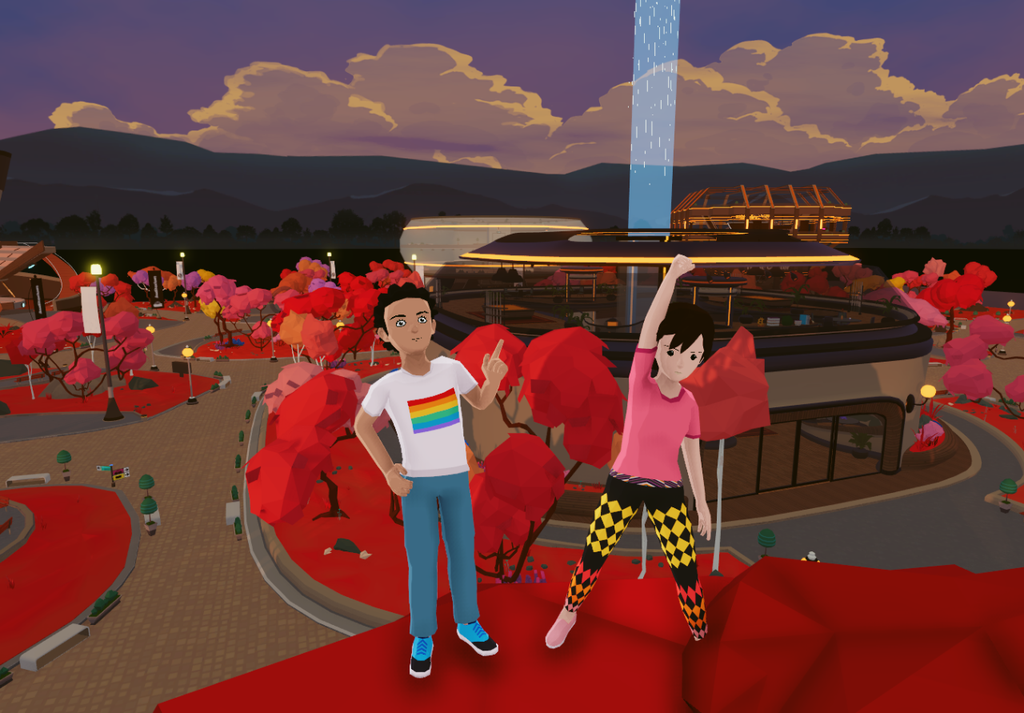 In the physical world, cities are shaped by innumerable forces. Some are desirable, designed in conversation with local communities. Others are not, subverting building regulations for financial gain.

By contrast, space in the metaverse – the version of the internet comprising immersive games and other virtual reality environments – has so far been smooth, clean and very ordinary. This is despite its links to emerging, “disruptive” technologies such as cryptocurrencies.

Our research shows that while designing virtual worlds gives people a creative voice, it can also reveal the infinitely more complex social, societal and historical ways by which physical places are formed.

We explore how architects can use virtual environments to enhance understanding about real-world cities. Metaverse designers need to be similarly mindful of the social effect their designs will have.

People have always imagined cyberspace to look like a version of real urban space. In his 1992 novel, Snow CrashAmerican sci-fi writer Neal Stevenson was the first to imagine the metaverse, built along what he called the Street. In his world, this grand boulevard wrapped around the globe, but was nonetheless presented as a typical urban thoroughfare, lined with buildings and electric signs.

Recent ads from Facebook’s parent company Meta suggest Mark Zuckerberg’s vision for the metaverse is not much different. As a visitor, you stand in front of an impossible landscape where snowy woodlands meet tropical islands, but the built structures are minimalist villas and wipe-clean space stations. It looks more like a spatial mood board of random “cool-looking” imagery. Zuckerberg’s metaverse world acts more like a desktop background rather than as a considered, spatial environment.

Meta’s Horizon Worlds is a social platform where users have a set of tools with which to create and share virtual worlds. Ads here feature users’ avatars walking through food halls or seated in train dining cars, all designed to look like their real-world counterparts, but rendered in a simplistic graphic style, like a children’s TV show.

While Meta’s promotional vision for metaverse worlds is a series of distinct snapshots, other metaverse platforms such as Decentraland, The Sandbox and Cryptovoxels feature some level of urban planning. Like in many real-world cities, they use a grid system with plots of land distributed on a horizontal plane. This allows for property to be easily parcelled and sold. However, many of these plots have remained empty, demonstrating that they are primarily traded speculatively.

In some instances, content – buildings and things to do, see and buy within them – has been added to plots of land, in an effort to create value. Virtual property developer the Metaverse Group is leasing Decentraland parcels and offering in-house architectural services to tenants. Its parent company, Tokens.com, has virtual headquarters there too, a blocky sci-fi-style tower, in an area called Crypto Valley. Like many other metaverse buildings, it serves as a giant spatial symbol, designed to draw people towards it.

Other Decentraland structures include a dive-bar recreation by Miller Lite and a neon shrine promoting Japanese virtual diva Edo Lena. There are also countless white-cube art galleries selling NFTs (digital certificates linked to artworks) such as that by mlo.art. These structures look just like real-world galleries, but simplified and decontextualised.

In his 2012 book, Building Imaginary Worldsmedia theorist Mark JP Wolf says that fictional worlds often “use Primary World [ie real world] defaults for many things, despite all the defaults they may reset”. In other words, because everything in the metaverse is built from scratch, technically you don’t actually have to reference the real world in your designs.

But many people choose to do so anyway. They plump for familiar architectural characteristics in their virtual buildings because it makes it easier for participants to feel immersed.

Research shows this is also how artificial worlds have been created in real life. Art historian Karal Ann Marlin describes the built environment of Disney’s theme parks as “an architecture of reassurance” where reality is “plussed”, that is elevated in ways that make it feel both new and comfortably familiar.

Another place to find such “plussed” architecture is Las Vegas. The Nevada city has been described by urban historians Hal Rothman and Mike Davis as a vast laboratory. Corporations there have created urban spaces as collages of other cities, such as Paris and New York, in a bid to test “every possible combination of entertainment, gaming, mass media and leisure.”

Real cities are now choosing to emulate themselves in the metaverse. South Korea’s Metaverse 120 Centre will provide both recreational and administrative public services. The project is one of the few metaverse initiatives primarily led by a government, as part of the nation’s digital new deal for public digital infrastructure. The aim is to nurture smart city technology, preserve and showcase heritage and host cultural festivals.

Research shows that the design of public urban spaces has evolved alongside the way people behave within them. Likewise, the success of the metaverse – whether people use it or not – will rely heavily on the environments that are created.

Virtual spaces need to be convenient for people to access and engaging enough for them to return to. They also need to harness and extend what makes them different from physical spaces. Simply transplanting real-world logics of property development and trading into the metaverse might recreate the social and economic stratification we find in real-world cities, which undermines the metaverse’s emancipatory potential.