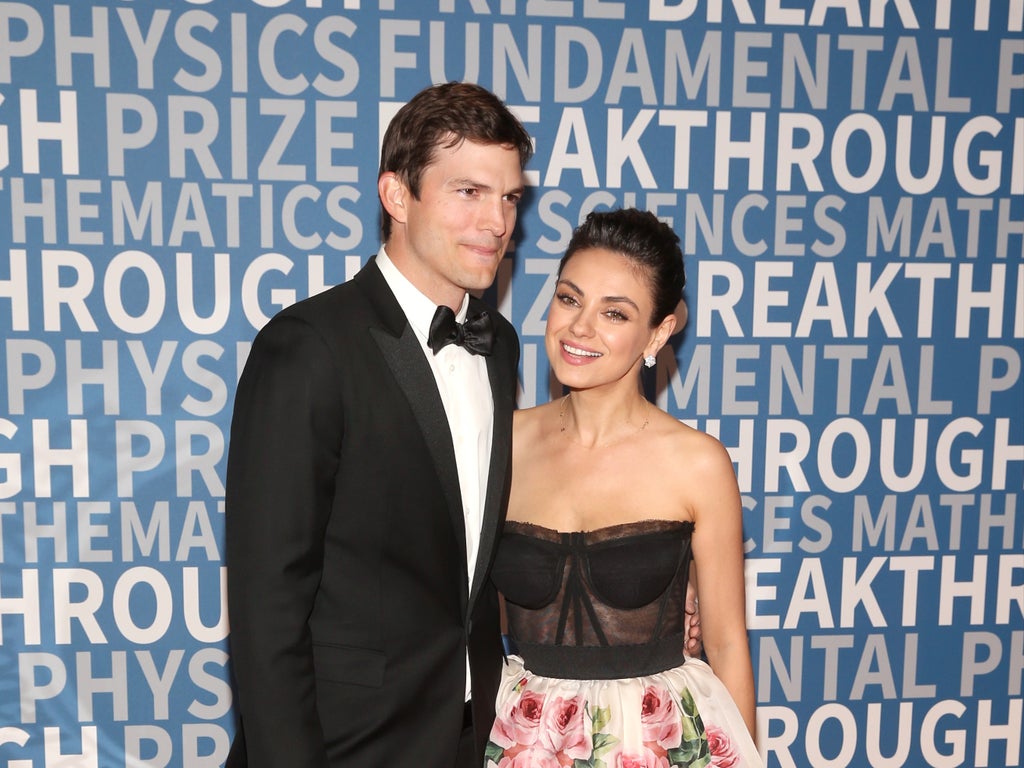 Ashton Kutcher and Mila Kunis have sparked mixed reactions after revealing that they only bathe their two young children when “you can see the dirt on them”.

The couple, who share six-year-old daughter Wyatt and four-year-old son Dimitri, discussed their parenting habits during an appearance on Dax Shepard’s Armchair Expert podcast, where they revealed why they’ve adopted the laid-back approach to bathing.

“I didn’t have hot water growing up as a child, so I didn’t shower much anyway,” Kunis said, adding: “But when I had children, I also didn’t wash them every day. I wasn’t that parent that bathed my newborns – ever.”

Kutcher then acknowledged that there is “no point” bathing children unless they are visibly dirty, with the actor revealing that he himself just uses soap and water on his “armpits and crotch daily,” but “nothing else ever”.

On social media, the revelation prompted both confused and concerned responses from fans, with one person tweeting: “I was today years old when I found out ⁦Ashton Kutcher and Mila Kunis are flat out gross.”

Another accused the couple’s mindset when it comes to cleanliness of being “so bizarre and disgusting”.

However, according to experts, Kunis and Kutcher’s bathing habits aren’t wrong, as children aged six to 11 do not require daily baths.

According to the American Academy of Dermatology Association (AAD), having children aged six to 11 take a daily bath is “fine,” however, children in the age group “may not need a daily bath”.

Rather, the organisation states that children within this age group should typically be bathed once or twice a week, as well as “when they get dirty, such as playing in the mud,” after being in a lake, pool or other body of water, and when they “get sweaty or have body odour”.

There is also no need for daily bathing when children are younger, as dermatologist Joan Tamburro, DO previously told the Cleveland Clinic that babies, toddlers and young children should “spend some quality time in the tub two to three times per week,” but that their “delicate skin doesn’t need daily cleansing”.

However, when children hit puberty, most experts recommend daily bathing, while the AADA also notes that teenagers should “wash their face twice a day to remove oil and dirt”.

When it comes to the possibility of drying out sensitive skin, Dr Tamburro warned against skin-drying “harsh antimicrobial soaps,” with the dermatologist explaining that these products can make skin dry and itchy, especially if they are being used during daily or frequent baths or showers. She did note, however, that gentle soaps are “safe for frequent bathing”.

As for adulthood, daily showers to “maintain good hygiene” are more of a societal norm than a necessity, according to Emily Newsom, MD, a dermatologist at Ronald Reagan UCLA Medical Center, who spoke to Self.

Dr Newsom also told the outlet that washing with soap is really only required in a few places on your body, such as your armpits and groin area.

While many fans were surprised to learn about the couple’s bathing habits, others took the opportunity to reveal that they follow similar routines when it comes to cleanliness.

“Lots of folks making nasty comments about this, but I grew up on a Saturday evening bath routine as a kid and in middle age, don’t shower daily, either. There is no need,” one person tweeted, while another said: “I hate that I’m agreeing with them but they’re right – people don’t need to shower everyday. And kids also don’t need to bathe everyday. Science says so.”