Why F1 drivers are weighed after qualifying and races? 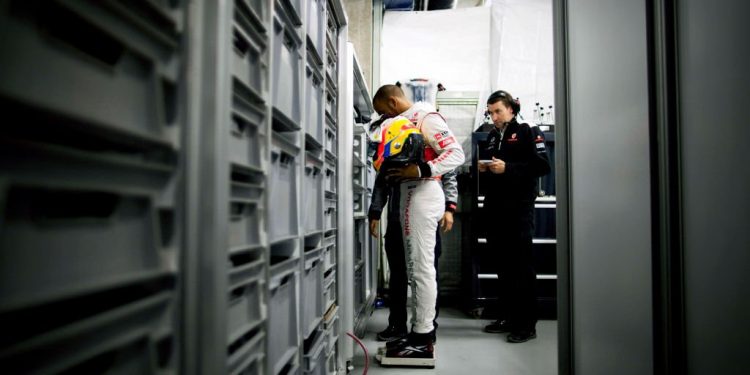 
F1 drivers must be weighed as soon as they step out of their car after qualifying and races – but why is this the case?

You’ve just put your car on pole position or claimed a crucial victory in your bid to win the world championship in Formula 1.

You bring the car back to the pit-lane, get out and there’s a guy there from the FIA waiting for you.

He’s not there to offer congratulations, but to weigh you.

This might seem like an odd time to weigh F1 drivers, but it is an important step every driver must pass.

Why are F1 drivers weighed?

The first reason why F1 drivers are weighed is to make sure they are within the rules.

If it’s over 795kg, congratulations – your result stands.

Every driver is weighed – and sometimes during practice or qualifying – the FIA can randomly select a car to stop at the weighbridge in the pit-lane to be measured to ensure no cheating is taking place.

Miss it, and that’s a severe penalty – usually a grid drop.

Obviously, by weighing themselves throughout a weekend and after sessions, drivers can find out how much weight they’ve lost.

By using this number, they can adjust their training and nutrition to ensure they are in peak condition throughout the race weekend.

Drivers typically lose around 2-3kg of weight per race, with races in humid races such as Singapore recording higher numbers as drivers sweat more.

In other news, What is Void Lap 58 in F1 as the FIA report into Abu Dhabi drops?

Female Students Underestimate Their Abilities, Why?