Why faces are perceived differently by liberals and conservatives 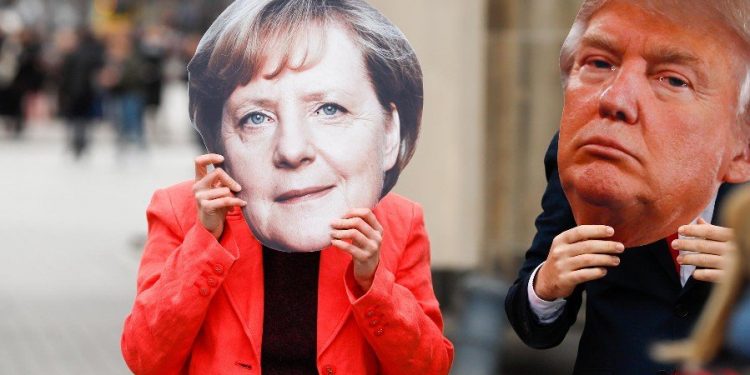 
A new U of T Scarborough study finds that liberals and conservatives differ in how they perceive dominance in women, which may influence their likelihood to vote them into political office.

“We found that conservatives and liberals read dominance signals differently in the faces of men and women,” says Pankaj Aggarwalprofessor of marketing in the department of management at U of T Scarborough.

“This has some practical implications for politics, gender stereotyping and how we perceive leadership roles in society.”

Aggarwal and co-author Ahreum Maeng, an associate professor at the University of Kansas, looked at the width-to-height-ratio of a face to measure perceptions of dominance. Basically, a person with a wider face is perceived as having a more dominant personality and possessing stronger leadership traits than someone with a narrower face.

In a series of experiments, the researchers found that wider faces in men are perceived as more dominant, but the same perception is less likely for women’s faces.

One of the studies involved showing conservatives and liberals the faces of men and women candidates and asking them to rate their likelihood to be elected into political office. Men with wider faces were perceived as more dominant and electable, but the same wasn’t true for women with wider faces.

The researchers found conservatives showed a stronger bias against women’s faces to the point that they were less likely to elect a woman candidate due to a perceived association with lower dominance. Liberals indicated they were more likely to vote for a woman, but like conservatives, they also didn’t perceive women with a wider face as more dominant.

“While there is a gender stereotype effect that does kick in for liberals, it isn’t as strong, and on average they were more likely elect women and think of women as leaders,” says Aggarwal.

He says one reason for this difference may come down to conservatives believing in maintaining social hierarchies, while liberals actively try to override this bias and create a less hierarchical society.

As for why people perceive a wider face as more dominant and worthy of leadership, Aggarwal says the explanation is likely rooted in evolutionary psychology. In traditional societies, men held leadership roles through aggression and were perceived as more dominant.

The research, which will be published in the Journal of the Association for Consumer Researchraises an interesting question about what can be done to counteract this effect. Although gender equality has improved in many societies, women leaders are still nominated less frequently than men. One of the reasons may come down to how people read the facial cues of candidates.

Aggarwal says it’s important to be aware of inherent biases and stereotypes and try to counter them. He said it’s also important not to let them cloud judgement about a candidate’s electability.

“You may be well-intentioned, but these biases can be unconscious,” says Aggarwal, whose research looks at brand anthropomorphism, the idea that human traits are often given to companies and products.

“These biases can be strong, so I think the biggest thing is to be aware and try not to be guided by them.”