Why Is Exxon Mining Bitcoin? 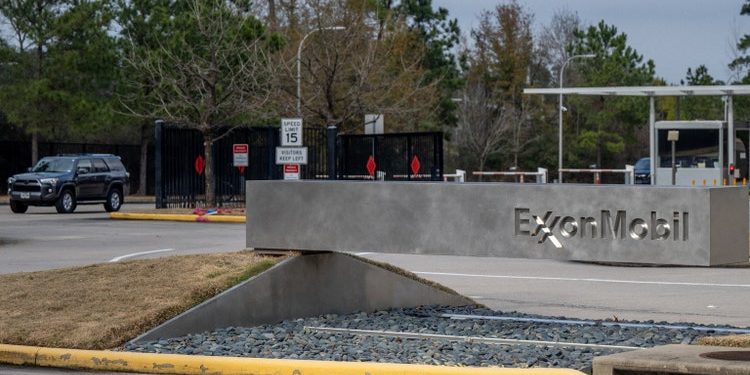 When drilling for oil, it’s not uncommon to accidentally tap into natural gas reserves. When this happens without any way of capturing or harvesting the gas, energy companies burn it off, lest it finds its way into the atmosphere. This process, called flaring, isn’t only commonplace, it’s also extremely wasteful. The World Bank estimates that energy companies flare as much as 142 billion cubic meters of natural gas each year.

Flaring has long been a problem for the energy industry, and there are many initiatives underway to try and reduce this waste. It’s part of the reason ExxonMobil (XOM) has started mining bitcoin. But how does Exxon mining bitcoin reduce instances of natural gas flaring? It’s a strategy we’re just learning about, from a project kept tight under wraps for the better part of a year.

A Closer Look at the Bitcoin Mining Operation

There’s very little actually known about Exxon’s foray into bitcoin mining. Exxon hasn’t publicly spoken about its interest in bitcoin mining and has declined to comment on inquiries about the program. Here’s what we know.

ExxonMobil’s involvement in bitcoin mining dates back to January 2021 (possibly earlier). That’s when it partnered with Crusoe Energy Systems to address flaring at oil fields. Crusoe’s technology turns flare gas into a viable resource by capturing it and burning it at the point of release. In other words, instead of flaring gas, Exxon and Crusoe are turning it into energy for bitcoin miners.

Crusoe transports shipping containers full of bitcoin miners to drill sites where they’re powered by flare gas combustion in real-time. Exxon doesn’t need to worry about capturing or burning this gas. According to a CNBC report on the program, this alternative to flaring has the potential to “reduce CO2-equivalent emissions by about 63% compared with continued flaring.”

In using flare gas to power bitcoin miners, Exxon is effectively turning a negative into two positives. Instead of flaring the gas at a net waste, it’s burning clean energy to mine cryptocurrency at a new profit. The result has the potential to be both environmentally sustainable and profitable for Exxon; however, there’s no way of quantifying these benefits so long as the details of the pilot project remain under wraps.

Right now, Exxon bitcoin mining is exclusive to drill sites in North Dakota’s Bakken region; however, success could push a rollout further. A report by Bloomberg illuminates the potential for bitcoin mining at oil fields in Alaska, as well as across the world. It’s likely that investors can expect more information about the program as Exxon seeks to expand to oil fields across the world.

Initial speculation about ExxonMobil’s bitcoin mining operation stemmed from new reports about another hydrocarbon giant engaging in a similar strategy. In mid-February 2022, reports of ConocoPhillips (COP) engaging with a bitcoin mining company went public. While the name of the cryptocurrency miner in question remains unknown, it’s a clear indicator that bitcoin mining is an enticing prospect for dealing with flare gas.

ConocoPhillips has been more forthcoming about its interest in bitcoin mining. In a September 2021 investor presentation, the company expounded on the potential for capitalizing on flare gas in a concept titled “Compressed natural gas & digital currency beneficial use technologies.”

ConocoPhillips’ initiative is also active in the Bakken region. This, in addition to recent revelations about Exxon mining bitcoin, has led many industry analysts to suspect that competitors like Marathon Oil and EOG Resources are also exploring bitcoin miners in the area.

After the revelation of Exxon’s bitcoin mining program, shares of the oil and gas giant traded sideways. And they have remained relatively flat since. This could represent investor ambivalence toward the news. However, it’s more likely correlated to the turbulence the cryptocurrency market has weathered in 2022.

Bitcoin is down more than 30% from highs in early November and has struggled to break and sustain resistance at $44,500. Traditional investors may struggle to see the potential for revenue growth stemming from bitcoin mining. Moreover, the volatility of bitcoin opens the door to potential risk. And the cost of Exxon’s partnership with Crusoe remains unknown. Simply put, there’s no guarantee of gains from this venture and no way of quantifying any potential ROI.

Investor sentiment was similar for ConocoPhillips, and shares traded flat on the news of its own bitcoin mining operation.

Is Exxon Mining Bitcoin a Viable Solution to Flaring?

While an innovative, outside-the-box way to reduce instances of flaring, there’s skepticism about bitcoin mining as a way to capture and utilize rogue natural gas repositories. Environmental pundits argue that enabling bitcoin mining perpetuates an industry with known ecological repercussions. Others argue about the transparency of such a venture, citing largely unregulated cryptocurrencies as a way to conceal profits.

Criticisms aside, Exxon (and ConocoPhillips) have seemingly found a way to both address the waste associated with traditional flaring and create value in the process. The initiative remains clandestine for the time being. But, as details become available, investors eagerly await results that serve as a proof of work for Exxon’s bitcoin mining experiment.

Disclosure: We expressly forbid our writers from having a financial interest in their own securities recommendations to readers. All of our employees and agents must wait 24 hours after online publication or 72 hours after the mailing of printed-only publication prior to following an initial recommendation. Any investments recommended by Investment U should be made only after consulting with your investment advisor and only after reviewing the prospectus or financial statements of the company.

Doechii ‘Crazy’ Video Banned From Trending On YouTube Due To Nudity

Doechii 'Crazy' Video Banned From Trending On YouTube Due To Nudity