Why is the UK government backing nuclear power when onshore wind is so much better? | Alethea Warrington


After Friday’s huge jump in energy costs, millions of people across the UK face a frightening future. Urgent measures are needed but, instead of taking action, the cabinet is absorbed in a pointless argument that wrongly pits the energy bill crisis against our climate commitments. In reality, the best way of bringing down bills is to get off gas for good.

We can take immediate steps to stop using gas because the UK has clean energy sources that can get going quickly, and are cheap and popular – wind and solar in particular. But at a time when they should be powering up the UK with renewables, ministers have other ideas: suggesting deepening our reliance on fossils fuels by opening up more drilling in the UK; or labouring under the misapprehension that people would rather live near a nuclear power plant than a wind turbine.

The government’s tug of war over onshore wind is particularly puzzling. Onshore wind is clean, cheap and extremely popular, with the government’s own polling showing support from four out of five people in the UK. Far from considering them an “eyesore” as some Tory MPs and ministers worry, a Survation poll last year found that people who live near existing windfarms are the most supportive of all. Yet a major cause of the past month’s delay in getting the energy strategy out appears to be the government’s utterly unfounded concern that people don’t like onshore wind, and their mistaken belief that removing the virtual ban on new wind projects in England would provoke huge resistance from Conservative voters.

The government removed support for onshore wind in 2015 following pressure from a group of Conservative MPs, some of whom have since changed their minds, left parliament or moved on to other pet peeves. The dislike for visible renewable energy projects from a fraction of the Conservative backbenches has always been out of step with public opinion, which has been consistently behind renewable energy, including onshore wind.

Even a decade ago, two-thirds of people supported onshore wind, with support steadily rising to the 80% at which it currently stands. The British public know that clean energy is the way out of this crisis but, as they watch their energy bills shoot up and face the dismal prospect of cold homes, all they can see is their government dithering and delaying on the clean energy sources that are the quickest and easiest solution.

Instead of fixing this crisis with renewable energy, ministers are reportedly thinking of pursuing nuclear power. Ministers recently tried and failed to argue that onshore wind is too expensive, yet they seem quite happy to argue for bill payers to shoulder the cost of nuclear power, which is about twice as high per unit of electricity as onshore wind.

Given the urgency with which we need to clean up our energy supply and cut energy bills, the sluggish timeframes for new nuclear power projects risk leaving people at the mercy of gas markets for far too long. Wind projects commissioned now can be up and running before the end of next year, while the most recent nuclear projects, announced in 2010, won’t produce any energy until 2026 at the earliest. It is hardly surprising that nuclear power is much less popular than onshore wind, with just a third of people thinking that nuclear power would be affordable and even fewer thinking it is safe.

If the government believes that new nuclear plants will be an easier sell to people than onshore wind on cost or local impacts, they could be in for an unpleasant shock. Ministers who insist that the UK’s energy strategy must prioritise community consent are right. Now they must also recognise that any plan to rush forward with an unpopular, slow and expensive energy source, while keeping the brakes on clean, cheap and quick onshore wind, is unlikely to gain support.

It is time for the government to start listening to what people actually want, which is appropriately placed renewable energy projects that support local people and the local environment and for communities to have a say on the infrastructure in their area. The energy strategy is a vital chance to make this a reality. If the government gets this wrong, we’ll be living in cold homes on a hot planet. If they get it right, this could be the last energy crisis we ever have. 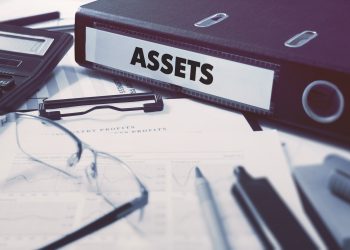