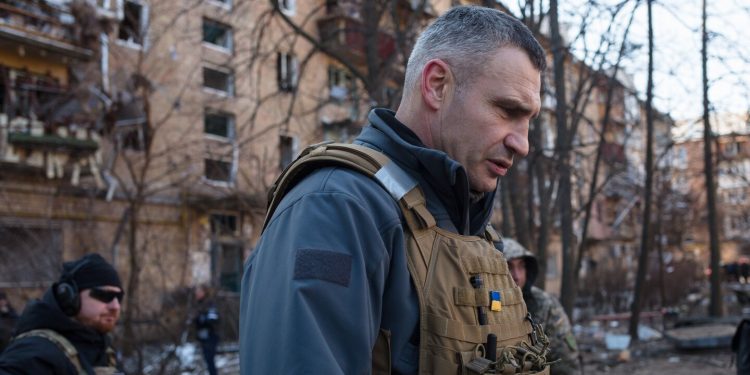 “Can I just watch a game, without … the horrors of the world for half a second,” he asked with laugh, “ … like an earthquake and people getting buried in a mudslide as the next pitcher’s warming up?”

I recalled the observation from the always piercing Burr while channel surfing recently — not for another postseason college basketball game, but for more coverage of Vladimir Putin’s illegal, unjustified, malicious marauding of his Russia’s neighboring Ukraine. Of the bombing, the destruction, the fear, the tears, the human suffering, the courage amid it all.

I’m hard-pressed to think of anything else at this time. I can’t escape into sports. Nor should I. I don’t even want to try, even during this most absorbing stretch of the sports calendar. March Madness for me is no competition for the real madness that, while overseas this time, seems oh so close.

Robert McChesney, a one-time freelance sportswriter turned prominent media scholar at the University of Illinois, pointed out in his now 30-year-old seminal analysis, “A History of Sports Coverage in the United States,” that our belief in sports as harbor from all else is not the result of accident. Instead, the games we love to watch came to be employed as a diversion quite deliberately by media in the wake of World War I, when “sports assumed its modern position as a cornerstone of American culture.”

The 1920s “was also the decade when sports moved into its position as an indispensable section of the daily newspaper,” McChesney wrote.

The specific reason coverage of sports became so conspicuous, McChesney argued, was because of rabid competition for media’s growing audience and publishers’ recognition of what grew or shrank a paying customer base. It wasn’t controversy, or human tragedy.

“Newspapers tended to decrease their coverage of ‘hard news’ and politics,” McChesney wrote, “and instead emphasized escapist and sensational fare that would attract the largest possible readership. Sport fit perfectly within this conception of the press.

“Newspapers began to de-emphasize the strident political partisanship,” McChesney stated. “Sports was ‘safe’ ideologically and did not antagonize any element of the desired readership.”

And from that, sports became a designated refuge from the sobering and the severe, a refuge that attracted a new and growing congregation. All of which helps explain why it shouldn’t have been a shock to hear Jimmy Pitaro all but decree, after being handed the reins of ESPN a few years back — during a time the sports network was wrestling with on-air talent expressing strident political views — that his outlet would steer around what it sensed as potholes of potentially vexing issues outside the arena of sports.

“Sports is about uniting and ESPN needs to unite people around sports,” Pitaro said. “That’s our role, or one of our roles. We have to understand we’re here to serve sports fans.”

But who as a sports fan can’t think about the Ukrainian athletes who have detoured from their sporting careers for the fight to save their country? The three-weight division world champion boxer Vasiliy Lomachenko, from a port city in southwest Ukraine and one of the star’s of ESPN’s boxing programming, left Greece to enlist in the Ukrainian army three days after Russia invaded. He had been training to fight Australia’s George Kambosos Jr. for the undisputed lightweight championship. The current heavyweight champion, Oleksandr Usyk, stopped training in London for a rematch against Anthony Joshua, which would have produced the biggest purse of his career, and returned to his native Ukraine to fight the Russians instead.

The International Biathlon Union reported in early March that a 19-year-old biathlete, Yevhen Malyshev, was killed defending his country. “The IBU expresses its deepest condolences on the loss of former Ukrainian biathlete Yevhen Malyshev (19), who died this week serving in the Ukrainian military,” the union tweeted. “The Executive Board once again condemns the Russian attacks on Ukraine and the support provided by Belarus.”

Among the cliches you have probably heard too many times is one coaches and athletes regurgitate when something of unmistakable horror eclipses the routine of sports competition. It makes them remember, the refrain goes, that they are just playing a game, and that there are more important things in the world.

But that, of course, is always the case. There is no optional reality. No matter how much we wish or try.

The best green or ethical places to invest a Junior Isa

The best green or ethical places to invest a Junior Isa