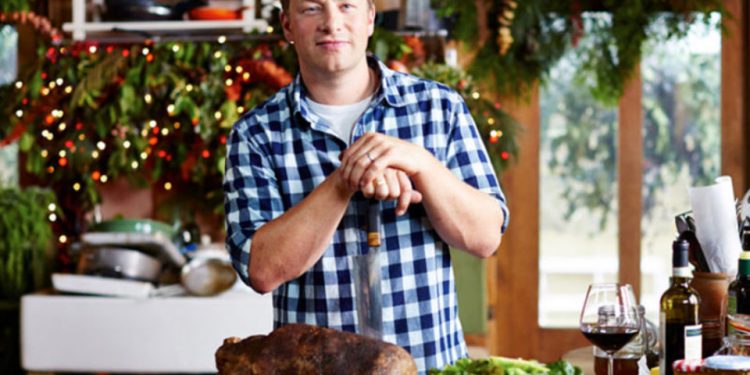 
Celebrity chef Jamie Oliver has revealed he employs “teams of cultural appropriation specialists” after acknowledging some of his popular recipes of the past are no longer acceptable.

Oliver told the The Times newspaper in an interview published this week that his immediate reaction to claims of cultural appropriation was to be defensive and say, “for the love of God, really?”.

But then his thoughts turned to: “Well, we don’t want to offend anyone.”

Oliver, 46, rose to fame in 1999 as the presenter of the BBC cooking show The Naked Chef and has since published a series of successful cookbooks.

Oliver told The Times that his 2011 creation, “empire roast chicken” – an Indian-inspired recipe made up of chicken, coriander, turmeric, garam masala and cumin – would not be appropriate today.

The “empire roast chicken” featured in an episode of Oliver’s Channel 4 TV series in which he set out to celebrate what he called “our Indian love affair” by making a “full-on collision between beautiful British roast dinners and gutsy Asian spices”.

Oliver also celebrated the “trade routes” that he said led to Indian spices making their way into British dishes, and that he used in his “lemon-scented, roast empire-style tandoori chicken”.

Toward the end of the episode, Oliver declared the chicken to be “empire food, you can use your hands”, before raising a toast “to the empire” with his crew.

The episode, originally titled “lemon-scented, roast empire-style tandoori chicken”, has since been renamed on Oliver’s website as “spiced roast chicken”.

For many people from ethnic minority backgrounds, food can be regarded as both personal, and political.

Krishnendu Ray, a sociologist and professor of food studies at New York University, told the BBC that second and third-generation immigrants often had “a sense of loss of their own culture”.

“Their attire is Western, their language is Western, and food is almost the last of the cultural domain that they retain a vivid memory of,” he said.

Cultural appropriation in the kitchen has become a contentious topic in recent years.

Another British celebrity chef, Gordon Ramsay, attracted criticism for opening London’s Lucky Cat restaurant in 2019. It was billed as “authentic Asian“, but employed no Asian chefs.

New York restaurant, Lucky Lee’s – run by a Jewish-American couple – , made headlines in 2019 after advertising itself as “clean” Chinese food with healthy ingredients that would not make people feel “bloated and icky the next day”.

Lucky Lee’s co-owner, nutritionist Arielle Haspel, told the Eater website: “There are very few American-Chinese places as mindful about the quality of ingredients as we are.”

The comments prompted a fierce backlash on social media from people who accused the restaurant of racist language, cultural appropriation, and a lack of understanding of Chinese food.

Haspel later clarified her comments, telling The New York Times that the intention was never to upset the Chinese community.

“We thought we were complementing an incredibly important cuisine, in a way that would cater to people that had certain dietary requirements,” she said.

US celebrity chef Andrew Zimmern was forced to apologise in 2018 after saying that his restaurant, Lucky Cricket, would save people from “restaurants masquerading as Chinese food that are in the Mid-west”.

Critics accused him of being patronising towards smaller restaurants run by immigrant families.

Food website Bon Appétit released a statement in June 2020 apologising for past recipes for “Vietnamese pho, mumbo sauce, flaky bread, and white-guy kimchi [which] all erased these recipes’ origins or, worse, lampooned them”.