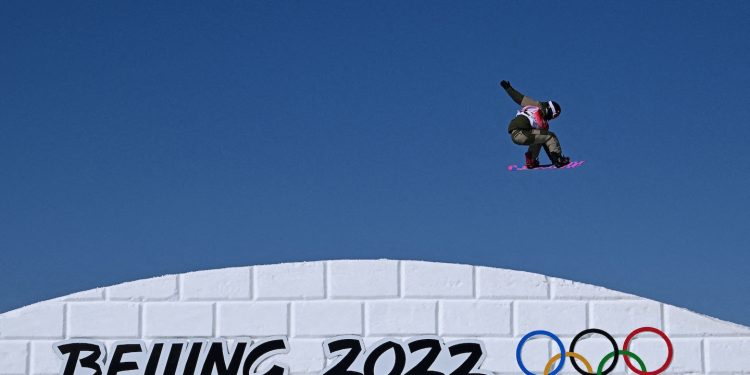 NBC — which has broadcast every Olympics since 2000 and will do so until at least 2032 — knew it was facing strong head wind coming into these Games. The 13-hour time zone difference between Beijing and the eastern United States meant most events would be as much as a half-day old by the time they aired in prime time. Another competition so close to the pandemic-delayed Summer Games in Tokyo in July might give viewers Olympics fatigue. And some worried that public health restrictions would sap some of the color from telecasts.

There’s also the long shadow hanging over the host country, China, given its record of human rights abuses, its threats to invade Taiwan, and its lack of cooperation in international efforts to investigate the coronavirus’s origins. Even some Olympians are participating in boycott campaigns.

And yet somehow, with all that going against them and expectations set low, the Olympic telecasts have still managed to underperform so far.

Friday’s Opening Ceremonies set the bleak tone, attracting 15.7 million viewers. That was the lowest figure ever and a decline of 44 percent from the kickoff of the 2018 Winter Games in South Korea. An average of 12.7 million people each day tuned in during the first four days of TV coverage, down nearly 50 percent from 2018.

Ratings for almost every kind of TV programming have been falling in recent years, but few have slid as far, as fast or from such commanding heights as the Olympics. NBC has lost nearly half the viewers who tuned in to opening night as recently as eight years ago. Once a towering TV event, the games now look merely … popular. By comparison, the drama series “NCIS” averaged 12.6 million viewers each week last season.

The diminished TV audience continues a downward trend that began even before 2014 — the year that NBC’s parent, Comcast Corp., paid the IOC $7.75 billion for the rights to carry every Olympics from 2022 through 2032.

But TV is only part of the story.

While news coverage has focused on the distressed television ratings, NBC has quietly built a broad Olympics following online by spreading clips, interviews and highlights across TikTok, YouTube, Facebook, Instagram, Twitter and other digital platforms. The Olympics has also helped boost its Peacock streaming service, which now has 9 million paid accounts.

NBC hasn’t disclosed how many digital viewers it has, in part because it hasn’t been able to track all of the clicks on its Olympics content, especially on social media. But the online audience is “huge, growing and additive” to the number watching on a TV set, said Mark Lazarus, chairman of television and streaming at NBCUniversal, NBC’s parent.

Despite the disappointing TV audience, digital-viewing behavior suggests that the Olympics may be more popular than ever, said Michael Socolow, a media historian at the University of Maine and the author of a book about the Olympics and broadcasting.

“Considering that Olympic videos on YouTube and TikTok are going to rack up hundreds of millions of views, I wouldn’t be surprised if these Olympic Games end up being one of the most-viewed video events in U.S. history,” he said. Combined with widespread interest in China, Socolow added, the Games in Beijing could become the most-viewed video program in world history.

Eventually, he expects the digital audience NBC is amassing will exceed its traditional TV audience for the Games — a landmark change for an event that traces its inspiration to ancient Greece, but gained much of its global appeal through the power of television in the 20th century.

As such, he says, the Olympics is evolving from a heavily produced sports-entertainment show watched by a mass audience each night into one composed of hundreds of short, independent pieces — a race, a routine, a medal ceremony — that people watch whenever they choose.

NBC’s Olympics audience is of vital importance to the IOC, considering how critical the network’s investment is to the competition’s financial health. NBC’s rights payments represent about 40 percent of the IOC’s total revenue, according to one estimate. The IOC, in turn, redistributes some of this money to national Olympic committees, providing a broad financial foundation for the Games.

The network’s money looms so large that the IOC over the years has moved various Olympic finals to odd hours in the host country so that NBC can broadcast the event live in prime time in the United States.

No one is sure how the shift from a live TV audience to an ad hoc digital one will affect the overall economics of the Olympics. But declining TV ratings don’t present an immediate threat to the IOC because NBC’s current contract extends for another decade, said Heather L. Dichter, an associate professor of sports management at De Montfort University in Great Britain. But the next rights negotiation — likely to take place after the Summer Games in Los Angeles in 2028 — might not prove as lucrative if the trend continues, she said.

In the meantime, the Olympic TV audience is not only shrinking but growing older, Dichter said, spurring the IOC to add more X-Games-style events to attract younger viewers, such as big-air snowboarding and skiing in the winter and surfing and climbing in the summer.

The sobering early TV ratings from China suggest NBC and other Olympics broadcasters around the world should be looking “sooner rather than later” for new digital outlets for Olympics content, she added.

But Lazarus, the NBCUniversal executive, doesn’t sound too worried. The Olympics in Tokyo last summer earned a profit for his company, despite many of the same obstacles as this year: lower ratings, the pandemic, an Asian time zone. The Beijing Games, he suggested, will probably turn out the same way.

“The delivery system changes, not what people consume,” Lazarus said. “The only question is what format and what length do [viewers] want? … We can show them what they want to see in many different ways.”