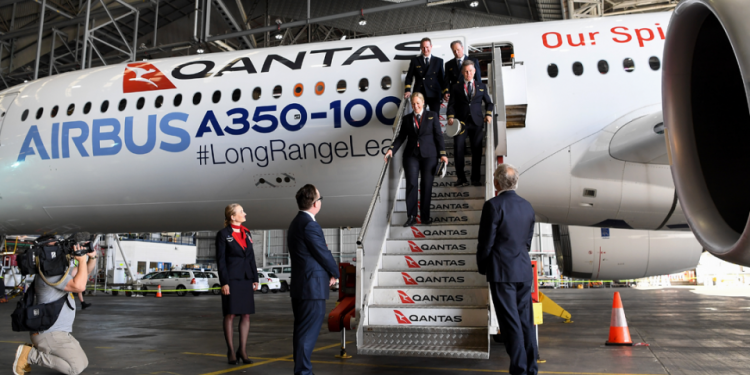 
When Qantas announced its new ultra-long-haul flights from Sydney to London and New York City this week, it wasn’t just a milestone for convenience.

The new routes – set to become the world’s longest by a wide margin – will also offer a more COVID-safe way to travel to the other side of the world compared with current options, which typically involve transiting via major airports in the Middle East or Asia.

With more than 40 years of aviation consultancy experience under his belt, Neil Hansford puts it this way: “I’m totally relying on every other country’s COVID management.”

“COVID is still very much in our lives but we’re learning to live with it,” the Strategic Aviation Solutions founder told The New Daily.

Mr Hansford believes that while travellers are able to make informed choices about the COVID risks in their destination country, layovers can be a lucky dip when people from around the world mingle.

Dubai Airport, for example, is a major hub for people travelling to and from Europe, Africa, the Middle East and Asia.

Just one planeload of infections…

All it takes is one planeload of people from a city that’s experiencing a spike in cases for there to be a significant increase in risk, he said.

Qantas’ non-stop flights to Europe and the US, due in 2025, will give Australians an alternative.

“If you don’t have to expose yourself to it, why do it?” Mr Hansford said.

The demand is there too, he believes.

Qantas recently replaced its existing Darwin-London route with a Perth-London route to avoid flying over Ukraine and Russia.

Seats have been so popular that the airline brought the service forward by a month to keep up.

“I’ve talked to other people who’ve run the COVID raffle, and they’re all saying, ‘We want to go direct’,” Mr Hansford said.

Planes tend to have good airflow on board. Half of that air is from outside, and the other half is filtered through HEPA filters.

Passengers generally stay seated facing the same direction and are blocked by headrests and bathrooms.

Transmission at the terminal

The same can’t be said for airports.

At international hub airports in particular, passengers from all over the world mingle with one another while they change flights.

Aviation rating site Skytrax has assessed the COVID-safe practices of 73 major airports around the world.

Of the handful of airports that Australians typically transit through, Doha Airport in Qatar received five stars, while Dubai Airport received four stars.

The auditors found that while Dubai Airport had robust COVID-safe policies, “there are concerns relating to the consistency of enforcing social distancing in busier terminal areas and, similarly, face coverings are not always correctly used by customers and staff”.

The aviation auditor has yet to assess Singapore’s Changi Airport or Abu Dhabi Airport. However, Singapore in particular has ever-changing entry requirements that make the nonstop alternative appealing to many passengers.