Why should you use Swift for creating applications? 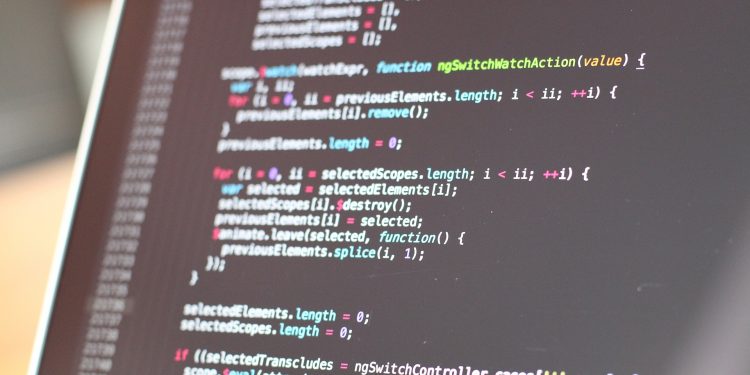 Companies that are interested in creating applications for the iOS operating system have often used a programming language such as Objective-C. This language is an “old man” in the world of programming, so the innovative solution today is Swift. It changed the process of creating programs, made it easier and gave new modern possibilities. Since 2014, this programming language has become an indispensable ally for professional developers, and was also created specifically for iOS.

Swift has a lot to offer users with a huge number of benefits that greatly facilitate the process of developing applications. Today we will look at the key pros and cons of this programming language, as well as get to know Swift better.

Swift: briefly about the main point

Most likely you are familiar with such applications as Facebook, Uber, Airbnb and so on. So, these applications were written in Swift. This programming language blew up the entire IT industry after it started being open source.

The possibilities of Swift are amazing – Lyft applications alone, having switched to this programming language, reduced the number of lines of code, while leaving a high level of quality.

If you want to find a professional team with the knowledge of Swift, you should click here: https://stfalcon.com/en/services/hire-flutter-developers

Many developers have already successfully switched to Swift, as this programming language is accessible and simple. And here are the main characteristics that might help you to understand the usefulness of Swift:

Using Lyft as an example, we learned that using this programming language, you can easily and quickly create applications for iOS. This happens because Swift does not require long lines of code, and Apple itself says that the speed of this language is 2.5 times faster than older programming languages.

Swift is designed to be a secure programming language that protects your memory and data by avoiding various vulnerabilities. In addition, it is able to control and prevent any errors, which makes the work easier.

Swift is pleasant enough for all users, since this programming language takes up less memory on the device, and also does not require a long time to install. This contributes to an improved user experience, which increases your rankings.

Swift is easily compatible with the programming language we mentioned earlier – Objective-C. For huge projects, this is a significant advantage, since using these two languages ​​can properly optimize the application.

ARC – Automatic Reference Counting helps Swift find non-livable instances that only take up memory. With the help of ARC, developers can remove unnecessary data, which affects good optimization. In addition, the application raises its level of performance.

If the developer wants to have the ability to prevent crashes and errors, and also wants to leave the code in a clean unchanged form, then he should resort to parameters that are optional.

Swift has been in the IT industry for more than 7 years, but many developers do not have deep knowledge of this language. Although Swift is a fairly simple programming language, it still requires effort and time to learn it. However, it is worth it, as Apple continues to invest in its development.

Swift may seem to seasoned developers to be limited in terms of useful tools or various thematic libraries, but it is important to remember that this innovation is still developing and growing. Moreover, Swift is ABI stable and backwards compatible. Therefore, this minus is not terrible.

This minus follows from the first, since we are talking about only a few developers using Swift. The community of this programming language is still small, so it can be difficult to find professionals.

To hire iOS programmer, you should contact companies or agencies that specialize in Swift so that you can create the perfect application.

In short, is Swift the future?

Today, Swift is a baby among many other well-known programming languages, but it is a great solution for those users who are interested in creating an iOS application. In a couple of years, Swift will easily force out the old people from the IT-field and become the first among competitors.

This language is available to every developer who is eager to create something new, in addition, Swift will help companies reach the next level through the creation of mobile applications.

Tags: In shortis Swift the future?Swift: briefly about the main pointWhy should you use Swift for creating applications
Previous Post

7 Top Training Games Misconceptions And The Realities Behind Them

7 Top Training Games Misconceptions And The Realities Behind Them