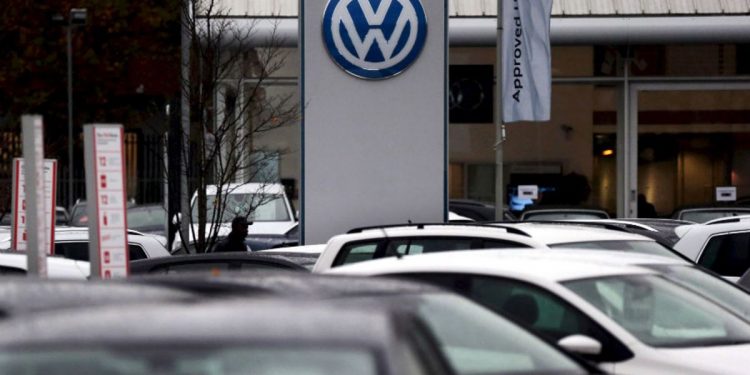 
In a surprising twist, Russia’s invasion of Ukraine will put “a substantial number” of additional new crossovers on the lots of U.S. Volkswagen dealerships in coming months.

Speaking Tuesday during Volkswagen Group’s annual press conference, CEO Herbert Diess said the German automaker would shift more production to North America and China, at least temporarily, as a result of the war.

That’s expected to mean increased output from VW-brand plants in Chattanooga and Puebla, Mexico, as well as the Audi plant in San Jose Chiapa, Mexico, all of which assemble crossovers sold primarily in the U.S. Chattanooga builds the three-row VW Atlas and two-row Atlas Cross Sport and is currently building non-saleable pilot versions of the ID4 battery-electric crossover, while Puebla assembles the VW Tiguan and Taos. The Audi plant produces the popular Q5.

The automaker’s plants in China were also expected to benefit, as scarce microchips that would otherwise be destined for use in Europe are reallocated to China and North America.

A lack of wire harnesses normally sourced from Ukraine was the most significant supply chain constraint at the moment, Diess said, affecting most German plants. If VW could not relocate production in three to four weeks, its outlook would need to be revised, Diess said.

“The war in the Ukraine has put our existing outlook into question,” Diess said.

A spokesman for VW Group of America confirmed that if given the opportunity to produce more vehicles for North America — i.e., by receiving a greater number of scarce microchips from VW’s global suppliers — the company would do so, and he said it would keep its dealers informed of upcoming changes.

Tom McMenamin, chairman of the VW National Dealer Advisory Council, confirmed dealers were expecting to “see a substantial number” of additional North American-built vehicles heading to their lots as a result of the shift. He declined to specify how many additional units of production.

McMenamin said getting more crossovers from Chattanooga and Puebla for VW’s 638 U.S. dealerships likely would allow the brand to gain U.S. market share as other automakers continue to struggle with their own supply constraints. “It’s going to make all the difference in the world to the dealers, and it’s going to give us a competitive advantage in our markets because we’ll have products and most of our competitors won’t.”