Why would Vladimir Putin risk a Ukraine invasion? Check his ‘ego,’ analysts suggest. 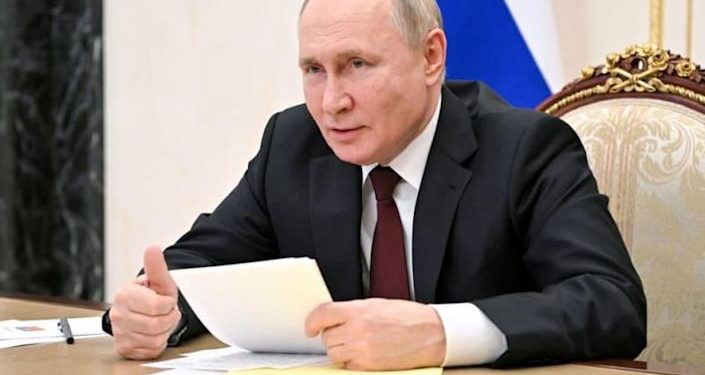 “Biden and his top aides acknowledge they are risking American credibility” by constantly warning that Russian President Vladimir Putin is about to launch a bloody, “unprovoked land war in Europe,” The New York Times reports. But they say “they would rather be accused of hyperbole and fearmongering than be proven right.”

Russia has maintained it has no plans to invade Ukraine, and Russian journalist Vladimir Pozner told NPR News on Tuesday that the feeling among Russians is that “Russia can win nothing by invading Ukraine,” On the contrary, he said, “it can lose a lot. Not only would it be a drawn-out guerrilla warfare kind of thing, which Russia cannot really bear. It would be total destruction of any kind of respect for Russia. There’s nothing to win and a lot to lose. And there are people who say that’s exactly what the West wants.”

On the Ukraine border, though, “most military indicators are in the red,” a Western intelligence official tells The Washington Post. “It all comes down to a political decision about whether to launch an attack. The Russians are actively fabricating the casus belli.”

“Putin has enough troops in place now to do what he wants to do when he wants to do it,” says Politico national security editor Ben Paukerand when assessing whether he will invade, “the word we don’t hear often enough is ‘ego.'”

Putin has “played the pressure/escalation game many times before in order to extend the sphere of Moscow’s influence” or just “put himself back in the center of the world stage,” Pauker writes. “But this time, it seems he’s boxed himself into a corner: invade and suffer the consequences of international opprobrium and crippling sanctions, or pull the troops back and return home to a public that might smell weakness. I think ego is a significant part of why observers are so worried that he might actually do this, despite the consequences.”

Putin’s sated ego might help avert an “overt” Russian invasion, too, former U.S. NATO ambassador Douglas Lute suggested Thursday. “He enjoys this position,” Lute told the Times. “Everyone’s paying attention to him, like they haven’t in years. And he feels in control.”

Does your ex own an illegal gun? Send them a ‘Valentine’s Day surprise’ from the ATF, agency tweets