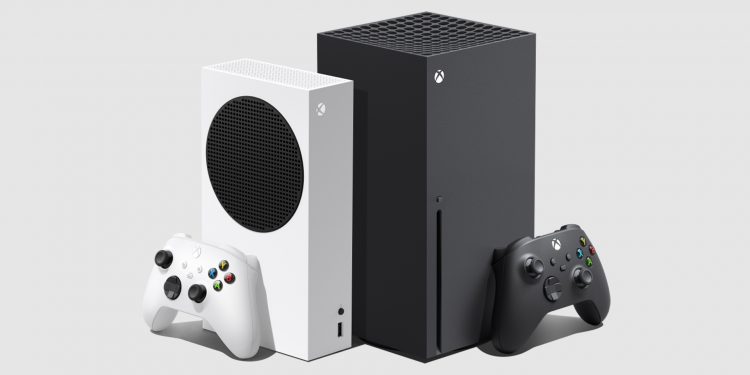 
Of course, it’s callous and dishonest to attribute the Series S’ success to everyone deciding to “settle” on a new console. There’s also the Game Pass factor to consider.

In January of this year, outlets such as Business Insider reported the Xbox Game Pass had amassed over 25 million monthly subscribers (a full 7 million more than January 2021’s reported subscriber numbers). It’s really becoming impossible to deny the growing appeal of Xbox Game Pass. For $10 a month ($15 for the plan that includes an Xbox Live Gold subscription), Game Pass subscribers have been able to access an ever-growing library of titles (including new releases). The optical drive-free Xbox Series S pairs surprisingly well with the Xbox Game Pass since gamers can download any title they want at any time (no discs necessary) and some games can even be played remotely via the cloud so they don’t take up the Series S’ limited SSD. Those same cloud gaming features even help close the performance gap between the Series X and S (even if the lineup of games that utilize those features is still somewhat small at the moment).

Interestingly, Microsoft’s strategy (and subsequent success) with the Xbox Series S is also strangely reminiscent of what we’re seeing with the PC gaming market. Like the Xbox Series X and S, gaming PCs come in a variety of price points that typically determine (among other things) their graphical power. Even though cheaper PCs can’t handle ray-traced graphics, virtually every modern gaming rig can play most games fairly smoothly. If one particular gaming PC is too expensive, you can usually find another one that fits your budget and comes pretty close to fulfilling your needs. The fact that it’s relatively easier to acquire a variety of viable gaming PCs at different price points has to be considered a big part of the reason why that industry continues to grow despite ongoing high-end GPU supply shortages. In a way, the Series S offers the console version of that “other” gaming PC that many people are finding suits their needs (at least for the moment).

Even though Sony’s 2021 earnings surpassed its competitors, these recent European sales figures strongly suggest that Xbox isn’t as far behind as some thought it might be at this point. Plus, Microsoft has sold over 100,000 Xbox Series X/S consoles in Japan, around half of which were Xbox Series S units. Granted, Sony pushed over 1.1 million PS5 units in their home country, but that’s still an impressive number considering that it took Microsoft four years to sell over 100,000 Xbox One consoles in Japan.

Across the board, it’s becoming clear that Microsoft and the Xbox team are slowly making headway and closing sales gaps. While it’s still far too early to start making bold predictions about how all of this will end, it is becoming clear that (through a combination of design decisions and circumstances) Microsoft was right to make the less powerful Xbox Series S their secondary console option. As hardware shortages continue, Game Pass continues to grow, and prospective next-gen console buyers start to get a little more impatient, we wouldn’t be surprised to see more people purchase Microsoft’s secret weapon and find themselves pleasantly surprised by how good of a console it actually is.

Do I still have to pay my estate agent if I sell my home to a friend?