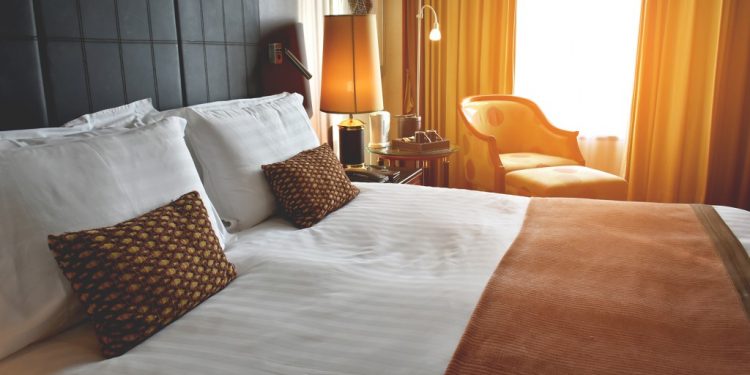 
Next time you are booking a hotel room, you should make sure it isn’t any higher than the fourth floor.

A travel risk expert has revealed the best way to stay safe at a hotel – and rooms below the second floor are advised against as well.

He explained: “When you arrive in a hotel, you’re in an unfamiliar environment which you think is safe. The problem comes that if there were to be a fire alarm go off, what do we do next?

“Do we know where the fire exit is? How are we going to get to it, and is it going to get you to safety? Is it blocked or locked?”

Because of this, Lloyd says “it is always worth walking the route of the fire escape, counting the number of doors between your room and the fire escape”.

He added: “Make sure you are staying between the second and fourth stories of the hotel because fire department ladder rarely reach above fourth story.

“Anything below this is targeted by burglars.”

In fact, to be extra vigilant against burglary, the Travel Survival Guide author said guests should never say their room number out loud while inside a hotel and they should get hotel staff to write down the room number instead of saying it out loud as well.

He explained: “Hotels attract criminals as there are a lot of people with their valuables or possessions either in their room or on them.

“Receptions and lobbies are where they can pose as fellow travelers.

“They are looking for people checking in alone because they can hear what room they are allocated –  the receptionist says they are in room 301 for example.

“When they then see that person in the bar or restaurant, they know that room is unoccupied and are unlikely to be disturbed.

“It is often the case that they have a way of gaining entry into that room, sometimes an inside job like getting cleaning staff to open the door for them and know they won’t get hindered.”

Anyone who is worried about being the target of theft while they are in their room should invest in a door wedge to take on holiday.

Lloyd explained: “Even if you’re in your hotel room and [criminals] have the master key, the door wedge underneath will stop even that.”

The latest on the Ukraine-Russia crisis: Live updates – CNN

The latest on the Ukraine-Russia crisis: Live updates - CNN