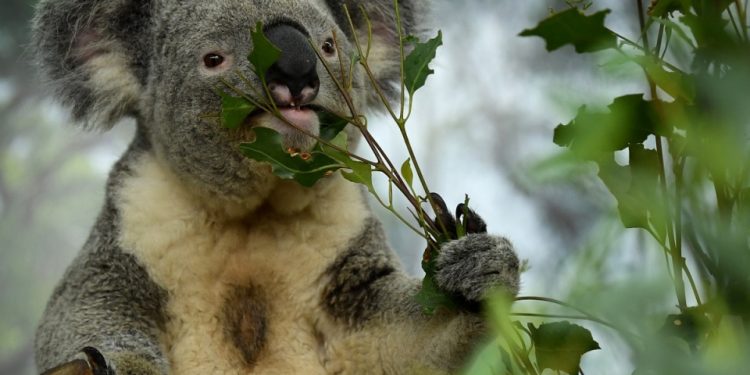 The federal government has released a national plan to save endangered east coast koalas despite concerns from Queensland, which has refused to sign it.

Federal Environment Minister Sussan Ley has promised a new national team to oversee recovery efforts for the iconic species, which has rapidly declined since 2012 when it was listed as vulnerable to extinction.

Earlier this year, koala populations in Queensland, NSW, and the ACT were bumped up the ladder of concern after Ms Ley accepted expert advice to reclassify them as endangered.

In doing so, she pointed to the pressures caused by climate change, habitat loss, bushfires, drought and disease.

On Thursday, Ms Ley said the new recovery plan and team would support protection and population recovery, and tackle other threats including disease.

“Actions under the plan include the identification of nationally important populations, national monitoring, restoration of habitat, and community education in urban and peri-urban areas.”

She also said it would co-ordinate action across all levels of government and the community, but the Queensland government has not sanctioned the plan.

State Environment Minister Meaghan Scanlon wrote to her federal counterpart less than two weeks ago saying the federal government had promised $50 million for koala conservation but there had been no allocation to the states.

“Guidance on allocation will be critical to state consideration of the recovery plan for the koala,” Ms Scanlon wrote.

The devastation of the Qld and NSW floods is not yet known. Many animals will tragically be unable to escape floodwaters, others are in urgent need of rescue and care. If you can, follow this link to support wildlife in need during this crisis: https://t.co/eEcC8XG7sU pic.twitter.com/kLROUNXv7v

She also said Queensland was concerned about the federal government’s response to the Samuel Review of Australia’s environmental protection laws, which found they were ineffective, complex, costly and of little environmental benefit.

A spokesperson for Ms Ley said Queensland was given an opportunity to sign onto the plan six weeks before it was due to be formally made, but didn’t do so in time.

“The plan remains effective across all states. The plan will provide the strategic basis for current and future koala funding from the Australian government.”

Conservation groups are happy there is now a recovery plan in place but say it fails to adequately address the two main threats to the species.

“It won’t stop koalas from going extinct, as it is. It has no strong binding commitments on the two key drivers of koala loss – habitat loss and climate change,” WWF Australia conservation scientist Stuart Blanch said.

“Lots of nice words, nothing explicit and tangible about stopping deforestation and a koala-safe climate.”

ACF welcomes the release of the long overdue national koala recovery plan… If we want our kids and grandkids to see koalas in the wild, governments must stop approving the bulldozing of their homes for mines and new housing estates. 🌿🧵https://t.co/D1AMxEaMMJ

“Our research shows in the decade since the koala was listed as vulnerable to extinction, the government has approved the destruction of 50,000 hectares of this species’ habitat.,” the ACF wrote.

“If we want our kids and grandkids to see koalas in the wild, governments must stop approving the bulldozing of their homes for mines and new housing estates.”

The plan has been jointly made with the NSW environment minister, and is supported by the ACT minister.