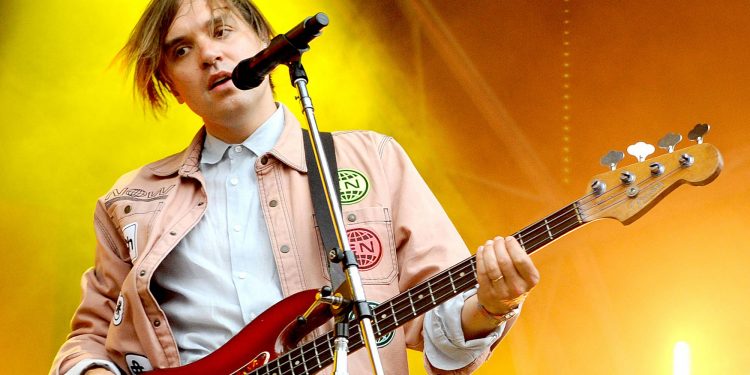 
Will Butler has announced that he’s quit Arcade Fire after two decades in the band.

The band were founded by multi-instrumentalist Butler’s brother Win in Montreal in the early 2000s, with Butler joining in 2004 ahead of their debut album, ‘Funeral’. The band returned this week with news of sixth album, ‘WE’, and a video for first single ‘The Lightning I, II’, in which Butler did not appear.

In a new series of tweets posted tonight (March 19), Butler has revealed that he left the band at the end of last year, saying that it is “time for new things” and that the band remain his “friends and family”.

Butler wrote: Hi friends— I’ve left Arcade Fire. I left at the end of last year, after the new record was complete. There was no acute reason beyond that I’ve changed—and the band has changed—over the last almost 20 years. Time for new things.”

I left at the end of last year, after the new record was complete. There was no acute reason beyond that I’ve changed—and the band has changed—over the last almost 20 years. Time for new things.

In a series of follow-up tweets, Butler revealed that he has begun work on a new solo album, which will follow 2020’s ‘Generations’, among other projects.

He added: “Thank you to anyone who’s come out to AF shows, or bought a record, or loves our music. It’s meaningful to be part of your lives. Thank you to the crew, staff, management, label people, bands, artists, and friends who have helped bring our vision to life for so many years.”

The band are still my friends and family. I’ll be around! See you around!”

The band are still my friends and family pic.twitter.com/0E1Dtj9vZm

‘WE’, Arcade Fire’s sixth studio album, will arrive on May 6 via Columbia Records and has been produced with long-term Radiohead collaborator Nigel Godrich along with the band’s Win Butler and Régine Chassagne.

Speaking about the new album, Butler said creating it was “the longest we’ve ever spent writing, uninterrupted, probably ever.”

Described as a “concise 40 minute epic” in a statement, it contains seven songs and is “as much about the forces that threaten to pull us away from the people we love, as it is inspired by the urgent need to overcome them”, according to a press release.

It added: “‘WE’’s cathartic journey follows a definable arc from darkness into light over the course of seven songs divided into two distinct sides – Side ‘I’ channeling the fear and loneliness of isolation and Side ‘WE’ expressing the joy and power of reconnection.”

Reviewing comeback single ‘The Lightning I, II’, NME wrote: “The Lightning I, II’ will certainly hit a chord with long-time fans of the band. It somehow seems deeply heartfelt and slightly unnerving all at once; humongous in its sound, but familiar and intimate to those who’ve followed them for nearly two decades. It feels pleasingly like we’ve been here before, but never quite this far into Arcade Fire’s modus operandi.”

Licensed Drone Photographer/Videographer/Mapper Looking for Agents to work with. : RealEstate

Licensed Drone Photographer/Videographer/Mapper Looking for Agents to work with. : RealEstate