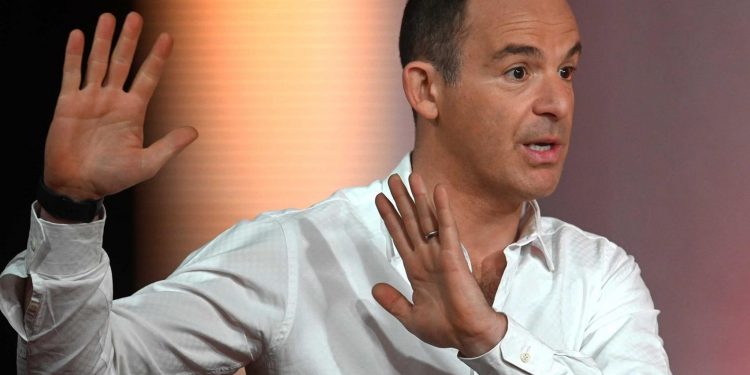 The Money Saving Expert stood in for Richard Madeley on Good Morning Britain this week and has received much support on social media from the show’s fans.

ITV Ukraine concert: When can I watch the STV fundraising gig with Nile Rodgers …

Viewers were impressed with his quizzing skills during an interview with Health Secretary Sajid Javid on Monday, as well as his take on the cost of living crisis.

Addressing Javid, he said: “Taking off my presenter’s hat for a second and putting on my campaigner’s hat; people on oxygen, people on dialysis machines, people in electric wheelchairs are in panic and shock that their lives are going to be cut off because of these energy rises.

“Please, will you champion those people, and make sure we don’t disable their lives. It’s not a question you don’t have to answer.”

After the interview, Lewis apologised to viewers for overstepping a line by voicing his opinion, however co-presenter Susanna Reid reassured him and said: “You’re forgiven by the way, you’re allowed to have an opinion.”

Despite Martin’s success on Good Morning Britain this week he has ruled out a permanent hosting role, posting on Twitter:

The Money Saving Expert stood in for Richard Madeley on Good Morning Britain this week and has received much support on social media from the show’s fans.

“Many kind comments about me doing @GMB more permanently. Sadly the workload & hours mean it’s not compatible with my day job, so I can’t do more. Shame, as I enjoy the challenge Yet being the Money Saving Expert is my calling & where I think I’ve most impact. I can’t risk that.”

Fans of the show have taken to social media to praise the host, with one fan saying: “I would like Martin Lewis to be our next Chancellor. He has got more knowledge & expertise than anyone else. Most of all Martin is realistic. Thank you Martin Lewis for everything you do for us.”

Good Morning Britain returns to ITV tomorrow at 6am.

Pusha T says he didnt get paid enough for writing iconic McDonalds jingle. So he made a diss track with Arbys. – The Washington Post