Will Smith Apologizes to Chris Rock: “I Am a Work in Progress” 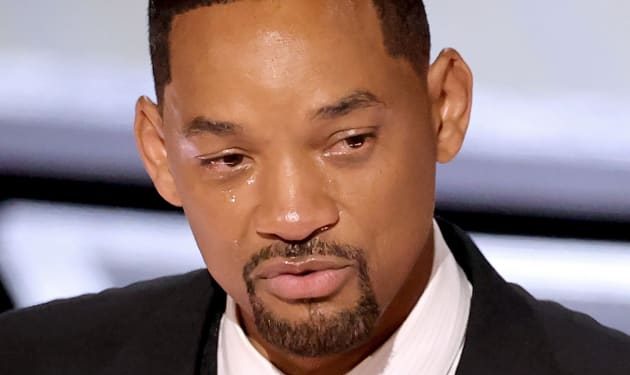 Will Smith has addressed the shocking elephant in the star-studded room.


On Monday night, the actor took to Instagram in order to issue an apology for his heinous actions the evening before.


For those somehow still unaware:


Smith walked on stage at the Academy Awards, after presenter Chris Rock made a joke about his wife’s appearance, and smacked Rock in the face.


“Violence in all of its forms is poisonous and destructive,” wrote Smith.


“My behavior at last night’s Academy Awards was unacceptable and inexcusable.


“Jokes at my expense are a part of the job, but a joke about Jada’s medical condition was too much for me to bear and I reacted emotionally.”


About 40 minutes after this stunning incident took place, Smith won his first-ever Best Actor trophy for his role in the movie King Richard.


“I would like to publicly apologize to you, Chris. I was out of line and I was wrong,” continued Smith.


“I am embarrassed and my actions were not indicative of the man I want to be.


“There is no place for violence in a world of love and kindness.”


I would also like to apologize to the Academy, the producers of the show, all the attendees and everyone watching around the world.


I deeply regret that my behavior has stained what has been an otherwise gorgeous journey for all of us. I am a work in progress.


The unexpected confrontation occurred Sunday night after Rock made a quip about Jada Pinkett Smith’s shaved head, relating it to the look Demi Moore rocked in the film G.I. Jane andd saying in part:


Previously, Pinkett Smith had revealed that she struggles with alopecia, an autoimmune disorder, which attacks hair follicles resulting in bald spots and hair loss


The actress was clearly unamused, rolling her eyes from her seat in the audience.


After initially laughing at the joke (prior to seeing his wife’s reaction), Smith approached Rock, slapping him hard across the left cheek — in front of the crowd and millions watching at home.


Back at his table, Smith shouted to  Rock: “Keep my wife’s name out of your f—ing mouth.”


He screamed the same thing after the comedian stammered and tried to explain that he had merely made a joke about G.I. Jane.


According to various sources, Rock has declined to press charges.


On Monday afternoon, the Academy said in a statement:


“The Academy condemns the actions of Mr. Smith at last night’s show.


“We have officially started a formal review around the incident and will explore further action and consequences in accordance with our Bylaws, Standards of Conduct and California law.”


Moreover, the Academy shared the organization’s Standards of Conduct that “provide an ethical framework for Academy members,” and stated:


“Members should act in a manner consistent with the good reputation of the Academy.”


Neither Rock nor Pinkett Smith has said anything about the incident.


While accepting his Best Actor Oscar on Sunday, though, Smith did delve into what transpired.


“Oh, man. Richard Williams was a fierce defender of his family,” the Best Actor winner said of the man he portrayed last year on the big screen, growing emotional.


Smith then revealed what Denzel Washington told him after the veteran actor spoke to him during the commercial break.


“Denzel said a few minutes ago, ’At your highest moment, be careful, that’s when the devil comes for you,’” Smith said.


“I want to say thank you to Venus and Serena and the entire Williams family for entrusting me with your story.”


Smith ended his speech with a mea culpa. Just not one for Rock. Not in that moment.


“But love will make you do crazy things. … Thank you for this moment.


“And thank you on behalf of Richard and the entire Williams family. Thank you. I hope the academy invites me back.”