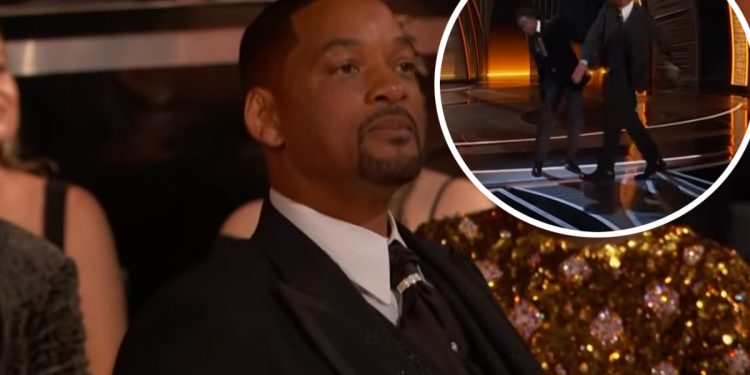 
The Academy of Motion Pictures Arts and Sciences is beginning “disciplinary proceedings” against Will Smith — and they have already revealed some shocking new details about what happened in the wake of the incident!

As you know by now, the 53-year-old has faced a ton of backlash after he walked onto the stage and smacked Chris Rock in the face for making a joke about his wife Jada Pinkett Smith during the award show on Sunday. One of the biggest questions (and criticisms) following the attack has been why Will was not kicked out of the event. Even host Wanda Sykes could not believe the King Richard actor wasn’t “escorted out of the building” after it happened!

Well, it turns out that the Academy actually did ask Will to leave the ceremony, but he “refused.” Whoa!? The organization said in a statement obtained by The Hollywood Reporter on Wednesday:

“Things unfolded in a way we could not have anticipated. While we would like to clarify that Mr. Smith was asked to leave the ceremony and refused, we also recognize we could have handled the situation differently.”

That is a pretty shocking revelation since everyone pretty much assumed that the show producers just did nothing and allowed him to stay! So the question now is how did they go about asking Will to leave? When did they ask him to exit the ceremony? It certainly doesn’t seem like they insisted very hard…

Additionally, the Academy noted that the Fresh Prince Of Bel-Air alum will receive at least 15 days’ notice about the vote, as well as for him to speak out on the situation to the board via a written statement:

“Consistent with the Academy’s Standards of Conduct, as well as California law, Mr. Smith is being provided at least 15 days’ notice of a vote regarding his violations and sanctions, and the opportunity to be heard beforehand by means of a written response.”

The org further mentioned that it will possibly decide at the next board meeting on April 15 how to proceed with “disciplinary action,” which could include “suspension, expulsion, or other sanctions permitted by the Bylaws and Standards of Conduct.” Wow…

The Academy then took a moment to apologize to Chris, the other nominees, guests, and viewers in the statement, saying:

“Mr. Smith’s actions at the 94th Oscars were a deeply shocking, traumatic event to witness in-person and on television. Mr. Rock, we apologize to you for what you experienced on our stage and thank you for your resilience in that moment. We also apologize to our nominees, guests and viewers for what transpired during what should have been a celebratory event.”

We’ll have to see what the Academy decides to do in the end with Will. Whoopi Goldberg, a member of the Academy’s Board of Governors, previously teased there would be some “big consequences” for him, so it does not sound like he will be getting away scot free.

However, it will apparently be some time until we find out the Men In Black star’s fate. The organization previously said in a letter to Academy members, also obtained by The Hollywood Reporter, that it could take “a few weeks” to come to a decision, saying:

“Sunday’s telecast of the 94th Oscars was meant to be a celebration of the many individuals in our community who did incredible work this past year. We are upset and outraged that those moments were overshadowed by the unacceptable and harmful behavior on stage by a nominee. To be clear, we condemn Mr. Smith’s actions that transpired Sunday night. As outlined in our bylaws, the Academy’s Board of Governors will now make a determination on appropriate action for Mr. Smith. As governed by California law regarding members of nonprofit organizations like the Academy, and set forth in our Standards of Conduct, this must follow an official process that will take a few weeks.”

A few weeks. Wow. We guess that must mean they’re doing something, right? The statement continued:

“We will continue to update you on any developments, but we also ask that you respect your Board, Academy staff and the process as this unfolds so it can work in the considered way it was intended and mandated. Please trust that the Board of Governors will conduct this process in a manner that is both expedient and respectful of all involved while maintaining the standards of the Academy.”

What are your thoughts on the latest from the Academy’s investigation? Are you surprised they asked Will to leave? Sound OFF with your reactions in the comments!