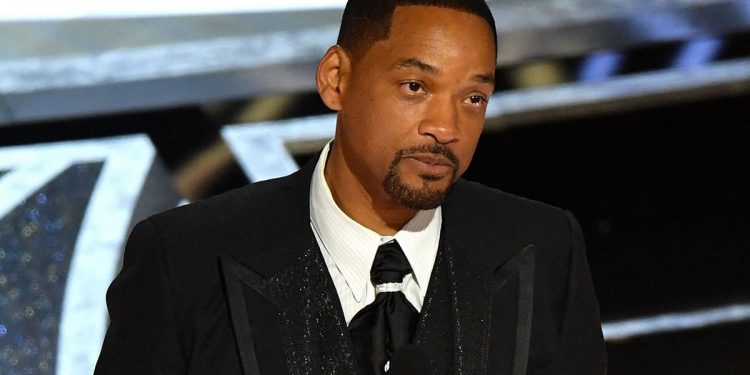 
Will Smith has revealed what Denzel Washington told him during a short ad break after his unexpected outburst when he hit Chris Rock at the Oscars. This came after he jibed at Will’s wife Jada

Oscars: Will Smith delivers emotional speech as he accepts award

Denzel Washington had a quiet word with Will Smith after the Best Actor winner smacked host of the Oscars Chris Rock in the face during the live broadcast of the awards ceremony.

Will got angry when Chris made a sly jibe at his wife Jada Pinkett Smith and her buzzcut, saying: “Jada, can’t wait for GI Jane 2.”

After it was said, Will stormed up on stage and slapped the presenter around the face before shouting: “Keep my wife’s name out of your f****** mouth.”

Will’s wife Jada has previously spoken out about her decision to shave her head after suffering from alopecia, and has been open about the condition.

Chris referenced GI Jane as actress Demi Moore famously shaved her locks into a buzzcut to play the role in the 90s.

After Will’s unexpected outburst, fellow actors rallied around the former Fresh Prince Of Bel Air to console him – and one of those actors was Hollywood legend Denzel Washington.

In an ad break fans spotted Denzel and Will sharing a moment with one another where the pair were engrossed deep in conversation.

Soon after the pair spoke, Will headed up onstage to accept his Best Actor Oscar, addressing the audience and reciting something that Denzel had told him moments prior.

He added: “Denzel said to me a few minutes ago.

“In your highest moments, be careful, that’s when the devil comes for you’.”

Will Smith slapped comedian Chris Rock at the Oscars
(

He also added: “Art imitates life. I look like the crazy father, just like they said about Richard Williams.”

Last night wasn’t the first time that Chris Rock made Jada the butt of his jokes.

He once joked about Will’s wife in the past when hosting the Oscars – back in 2016.

At the time he made a joke and said: “Jada Pinkett Smith boycotting the Oscars is like me boycotting Rihanna ’s panties—I wasn’t invited!”