Will Smith Was Asked to Leave Oscars But Refused, Academy Now Says 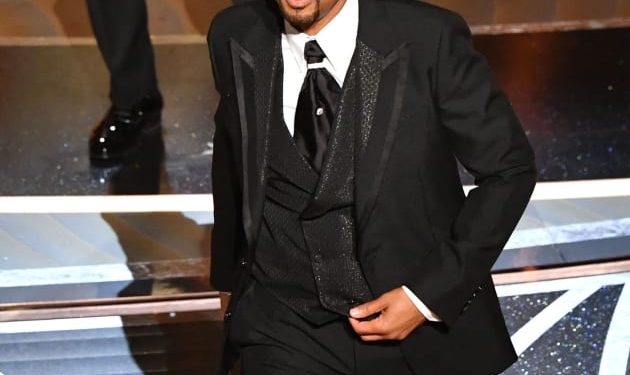 We now have an answer to one of the most pressing questions of the week in celebrity gossip:


Why was Will Smith allowed to simply return to his seat after smacking Chris Rock in the face Sunday night at the 2022 Academy Awards?


As it turns out…


On Wednesday, the Academy of Motion Picture Arts and Sciences released a rather shocking statement, revealing to the public what transpired after Smith slapped Rock on stage for making a joke about his wife.


“Things unfolded in a way we could not have anticipated,” this new message reads.


“While we would like to clarify that Mr. Smith was asked to leave the ceremony and refused, we also recognize we could have handled the situation differently.”


Ever since the stunning incident, many have wondered how Smith was able to get away with what amount to assault — without any repercussions of any kind.


While Rock will not be pressing charges against Smith, it sounds like punishment of a different kind may be forthcoming.


Added the Academy this afternoon:


“The Board of Governors today initiated disciplinary proceedings against Mr. Smith for violations of the Academy’s Standards of Conduct, including inappropriate physical contact, abusive or threatening behavior, and compromising the integrity of the Academy.”


It sounds to us like Smith may be stripped of his Best Actor trophy.


“Consistent with the Academy’s Standards of Conduct, as well as California law, Mr. Smith is being provided at least 15 days’ notice of a vote regarding his violations and sanctions, and the opportunity to be heard beforehand by means of a written response.”


At the next board meeting, set to take place on April 18, the Academy added it “may take any disciplinary action, which may include suspension, expulsion, or other sanctions permitted by the Bylaws and Standards of Conduct.”


Smith won the honor cited above for his role in the movie King Richard.


But almost no one was talking about this victory, not after Rock made a quip about Jada Pinkett’s shaved head while presenting at the event and Smith responded with the most unexpected slap in show business history.


He then returned to his seat and screamed twice at the comedian:


Keep my wife’s name out of your f-ckin mouth!


Rock, who has not yet commented on this confrontation, managed to remain calm throughout and eventually present the award for Best Documentary.


In the Wednesday statement, the Academy also issued an apology to Rock, as well as everyone in attendance at Sunday’s event and those watching from home.


“Mr. Smith’s actions at the 94th Oscars were a deeply shocking, traumatic event to witness in-person and on television.


“Mr. Rock, we apologize to you for what you experienced on our stage and thank you for your resilience in that moment.


“We also apologize to our nominees, guests and viewers for what transpired during what should have been a celebratory event.”


Smith has since apologized to Rock, the Academy and basically everyone since the shocking exchange between him and his fellow star, writing in part in a lengthy Instagram post on Monday:


“I would like to publicly apologize to you, Chris. I was out of line and I was wrong.


“I am embarrassed and my actions were not indicative of the man I want to be.


“There is no place for violence in a world of love and kindness.”


I would also like to apologize to the Academy, the producers of the show, all the attendees and everyone watching around the world.


I would like to apologize to the Williams Family and my King Richard Family.


I deeply regret that my behavior has stained what has been an otherwise gorgeous journey for all of us. I am a work in progress.