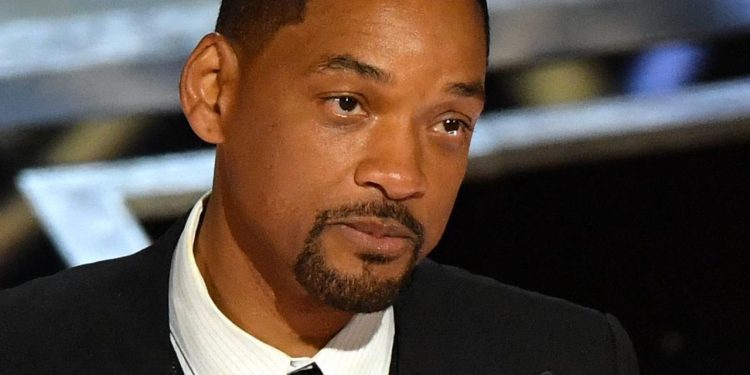 Will Smith’s future projects are beginning to feel the impact of his shocking Oscars slap as the fallout from the violent scene continues.

Will Smith is facing further blows to his career amid the fallout from his infamous slap of Chris Rock onstage at this year’s Oscars.

According to The Hollywood ReporterNetflix has “quietly moved” the Best Actor winner’s next project, Fast and Loose“to the back burner” in the wake of the scandal.

Fast and Loose tells the story of a crime boss (played by Smith) who loses his memory after an attack, and as he pieces together clues, realises that he had been living a double life.

Coincidentally, the movie’s director, David Leitch, had withdrawn from the project just one week before the Academy Awards, which had left Netflix scrambling to replace him.

THR now claims Netflix was “understandably wary” of moving forward following Smith’s outburst and the future of Fast and Loose is now unclear.

It’s the first production of Smith’s to be impacted by the Oscars incident, but it’s looking increasingly likely that others are set to follow.

THR also quotes a source revealing that Sony is pausing development on Bad Boys 4despite the actor having received dozens of pages of a script prior to the Academy Awards, and adding that other pre-production films are facing the same fate.

Smith, 53, announced his resignation from the Academy of Motion Picture Arts and Sciences, calling his actions at the Academy Awards “shocking, painful and inexcusable”.

The statement came amid a formal review of the incident, which saw the actor storm the stage and slap Chris Rock after the comedian made a joke about his wife, Jada Pinkett Smith.

A short time later, Smith went on to win Best Actor and received a standing ovation as he gave his acceptance speech – which offered an apology to “the Academy” and his fellow nominees, but tellingly, not to Rock.

Another apology came a full day later, with Smith posting a message to Rock via Instagram, in which he admitted he was “out of line” and “embarrassed”. He added that he “deeply regretted” what had happened and was a “work in progress”.

On Thursday, the Academy gave Smith “15 days’ notice of a vote regarding his violations and sanctions, and the opportunity to be heard beforehand by means of a written response”.

The Academy’s next steps in relation to the slap will be decided on April 18.

While the penalty imposed by the Academy remains to be seen, how this will all impact the newly-crowned Oscar winner’s career going forward is still up in the air.

However, according to The Hollywood Reporterthere’s plenty of reason for Smith to remain optimistic.

The publication claims that while there will be a short-term fallout, industry insiders believe it will prove to be a “minor road bump” in the long run.

“He’s not kryptonite yet,” a studio executive told the THR.

“He has to sit in the penalty box for a bit. He’s going to do some interview with someone like Gayle King and it will kind of wash away.”

THR also quotes another veteran studio executive as being fairly optimistic, although the source added that a reconciliation with Rock would be extremely helpful in repairing his damaged image.

However, the insider added that there would be challenges to consider for anyone looking to hire Smith in the coming months and years, with the insider telling THR that studios would need to weigh up whether they needed “the aggravation” of having him involved.

“If (his reps) say, ‘Will really wants to do this and it’s important to him,’ there are ways for him to say, ‘I’m cutting my price but not (permanently) cutting it.’”

Johnson did not ‘intentionally’ lie to MPs over Partygate, Raab bluffs

Ex Wales rugby player wants to raise £500,000 for heart transplant in the US

Ex Wales rugby player wants to raise £500,000 for heart transplant in the US