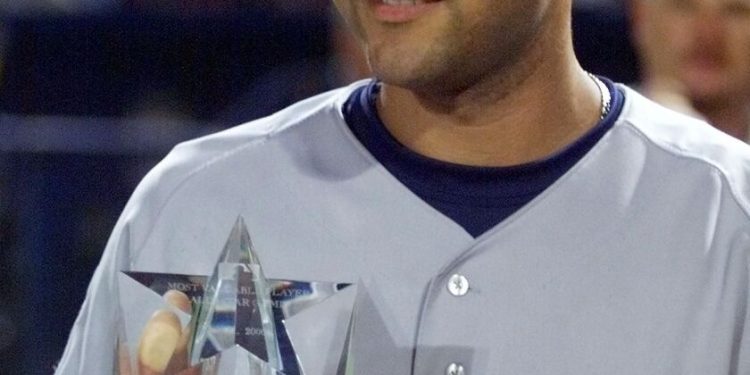 
LOS ANGELES — Dylan Cease walked off the mound Sunday in possession of the major league strikeout lead, with 150, and well on his way to his ninth win. Unfortunately, he was headed from Minneapolis to anywhere but Dodger Stadium, site of Tuesday’s All-Star Game.

Snubbed! Rarely does the word fit the occasion better. Cease — not shortstop Tim Anderson or closer Liam Hendriks — has been the White Sox’ MVP, standing tall when the team has desperately needed him. Look no further than his performances in his last two starts of the first half.

Instead, we’ll see All-Star starting pitchers such as Nestor Cortes from the Yankees and Paul Blackburn from the A’s, who aren’t — unlike Cease — in the thick of contention for a Cy Young award. Yawn. And from the Sox, we’ll see Anderson, who had a real odyssey of a first half — lots of errors and bad base running mixed in with all those hits — and Hendriks, a late addition to the American League squad.

And while the baseball world celebrates superstars Aaron Judge, Shohei Ohtani, Ronald Acuna Jr. and Mookie Betts and doffs its cap to sentimental roster appointees Miguel Cabrera and Albert Pujols, Cubs fans will tune in knowing almost for certain that starting NL catcher Willson Contreras — and possibly reserve outfielder Ian Happ — is representing the team on a big stage for the final time.

Contreras and brother William, a catcher for the Braves, will be in the National League starting lineup together, with the younger Contreras at designated hitter. What a thrill for them. Pretty special. Here’s what’s happening:

Come for the Kyle Schwarber-vs.-Albert Pujols showdown in Round 1. Stay for the Pete Alonso-vs.-everybody showdown as the Mets bopper goes for his third Derby title in a row.

A seven-part docuseries on Yankees Hall of Famer Derek Jeter? OK, we’ll bite — but are we horrible for wanting to skip straight to the feud with Alex Rodriguez and the gift baskets for lady friends?

It’s the CONCACAF final in Guadalupe, Mexico, with the winner receiving an automatic berth in the 2024 Paris Olympics and the loser forced to try to say “CONCACAF” 10 times really fast.

We’re sure Anderson, Hendriks, Contreras and Happ will do their best to represent our city. Meanwhile, there’s absolutely no truth to the rumor Cubs prez Jed Hoyer is trying to trade his two All-Stars to the American League squad.

Lots of folks just assume the Sky and Aces are on a collision course for the championship. Something tells us Breanna Stewart, Jewell Loyd, Tina Charles and Sue Bird — 29 All-Star nods between ’em — see things a bit differently.

Steph Curry can do it all with ease on the court, but hosting an awards show? Man, that’s challenging stuff even without the customary smack in the face from Will Smith.

And so begins the second half of the season. Look, we didn’t say it was a good thing.

Division rivals open a four-game set at Guaranteed Rate Field, where the Sox have been overly hospitable to their guests all season. Seriously, are the red carpet and tea sandwiches really necessary?

It’s the third doubleheader between these teams this season, which seems like a lot. Don’t even think about it, Mother Nature.

See Dick Vitale as you’ve never seen him before, behind the scenes as he struggles against serious illness. May he soon feel awesome, with a capital A.

Last month in Brooklyn, Courtney Vandersloot won it for the Sky on a three-pointer with 0.9 seconds left. Believe it or not, that was even more exciting than the Sky’s 83-50 win in the teams’ first meeting of the season.

It’s the first soccer match ever played at Lambeau Field. We’re for whoever isn’t wearing green.

Nothing says cycling like the closing sprint on the Champs-Elysees followed by the ceremonial dumping of a Gatorade cooler filled with PEDs over the head of the winner.

After this, the Cubs return home for what could be — brace yourselves — Contreras’ (and others’) final couple of games at Wrigley Field before, well, you know.

David Ortiz, Jim Kaat, Tony Oliva and the late Orestes Minoso are among those being honored in Cooperstown. You “go-go,” Minnie.