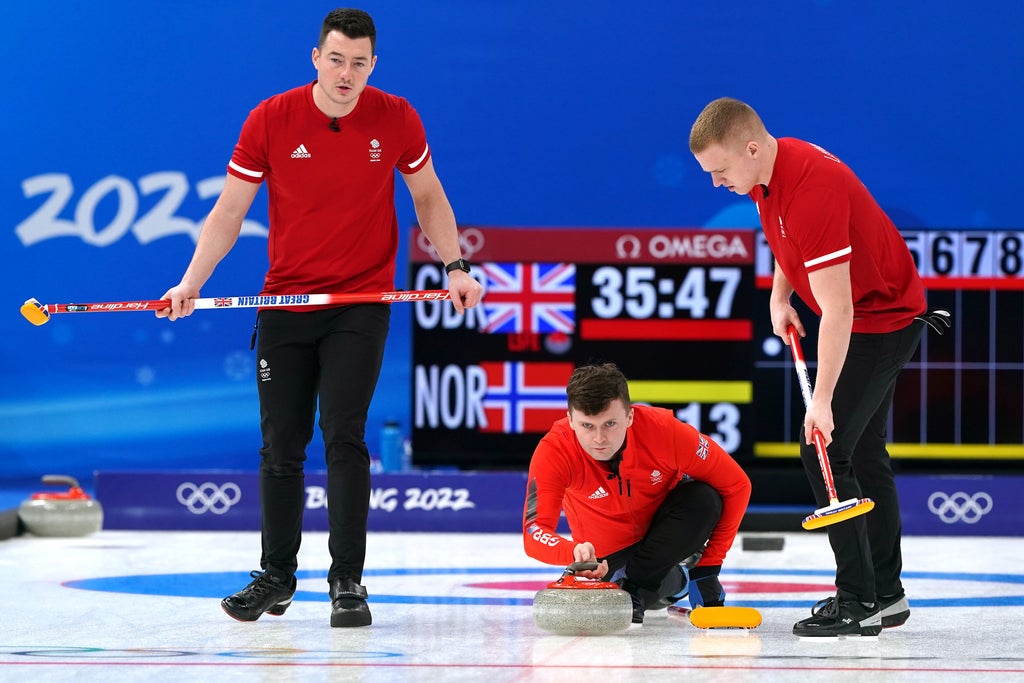 Kamila Valieva’s Olympic dreams are hanging by a knife-edge as the bewildered teenager was pitched into a battle between the International Olympic Committee and Russia. Valieva, just 15, was meant to be the face of these Games but news that she had tested positive for banned substance Trimetazidine, which is used to treat angina, sent shockwaves through the Games though the case was complicated by a lack of details and her minor status.

American snowboarding star Shaun White narrowly missed out on the podium, the three-time Olympic champion taking fourth spot in what he said was his final Games. Meanwhile, Mikaela Shiffrin, who returned to the slopes to compete in the super-G after dramatically failing to complete runs in both the giant slalom and slalom, earned ninth spot in the race. The three-time Olympian and two-time Olympic Alpine gold medalist finished the race 0.79 seconds behind Swiss skier Lara Gut-Behrami, who takes the Olympic gold medal.

Britain’s men suffered their first defeat in the curling round robin stage, losing 9-7 to defending gold medallists Team USA, but Bruce Moaut’s men bounced back from the loss to convincingly beat Norway 8-3. GB’s women fell to defeat after a 9-6 loss to Korea, and Eve Muirhead’s team will need to bounce back strongly tomorrow against the USA. Follow the latest update below.

It was billed as the great Olympic showdown but, in the end, high-flying student and higher-flying skater Nathan Chen was simply in a class of his own.

It wasn’t flawless but it got pretty close, Chen landing all five of his quad jumps to become the first American in 12 years to claim Olympic men’s figure skating gold.

It’s a Germany one-two in the men’s skeleton!

Christopher Grotheer has blitzed the rest of his fellow rivals, winning by 0.66 seconds from fellow countryman Axel Jungk.

China’s Wengang Yan will have to settle for the bronze.

Team GB curler Bobby Lammy is hopeful the team can build on the 8-3 win over Norway – their second win in three round robin matches so far.

The British Olympic athlete said: “They were always going to be a tough match but we knew that if we brought our best and got that hammer at the start, we were going to be on the front foot.

“We got that jump and controlled it from there – onwards from here.”

GB struggling in the skeleton

Team GB have failed to make any inroads towards winning a medal in the skeleton at this year’s Winter Olympic Games.

But why is that? Olympic champion skeleton athlete Lizzy Yarnold, who won gold in both 2014 and 2018, has had her say.

Speaking on BBC’s coverage of the Games, she said: It’s very difficult to speculate. Only those in the team really know what’s going on. But sleds can be bought – some sleds are commercially available – while the British sled is actually developed in-house, and a lot of research goes into it. So that’s the sled.

“Lots of rules are there so the sleds aren’t completely different to each other but they are well regulated, and then you have the runners that attach underneath, so it’s the combination of that.

“I’m sure the British programme will be asking questions: How can it improve? But it’s not just about the technology. I think it’s very easy to go to that question.

“It’s also about learning the track, the fact that athletes are still making some small mistakes on the track. It’s a night-time race, yesterday was a morning race. The humidity’s different. There are lots of other technical things that are going on as well as the equipment.”

Canada are utterly tearing Sweden apart in their women’s ice hockey quarter-final right now. It’s not even the end of the second third and they already lead 9-0. A quite remarkable performance from the 2018 silver medallists.

Canada were pipped to the gold medal by rivals USA four years ago. Can they go one step further this time around?

They’re breezing into the last four, that’s for sure.

What is the hammer in curling?

The hammer is a crucial part of curling.

The team that has the hammer is able to throw the final stone of each end, generally a significant advantage, with all other stones thrown and the current scoring situation clear.

Whichever team doesn’t score during an end will get the hammer in the next round – this sometimes causes teams to avoid scoring just a single point, instead preferring to retain the hammer and score more heavily in the next end.

It is retained if neither team scores.

Team GB react to their curling win over Norway

Bobby Lammie on Team GB’s win over Norway: “A lot better, all of us better with the weight of the draw [against Norway than earlier vs USA] and that was the difference tonight.” The team reveal their day off tomorrow will be spent lying in, going shopping at the athletes’ village mall, getting haircuts and playing table tennis. Well deserved.

Norway win the point but offer up handshakes, knowing there is still too much to do to realistically win the game. A good win for Britain and their second of the round robin phase, putting themselves in a good position in the early standings. Of the 10 nations competing in the men’s event, only Sweden and Canada are unbeaten so far.

The seventh end is paused as GB take a timeout to consider how to dislodge Norway’s centre stone. They can come at it from either side but one route is a big draw and the other requires a deft deflection off another stone. Bruce Mouat decides to go with the latter, and he plays it to perfection, knocking out Norway’s stone after bouncing off his own. Norway have the hammer, but they are not getting more than one point from this end.