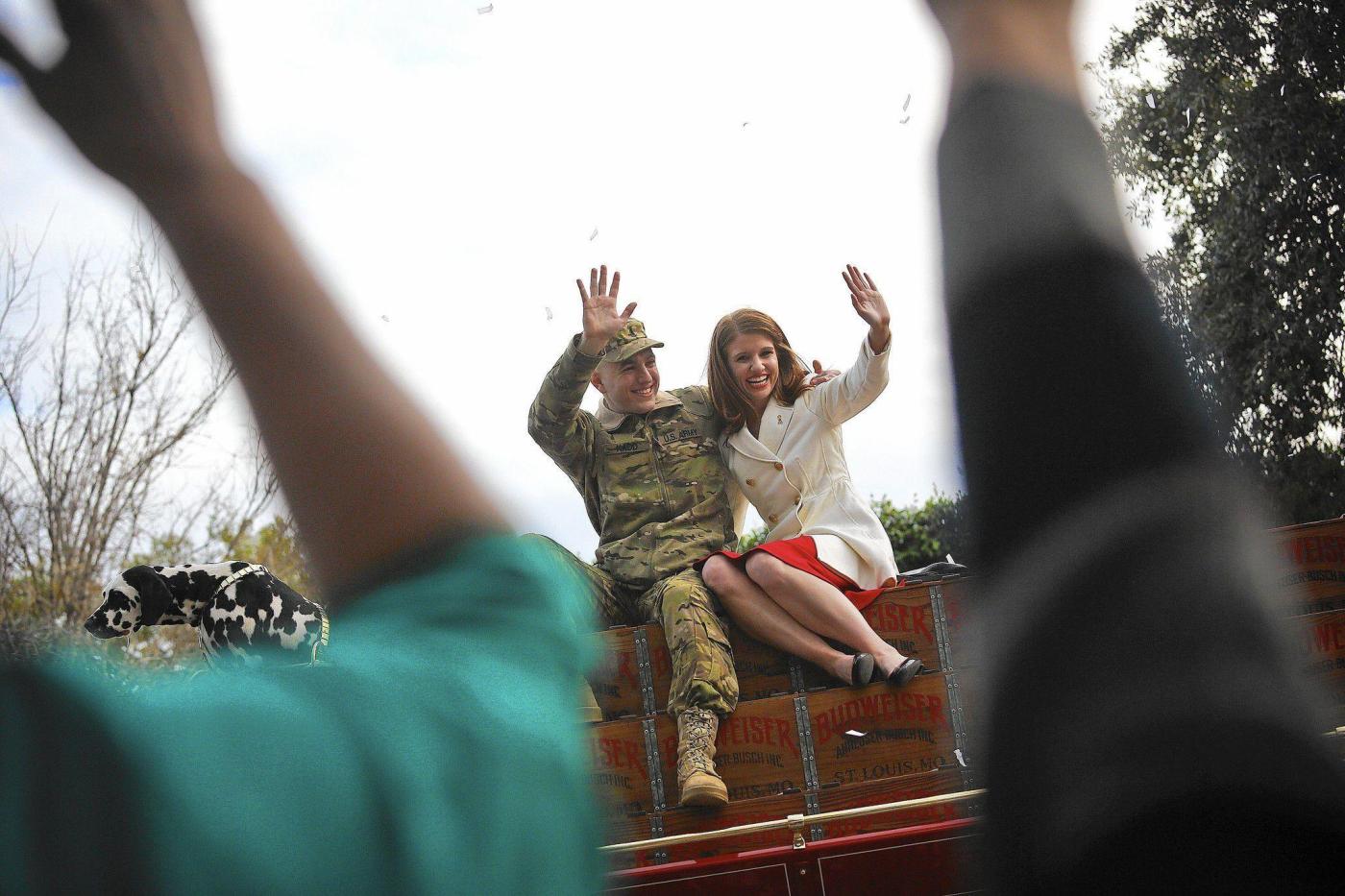 Eight years ago, Army Lt. Chuck Nadd was featured in a Budweiser Super Bowl commercial when his hometown of Winter Park threw him a parade when he returned from Afghanistan.

In 2022, Nadd is in the spotlight again, this time as a Republican primary challenger to Senate President Wilton Simpson in the race for agricultural commissioner.

Simpson has name recognition, has raised more than $1 million, and — most importantly in a Republican primary — has the endorsement of former President Donald Trump.

But Simpson notably doesn’t yet have the endorsement of Florida’s most prominent Republican: Gov. Ron DeSantis.

“It seems to me that DeSantis is using the carrot-and-stick approach to endorsements,” said Aubrey Jewett, a professor of political science at the University of Central Florida. “… The carrot being, the implicit promise, not an explicit promise, but the implicit promise that he would back Simpson at some point in the future, but the stick being, ‘I haven’t done it yet, and there’s no guarantee I will, and especially if you cross me and some of my priorities. Then maybe I’ll endorse your opponent.’”

DeSantis has one last thing he wants the state Senate to do this year. The Legislature is reconvening on Tuesday to approve a congressional redistricting map after the governor vetoed the lawmakers’ original plan.

The governor wants a map that gives the GOP a 20-8 advantage in seats and would eliminate a Black access district in North Florida.

DeSantis has leverage over the Legislature, as he can still hamper their plans by wielding his line-item veto power on the state’s $112 billion budget. For Simpson, his endorsement for agricultural commissioner is another piece of leverage.

DeSantis was asked at a press conference in Miami on Tuesday if he would endorse Simpson, who was standing right next to him.

The governor laughed and said, “We’ve got some more work to do for the [session] coming up.” He then praised Simpson for working well with him.

While the event was official state business, DeSantis has not been shy about talking politics at them, at one point calling for “a red wave” in November.

Nadd, 32, is a Harvard graduate who flied Black Hawk helicopters and spy planes and served two tours in Afghanistan.

He is one of three other Republicans running for agricultural commissioner, along with Richard Olle of Hillsborough County and James Shaw of Vero Beach. Democratic incumbent Nikki Fried is leaving the job to run for governor, and so far just one Democrat, Ryan Morales of Clermont, is listed as running.

But neither of those other GOP candidates have had the exposure of being the star of an ad seen by millions. Or has a campaign run by the same person running DeSantis’ campaign.

On his website, Nadd ties himself to DeSantis, saying he was running “to promote clean water and a strong pro-growth, conservative agenda alongside Governor Ron DeSantis.”

Nadd, who filed earlier this month, has not released any contribution filings.

Nadd and his treasurer, Watkins, did not return requests for comment. But in a statement to Politico upon filing, Nadd “ripped into [Simpson] over guns and immigration and called him a ‘shill’ for the sugar industry,” Politico wrote.

Simpson, who will finish out his time as state Senate president in November, filed to run for agriculture commissioner last year after getting the thumbs up from Trump.

“I hope he runs for Florida Agriculture Commissioner in 2022 — he will have my Complete and Total Endorsement!” Trump wrote in an email. “Wilton has been a great supporter and worked hard to get many good Conservatives elected in Florida.”

But as former Agriculture Commissioner Adam Putnam found out, endorsements, or the lack of them, can play a key role in GOP primaries in Florida.

“We’ve seen that being part of the Republican establishment doesn’t mean that you get the nomination,” Jewett said. “DeSantis himself knocked off Adam Putnam” in the 2018 GOP primary for governor.

Putnam was the favorite until Trump’s endorsement of DeSantis, Jewett noted.

If Nadd gets DeSantis’ backing, “You know, he would have a chance,’’ he added.

I tried Starbucks’ vegan tuna sandwich. The color didn’t look right but the texture was just like fish.

Fake text messages on the rise, but experts warn Australians most losses are from more sophisticated scams | Scams